Edge of the Storm part 4: Into the Jungle

It has been a while. This must be the longest running campaign I have managed...even though it is only four sessions.

Corde and Lief are trying to unravel the mystery of why these people are here and who they are.

The shotgun-armed lady is Tonita Wildner - de facto leader of this small community of escapees.
"Escapees of what though" Lief attempts to gather further information.
"Slavery. Dancers, house maids, other more nefarious things. You name it, we have escaped from it. Some of us have been on the run for years, decades even" explains Tonita.  "Every now and then attempts are made to find us, but we have managed to settle here on Deon B for a while now. We were hoping this might be a long term situation.Your presence and loud entrance probably mean we need to get packed up and move on. There are more of us in the jungle. We are just the farm community, growing these nutri-pods in order to feed the rest of the community. 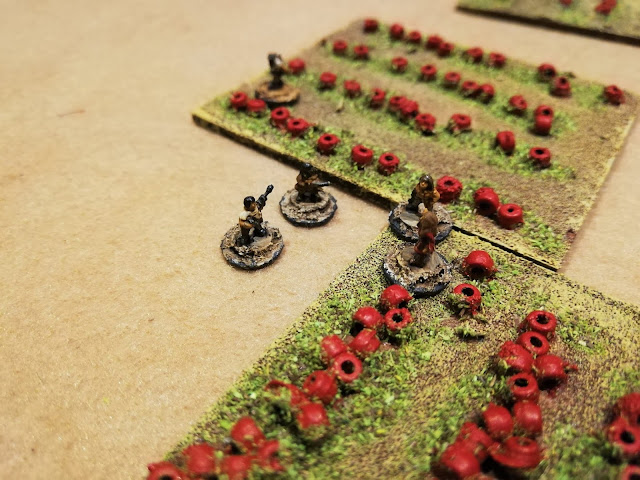 They had planned for this. Everything important was packed up within the hour and the route was planned through the jungle to the central hub where the rest of the escapees were ready to ship out and search for a new home. 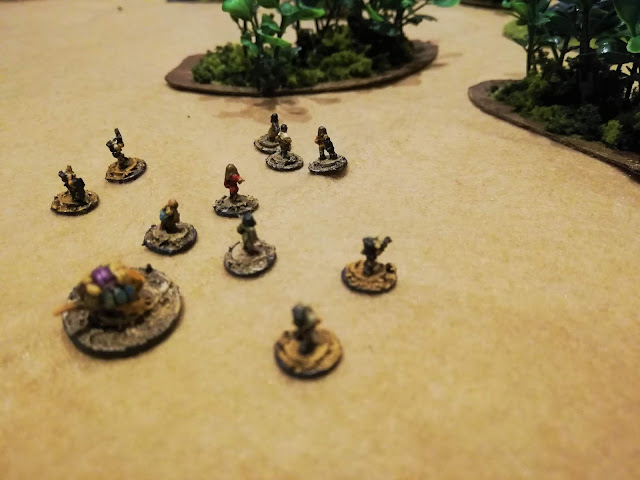 Ready to enter the jungle, it would be a three hour trek to the central community hub. 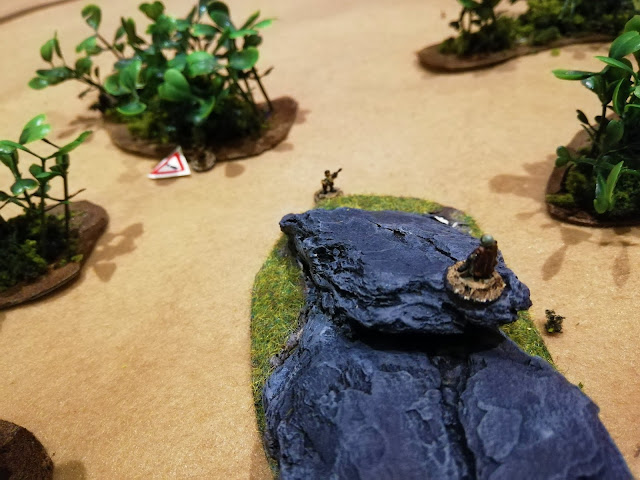 Lief and Corde take fire from nowhere! Corde is forced into cover, pinned. Where is this coming from? Unbeknownst to our heroes, atop a rocky outcrop a mysterious figure fires down. 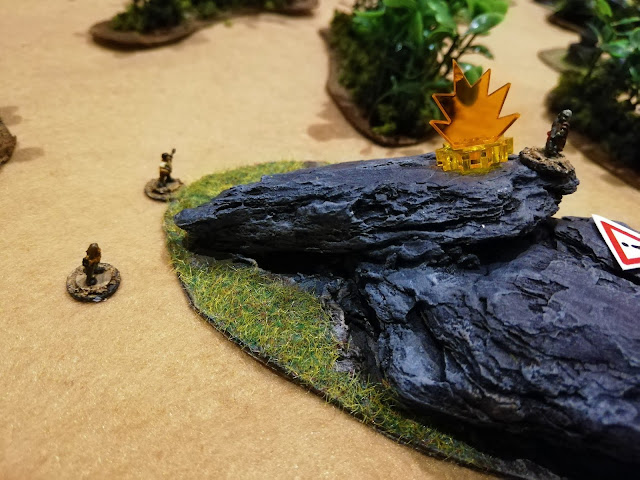 Luckily Tonita spots the muzzle flash and opens fire at the shadow, forcing it down. 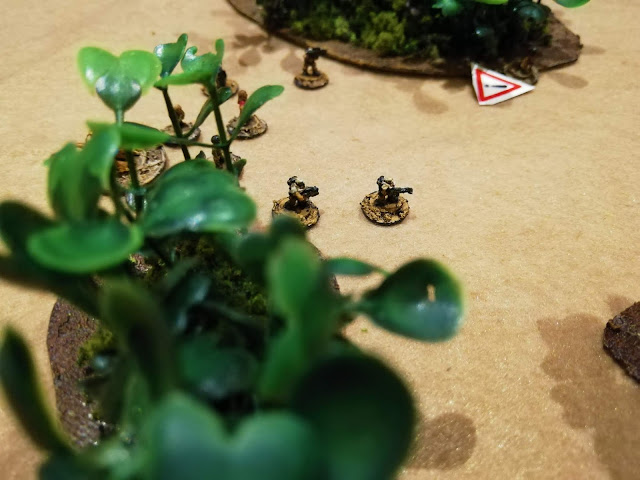 The grunts and other community members advance into the jungle. 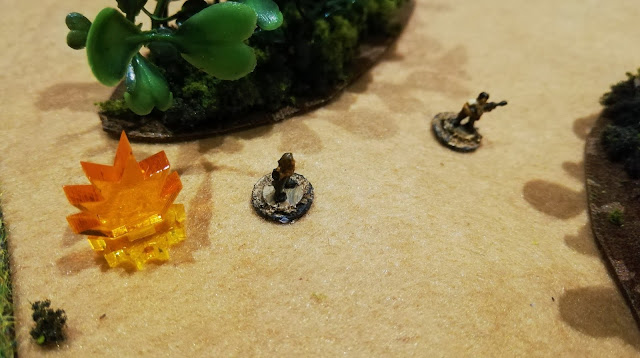 The shadow is gone, but fire comes from somewhere! Luckily it has little effect and Tonita and Lief continue to cautiously advance into the jungle. 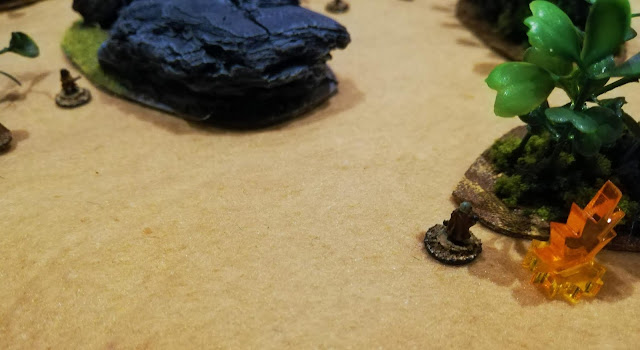 Spotted, the shadow appears again and Corde advances, firing but it all goes wide, killing some unfortunate leaves.

Grunts advance to help deal with the shadow but fall to precision shots. This shadow knows what it is doing. 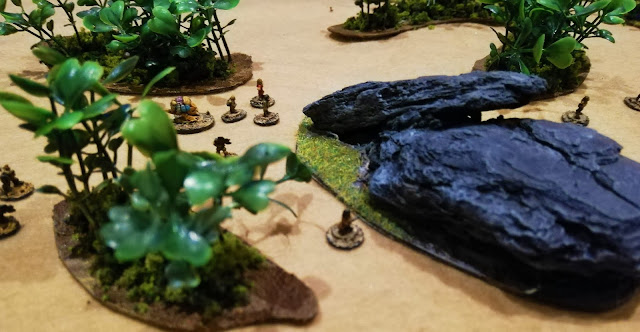 Further advance into the jungle. The tension rises as it dawns on the team that they are being hunted. 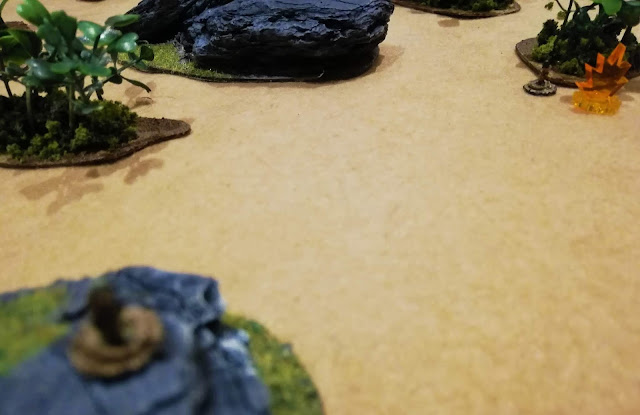 More shots from an unknown source. How is this sniper/shadow in so many places at once? Surely there isn't a team hidden in the jungle? I mean the plants can't be shooting at them can they? 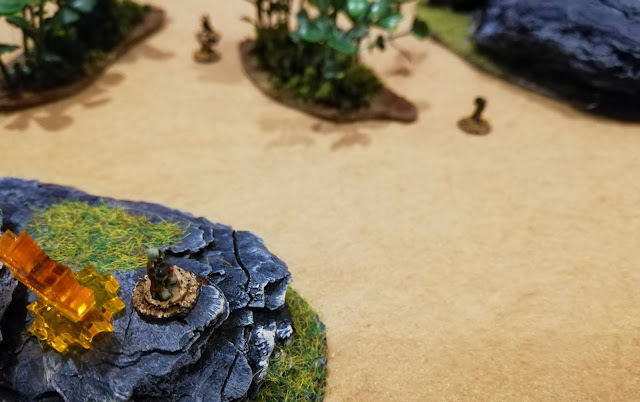 Grunts catch sight of the shadow again and open fire but again the shots go far and wide! 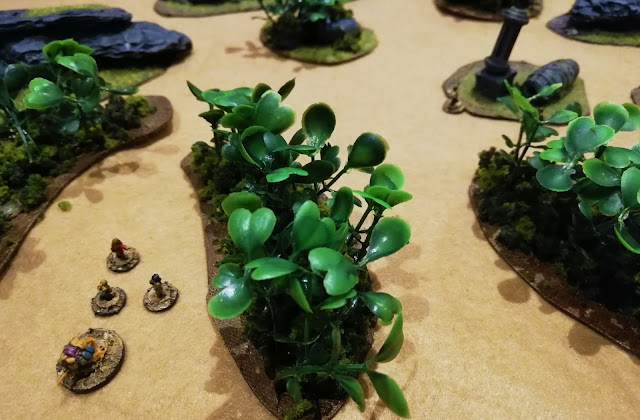 The escapees try and avoid the fire by taking cover behind a bank of foliage.

Unfortunately the shadow reappears, killing one of the women as she attempts to flee. 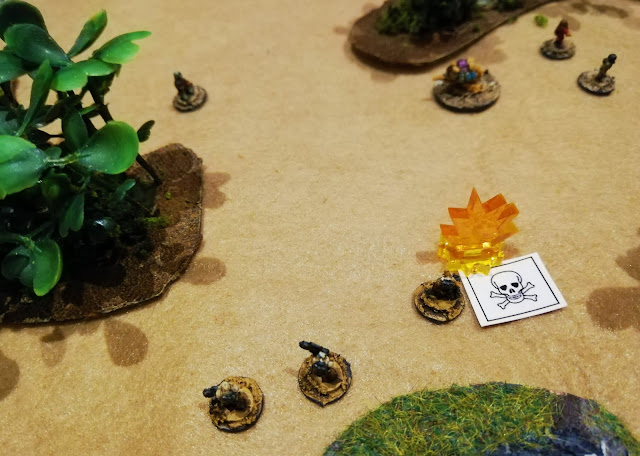 Then killing another grunt with more precision fire. 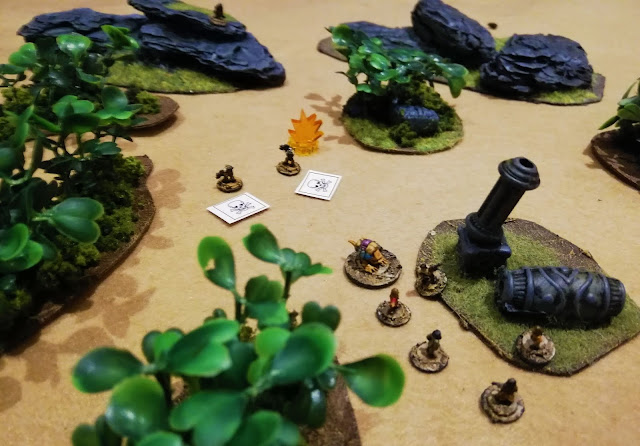 And the other grunts. Things are looking bleak for this journey through the jungle. Something needs to happen and it needs to happen fast or they are going to just keep getting picked off. 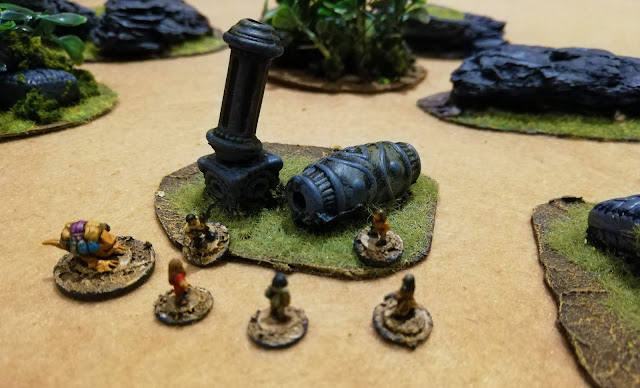 "We stop here" announces Corde.
"Here we stand" agrees Lief.
"These ancient ruins are as good a place as any to die I suppose" Tonita puts forward.
"We form a perimeter and dig in. Let's make sure this shadow has to come to us. I refuse to be hunted" states Corde.

And now we wait.

This was a fairly quick game. The shadow was almost impossible to kill (GM decided) and I wanted to see who would survive. The next encounter may be just as bloody.