There exist some solar systems where colonization has taken a firm hold. If you are lucky enough to have the financial backing and find a system with a couple of planets in the Goldilocks zone, you stood a chance at finding your colonies booming due to resource trade, tourism, or even wealthy expats wanting to live in luxury and being willing to pay for it.

Here are some photographs of squads of the New Vesta Defence Force. I will be flocking the bases this week and will post pictures when done. New Vesta is a small group of moderately wealthy independent colonies who have found that they can support themselves very well and have no need for outside trade. This trade still happens, but if necessary they can cut themselves off from the surrounding systems.

The populations range from the mega-rich to the agrarian workers. Defence forces are necessary to keep peace and show that these colonies are not to be messed with. 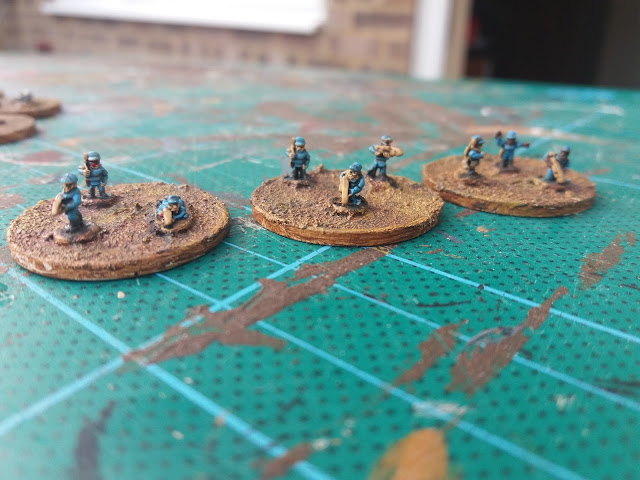 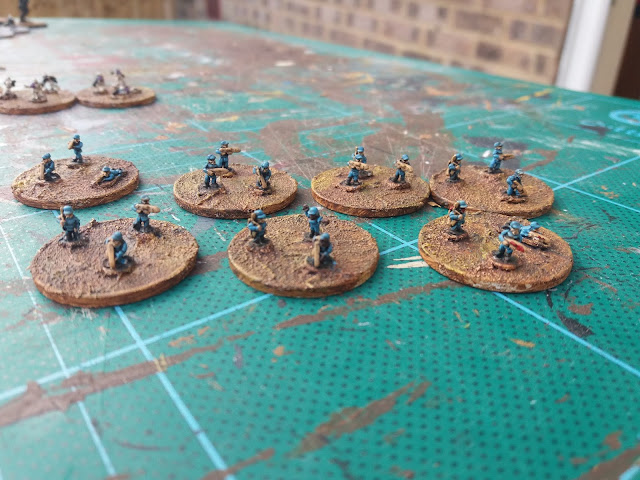 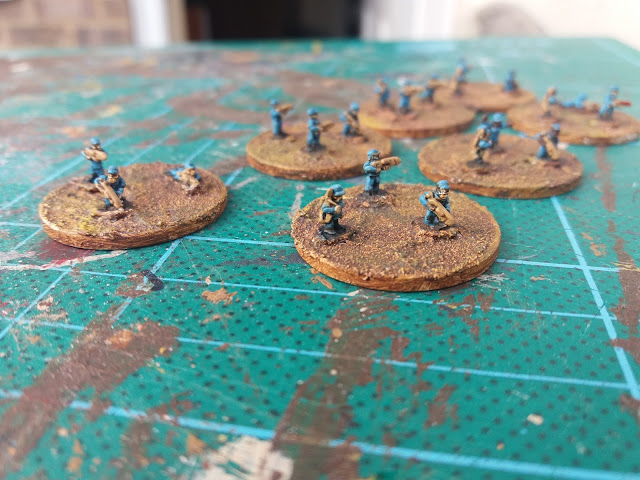 I have also finally finished the command stand for my UCS Marine detachment. Still needs to be flocked though. 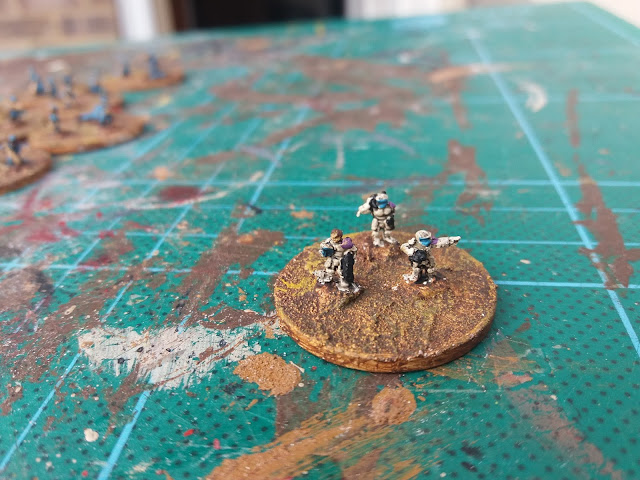 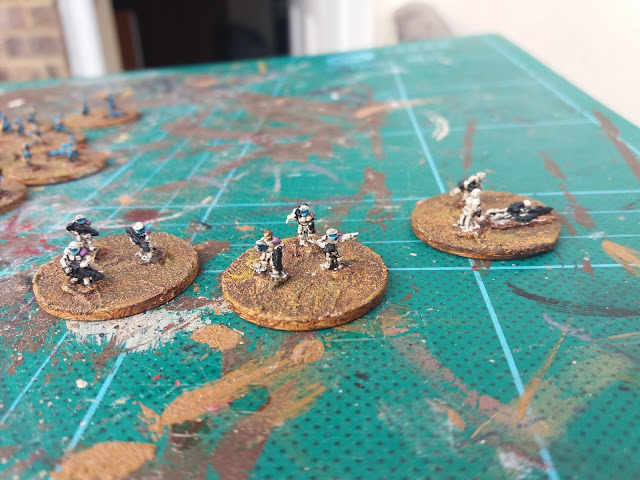