UCS Infantry and Vehicles on the bench.

I have been world building a little and have come up with some more factions, corporations, star systems and such. I have new Starport Scum characters, some new Horizon Wars forces, but want more.

In my quest for an easy to use large-ish battle Sci Fi ruleset, I purchased Laserstorm from NWG. I haven't played it yet, and need to build an army, but I quickly realised upon reading the rules that I don't have enough miniatures painted up. I can make small-middle sized Horizon Wars forces because 1 stand = 1 element/unit. But in Laserstorm I am finding that one unit is more akin to 3/4 tanks or 4 infantry stands and 2 APC stands. As such I have been basing and painting. I now have 8 new stands of UCS infantry ready for their finishing touches, which will probably be like 2 -4 units of infantry. Scary stuff. I need more boxes. 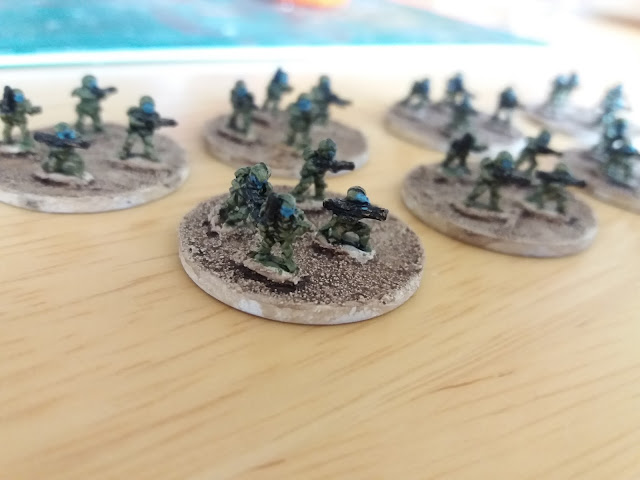 I also need transportation for infantry. I have been umming and ahhing about which vehicles to buy: I am not a huge fan of grav vehicles, but do like some, I like tanks and wheels. I don't like super tanks. So I thought I would buy from Heroics and Ros some modern vehicles. They seem to be serving well, provided I just make up some colour schemes. Below are my Collective of Systems APCs, which are actually just BTR 80s I think. 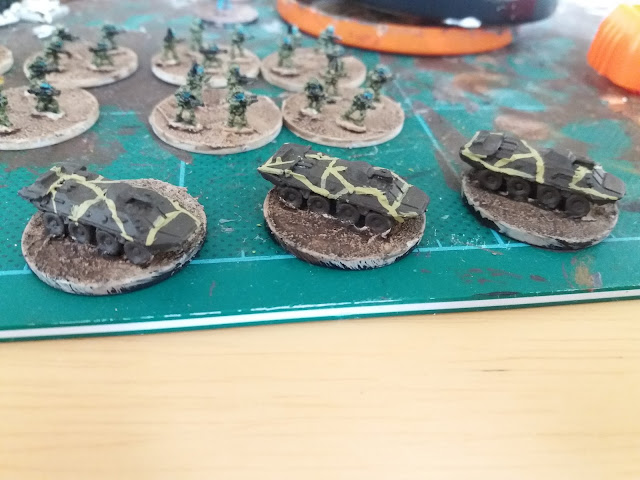 Here are the other vehicles I bought. I have five each of the large ones and three of the small one. I simply wanted light vehicles that could serve as local militia/law enforcement/large government APCs. I also wanted some more tanks so got some Challenger IIs and Leopard IIs. 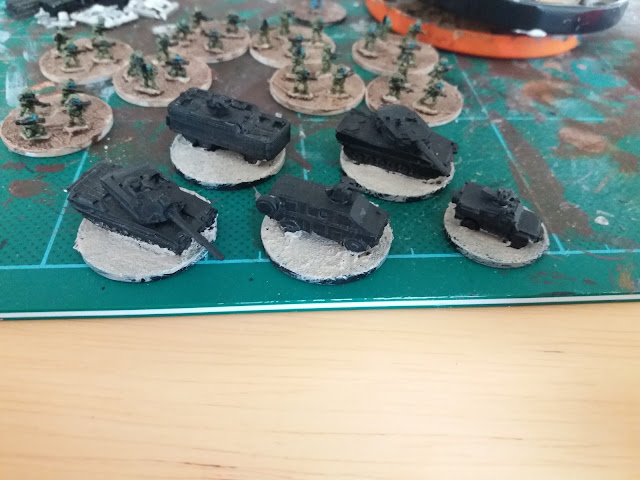