I own Flying Lead and Songs of Blades and Heroes. Flying Lead I have played twice, the latter i have played zero times. I have had the idea to create measuring sticks for some time now but never got round to it. Tonight I finally finished them off. The smaller set is for smaller scales, so I will likely use them for 6mm. The larger set is for my 28mm fantasy miniatures and 20mm WW2, which I won't realistically use for some time. 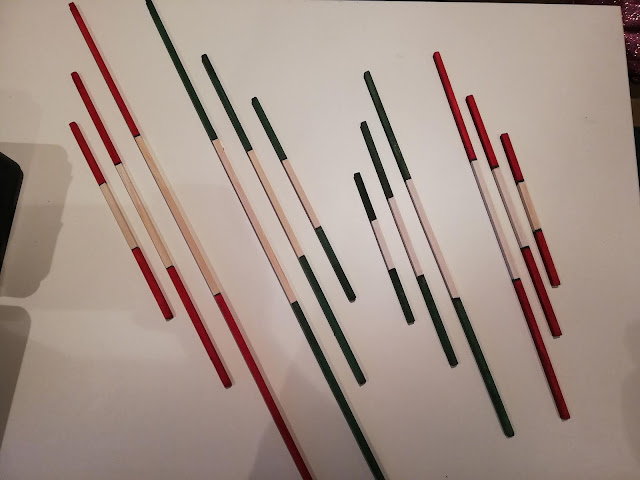 Over the Easter break I had big plans on many different hobby fronts. Starcraft 2 ladder games to get promoted to Platinum league, which went well for the first few days, but I haven't played much in the past week. Play Northgard, which I haven't done. I started a new XCOM campaign, which I sort of regret doing, because it took over Starcraft time. My wife and I also watched the first season of Knightfall, which to be honest was pretty lame. I did not enjoy it much. Only in the past two evenings have I done any miniature hobbying: making the measuring sticks and putting together some motorway sections. Once those are finished I will post them, probably this weekend.
Posted by James at 11:20 pm