Today I completed my late war Panzer IVs. I have an early war one also, and will likely get another set of them with which I will make one late and two early war Panzers, ready for Barbarossa.

These two were painted with the Vallejo Midstone, which looks much more yellow than my Airfix enamel Midstone. I can get used to it, though. This was also my first, large-scale outing for my weathering powders. I am not overly convinced by them. I loved how  they looked on my Soviet 45mm cannon, but this time seemed a little...flat. I will experiment more, though. 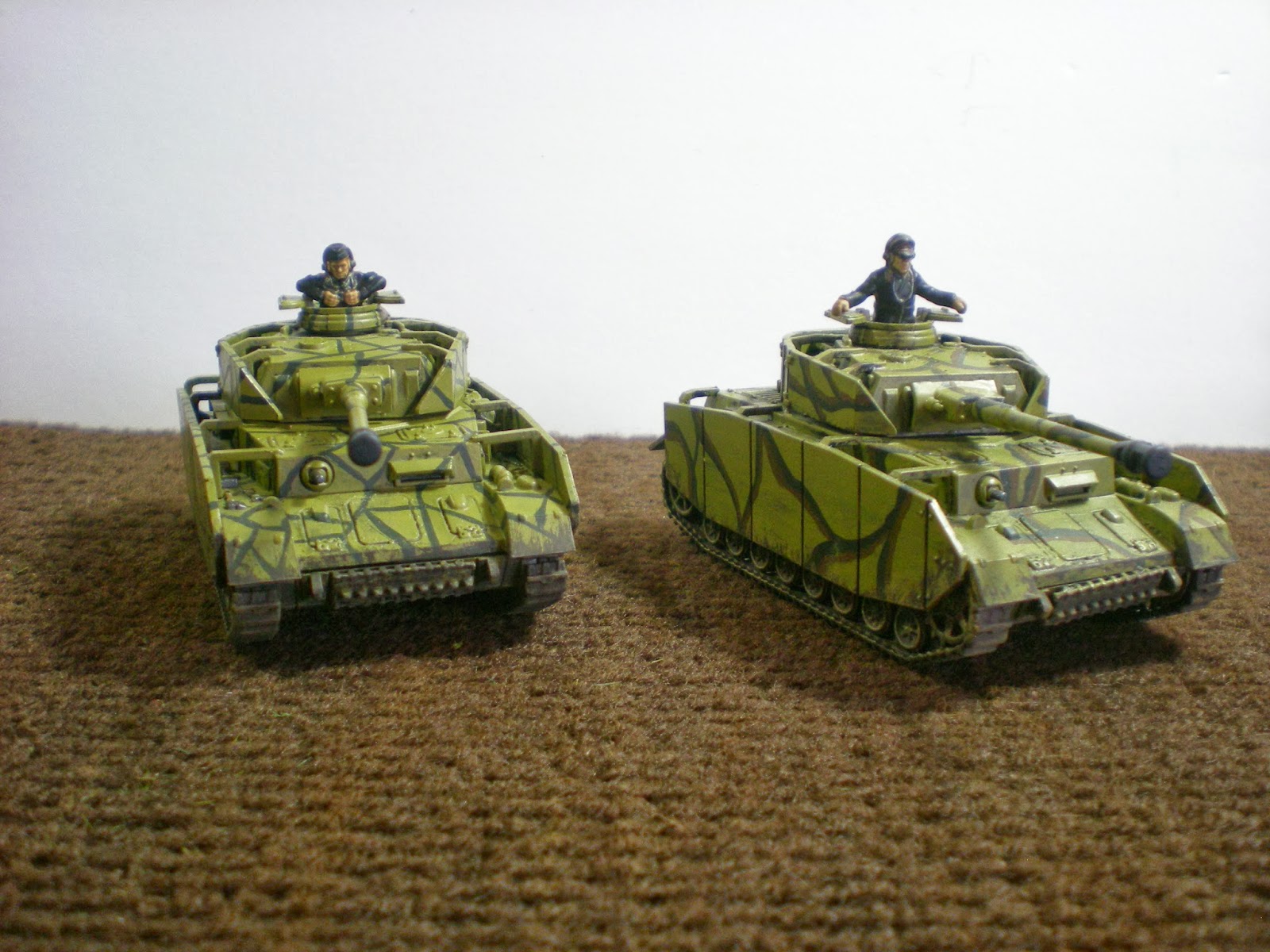 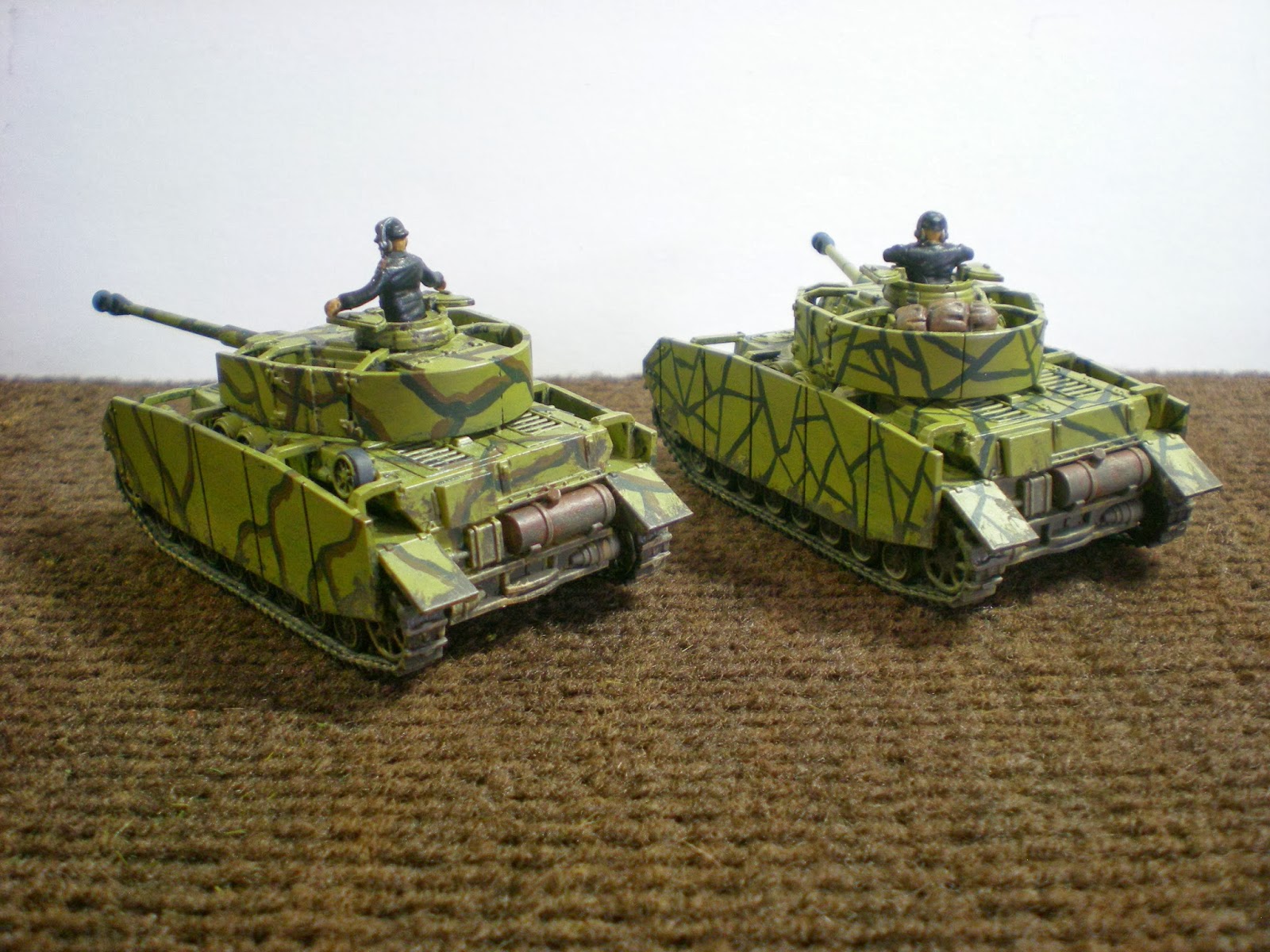 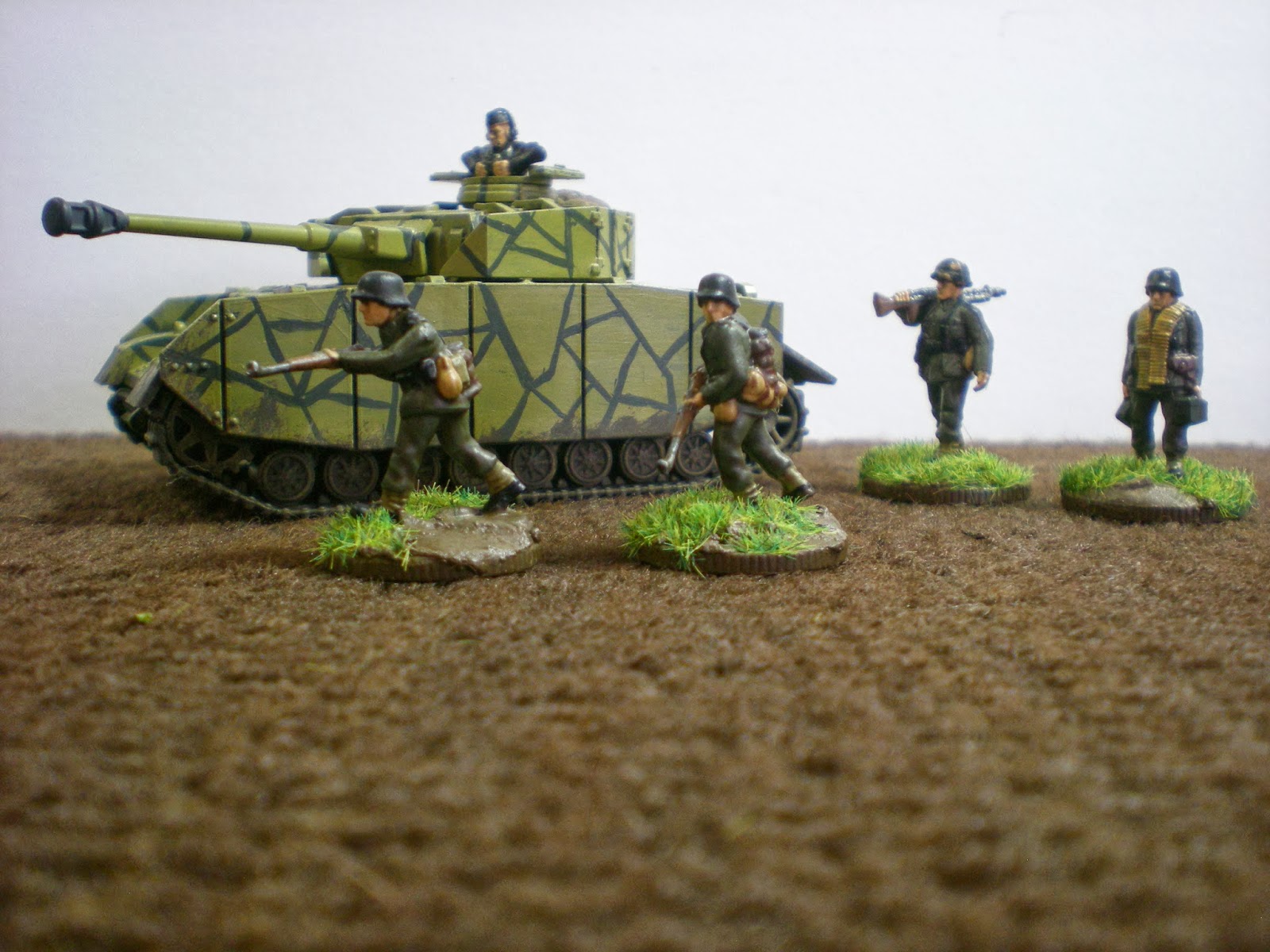 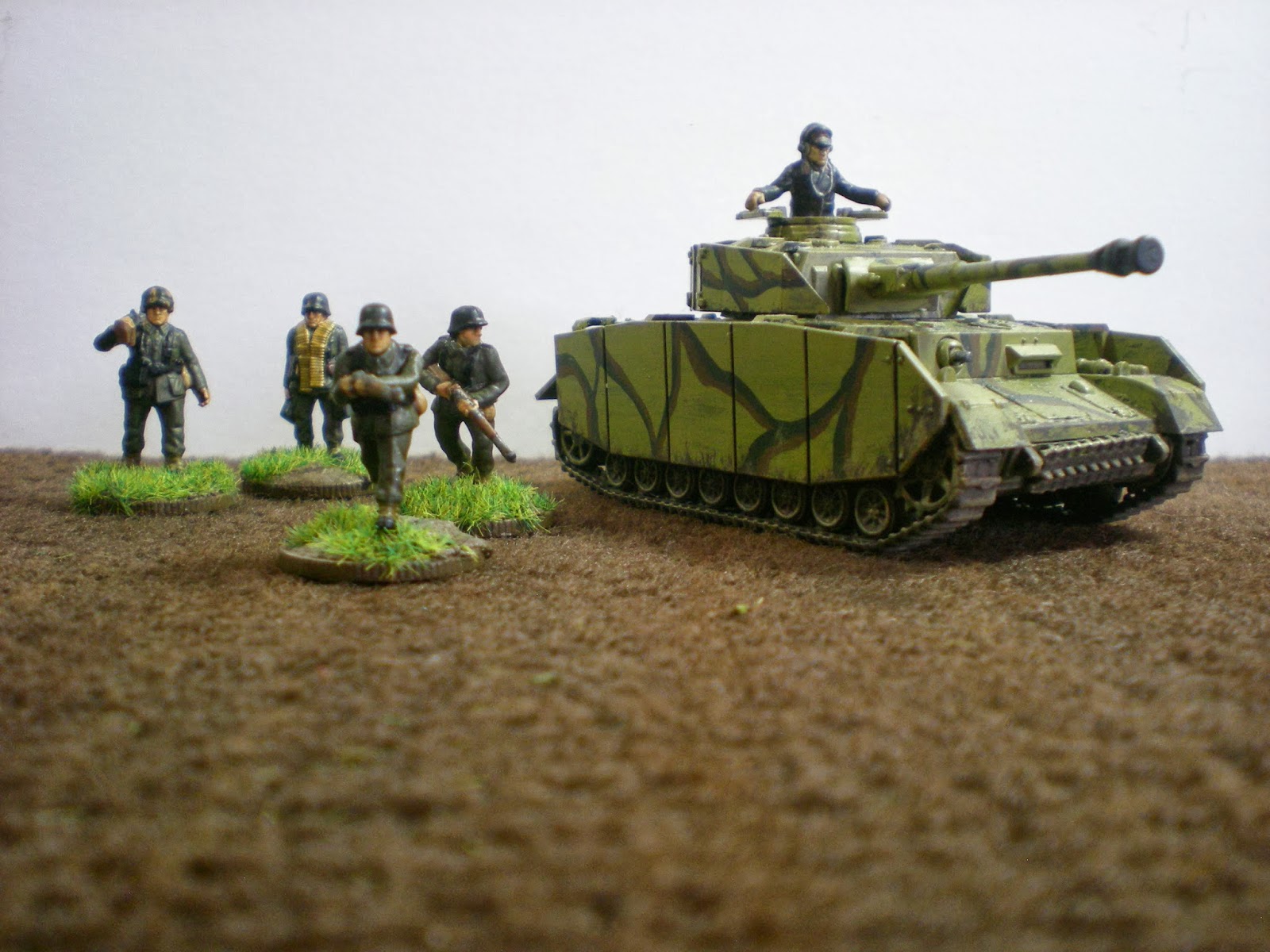