Tonight I started setting up a game of Bolt Action to play with myself. I decided my bed is big enough to fit a 5x4 table comfortably on it. However, after choosing forces (wow, German Panzerschreck is expensive!), I realised I have forgotten how to play. Thus, I have taken a photo of my set up, so I can put it back together during the day next week again. I am excited for this.

I have decided to have only two objectives, the farmhouse and the burning Sherman, leftover from a previous failed advance. 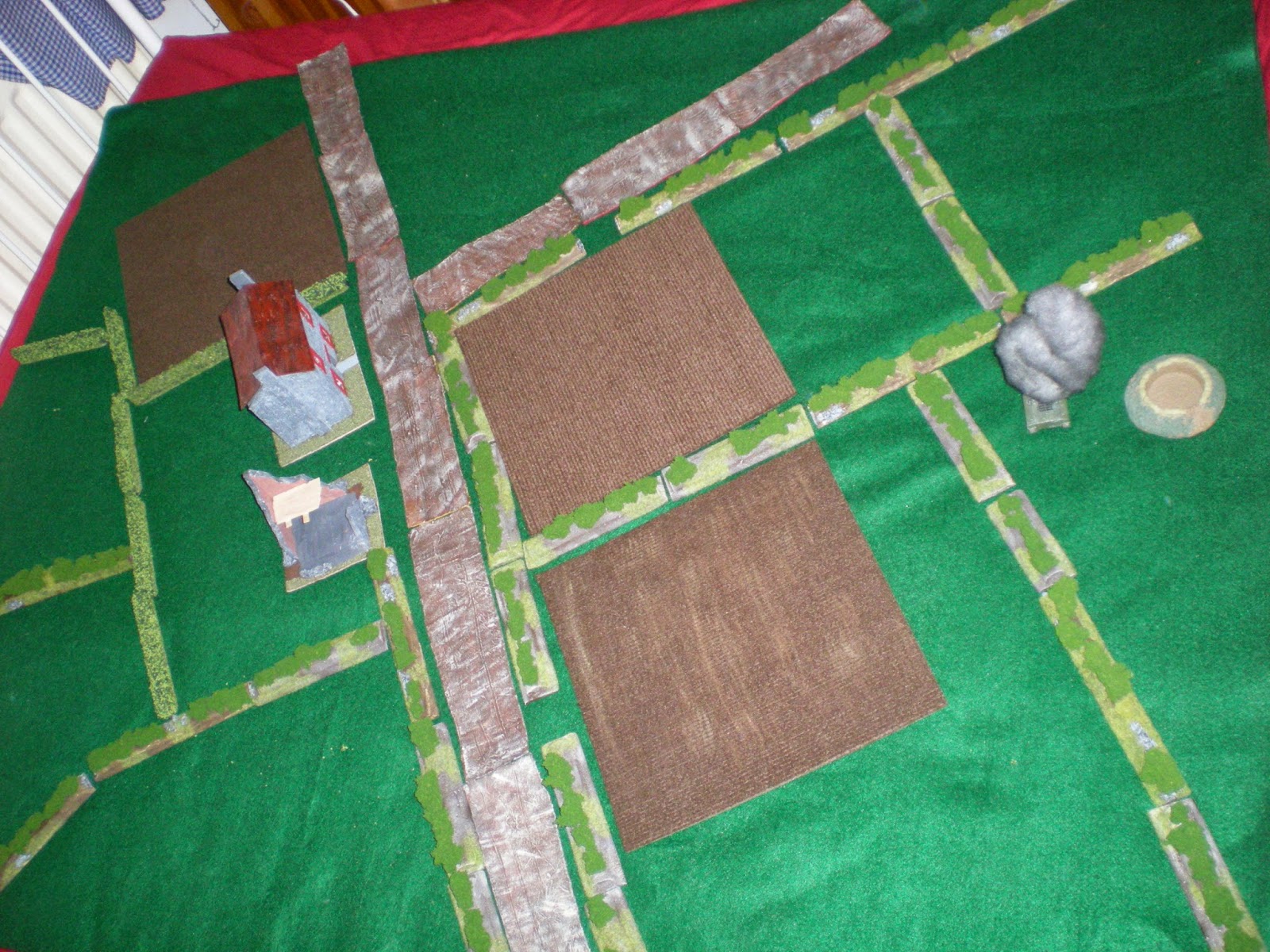 My forces are roughly 830 points. The Germans are all Regular. I have: 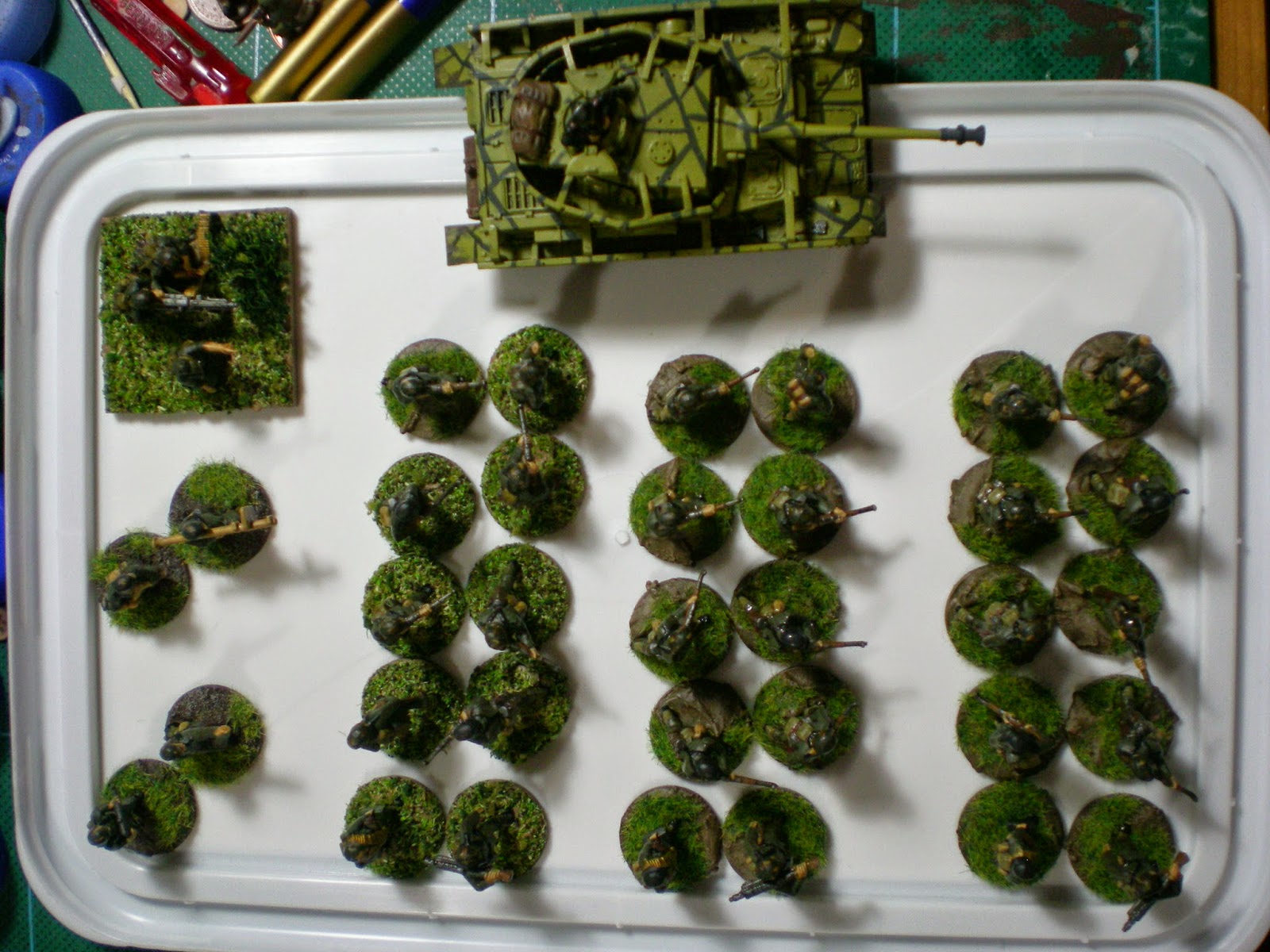 The Brits facing off against them are all regular too, and consist of: 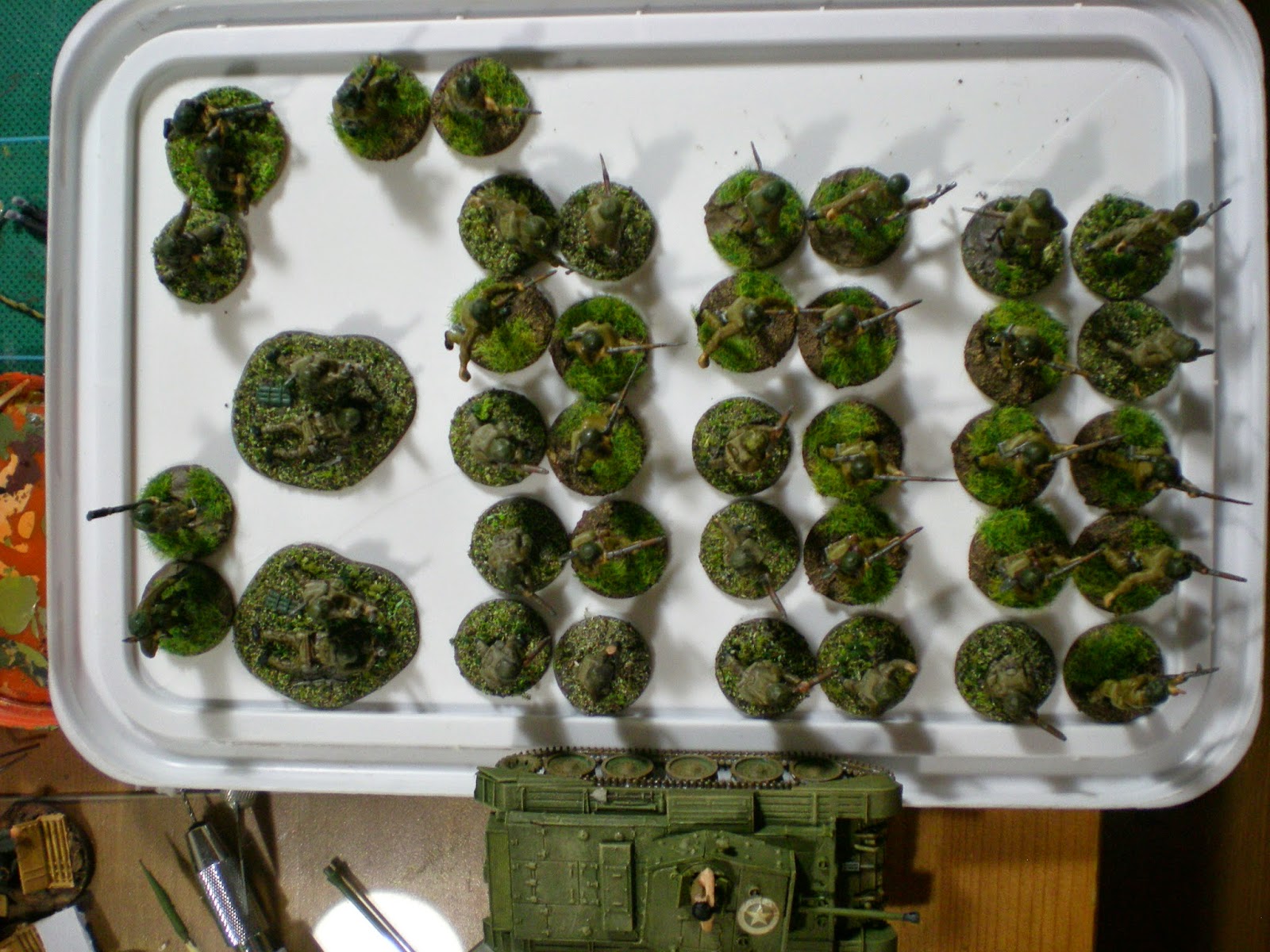 The British have more order dice, but their stuff tends to be more fragile. I guess we will see what will happen, probably on Wednesday.
Posted by James at 8:27 pm