So my brother in law is a teenager. He and his friends spent some time making sections of my modular interior. They aren't finished, but we decided to have a game. I set it up.

The scenario was this: two crews of bounty hunters are after vital information on one of their bounties. The information is in the locked room on the top of the station. When the teams advance my guards would appear.

As it happens the guys lost interest because the fighting didn't start soon enough. Also because some of them suddenly realised it meant not being on their phones for a period of time over 5 minutes. 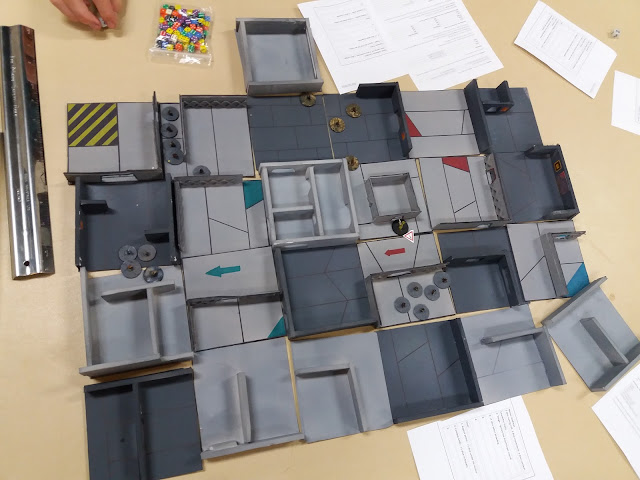 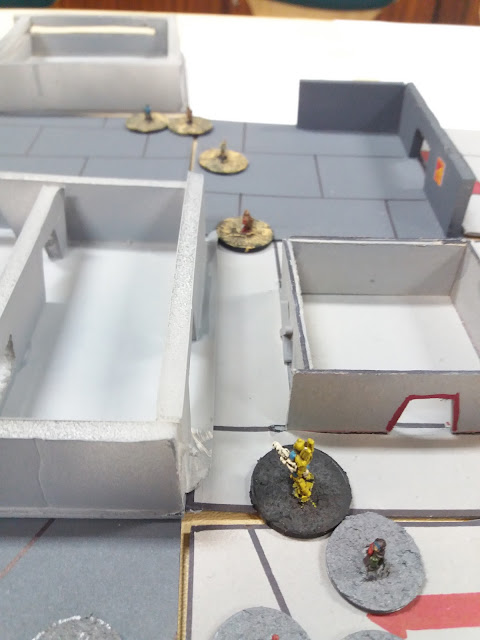 This badass is the one who stopped most of the teams advancing. 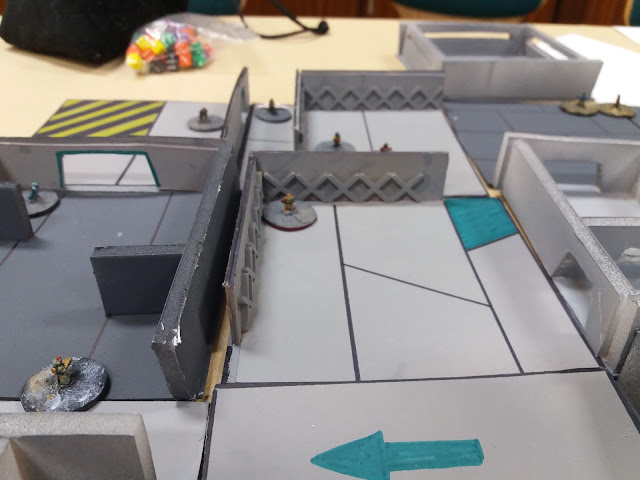 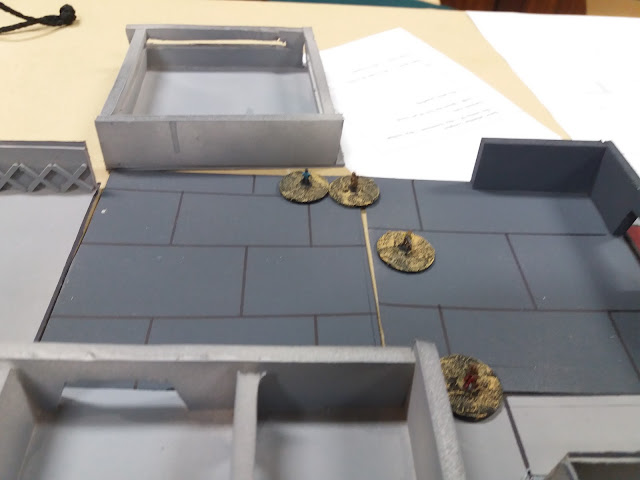 I might just stick to solo gaming, or pick my game team better.