Scum for the Starport part 3

All week I have been dying to highlight these miniatures in order to get them done. I am pleased with the results. I am still scared of the small bases, but think they will be fine. Although, some of them do not stick to the magnetic strip in my containers very well because they have super glue on the underside. I might need to rethink my storage solutions. The individual based figures are all Angel Barracks miniatures, which are now being produced and sold by CP Models. The group based miniatures are a variety of GZG, CinC, and Angel Barracks. 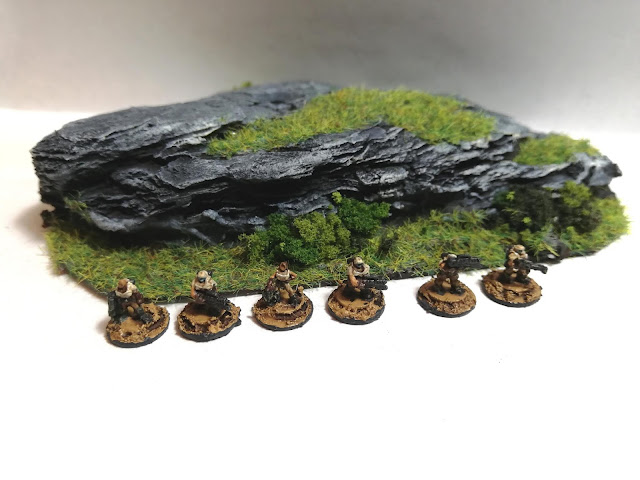 Vanguard Company is a small group of mercenaries who will hire themselves out to protect colonists. Often forgoing payment, these grizzled veterans have been to the edge of space, seen the chaos that exists, and are determined to keep that chaos away from the innocent. 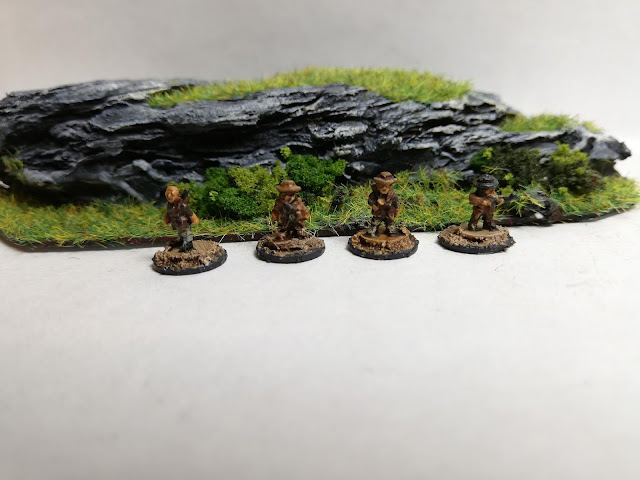 Frontier Law Enforcement. Out on the Fringe, where the UCS reach is very weak, a person with a gun and a desire to protect fellow colonists can be the only form of law enforcement to be found. Hardened by life on the edge, they are all that stand between chaos and the veneer of civilization. 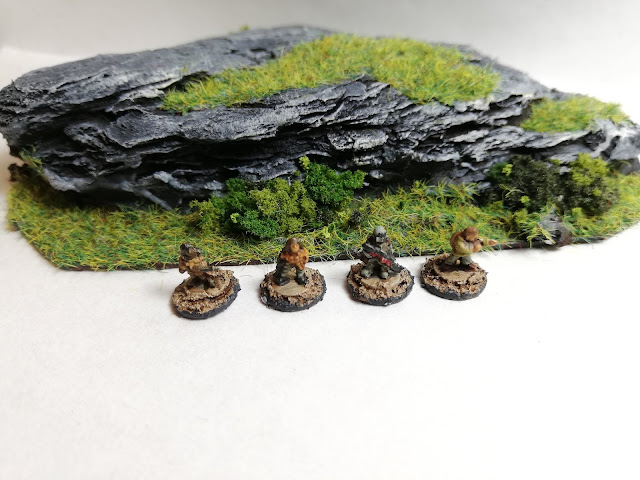 Protecting yourself is vital. There is no telling what kind of encounter you could have, and with goodness knows whom. Here we see three typical Fringe colonists, and a mysterious masked warrior. 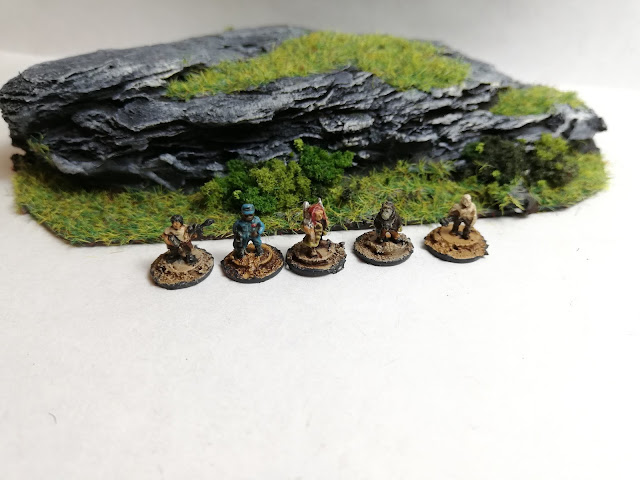 Living on the edge of space is not safe. Many have stared into the abyss, only to find the abyss staring back into them. Many of those people become part of the problem, realizing their true insignificance, and the insignificance of their existence changes a person. Many cults, clans and groups of beings who have thrown off their humanity spring up in the Fringe. One does not trifle with them. In fact, the first rule when encountering these groups is often "run first, fight second". On the right we see an example of a barely human being, come to wreak havoc among those who are not yet "enlightened." The rest look like sensibly armed colonists, ready to run or fight. 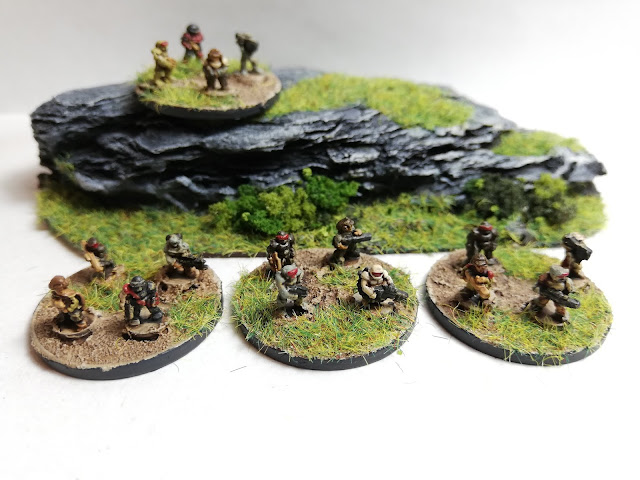 The Coyotes. A pirate gang, feeding off those in the Fringe, who are unable to defend themselves. Occasionally taking a bite of organised militias if desperate enough. This lawless bunch will salvage and re-use any vehicles they can acquire and keep in running order. They strike fast, take what they want, and leave few witnesses.
Posted by James at 9:55 pm