The Defense of New Charon pt. 2 - One Year Later

Months ago the engagement in the Western Reaches of New Charon that took place about a year ago had  been written off as pirate action. Such skirmishes, while not common, happened often enough that it didn't seem out of place.

Mining had been continuing smoothly and the stakeholders at Sunspoke Mining were happy with the steady stream of profit coming in from the New Charon operation. Originally a Sunspoke self contained mining colony, it had been steadily profitable for roughly 10 years now, and the bosses at Sunspoke had long since moved on to newer, more lucrative mining ventures, happy to turn New Charon over to the colonists and simply take their cut of the profits. 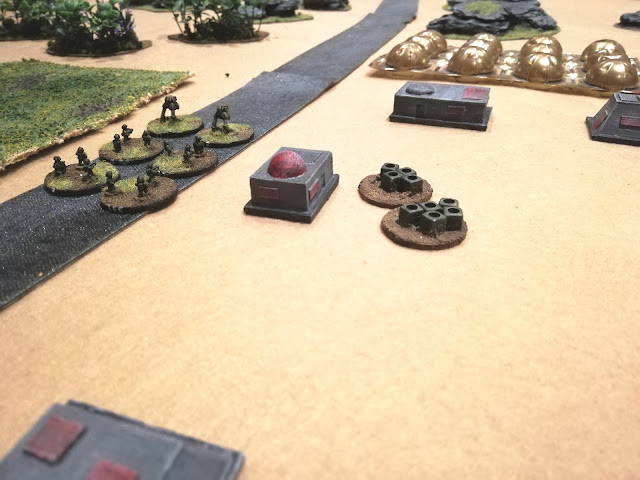 Isaac Forgrave was staring through the HUD of his CSMP as he approached the unidentified landing zone. Out here in the Western Reaches of New Charon there wasn't much other than a few farming communities who were aiming for an even quieter life than the already quiet life out on the edges of known space.

"Probably pirates again, or someone looking to keep a low profile for a short time to avoid the authorities", he thought to himself. Keying the comm system he checked in with his small detachment and received the all clear from everyone. "Eyes peeled and check scanners as we pass through this rocky outcrop, people." 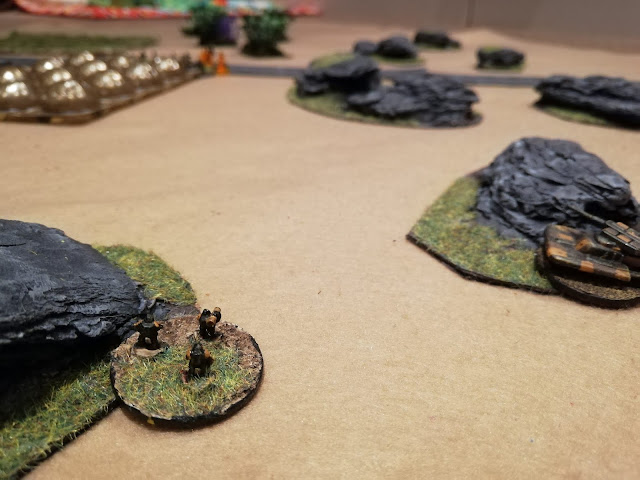 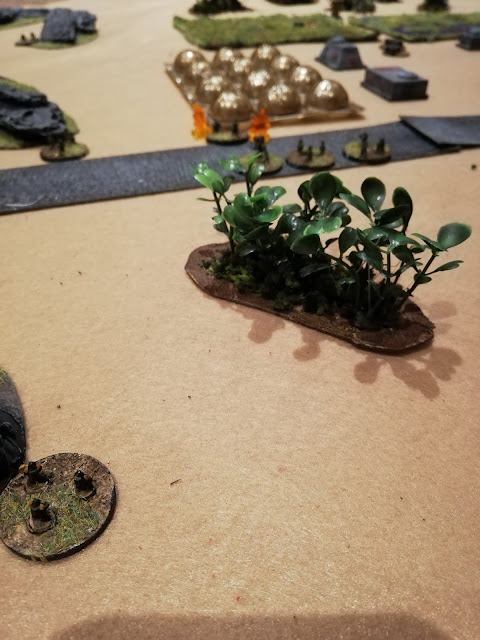 Fire rains down on the militia, now caught in a deadly crossfire. Casualties mount. "Find cover, I'm calling this in to Central!" Forgrave calls over the comms. 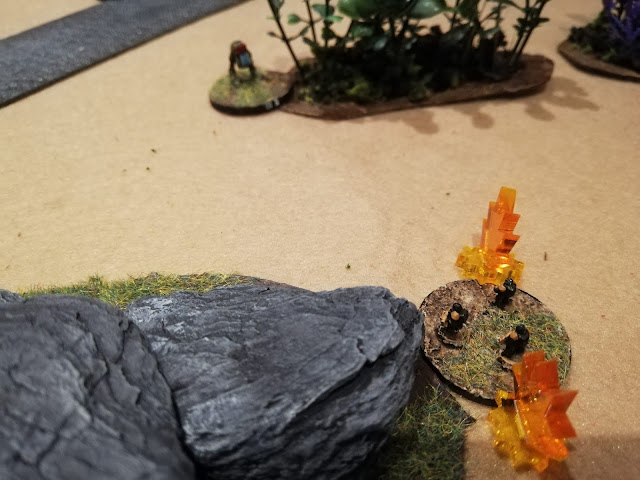 In an attempt to steady his team Forgrave charges forward, unloading a volley of missiles on a unit of enemy infantry, utterly destroying it! While this happened a unit of militia holed up in one of the enclave buildings. 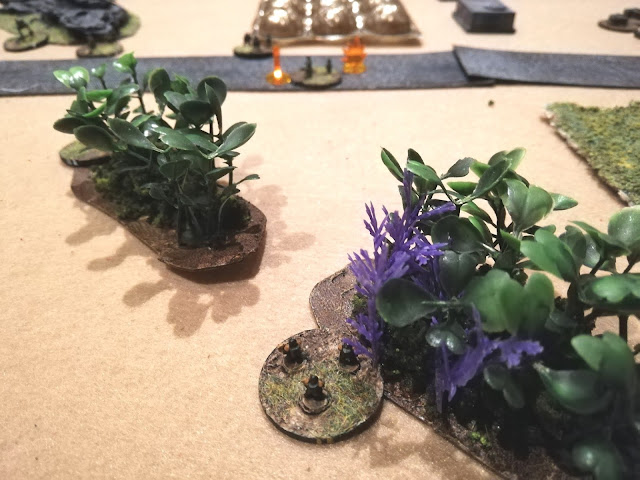 In response to the destruction of their comrades a squad of attackers opens withering fire on the militia, killing an entire unit. 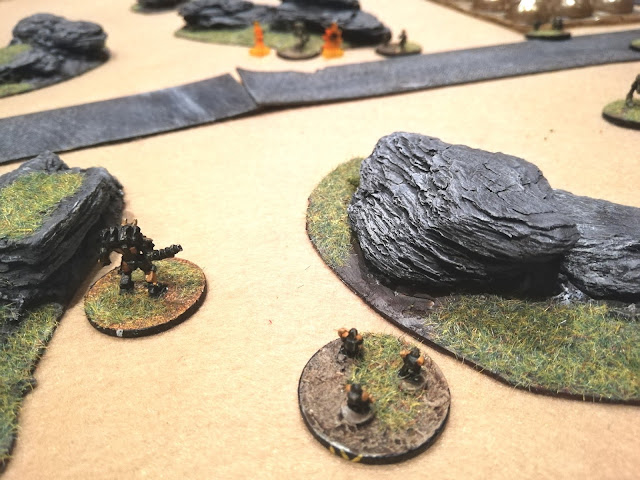 Taking the initiative the unknown mech fires a round of missiles at the damaged militia mech blowing it into pieces! Forgrave's partner, gone. Things were looking grim for the militia, and Forgrave hadn't been able to get a message over to Central. He commed the militia unit garrisoning the enclave.
"Harrison, it is up to you, get a message to Central, they need to know what is going on! These don't seem like ordinary pirates!"
"Affirmative, sir. Wilco!" 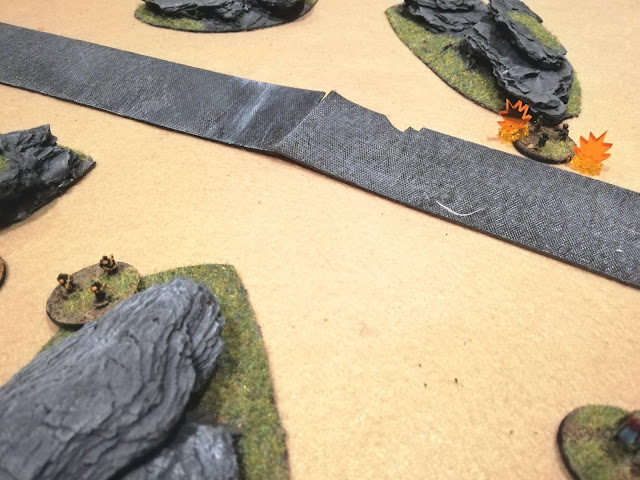 As if to underline the precariousness of the situation another militia squad gets blown away by the unknown attackers! 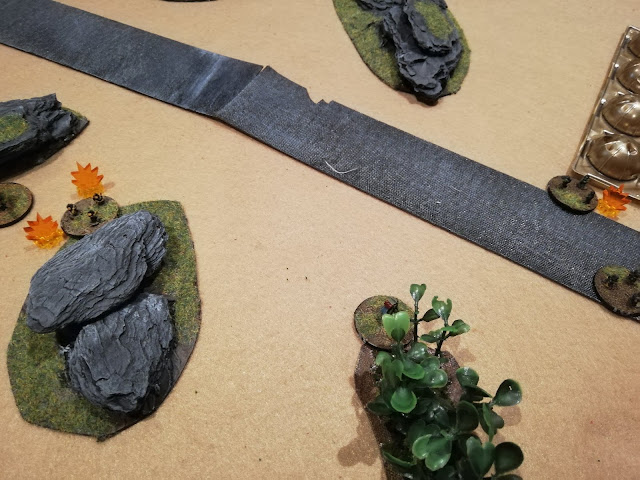 In the intense firefight casualties are taken by infantry on both sides. The air hot with high velocity pulse rounds, the worst of the casualties get taken by the attackers, their squad getting wiped out. Forgrave takes this as his moment... 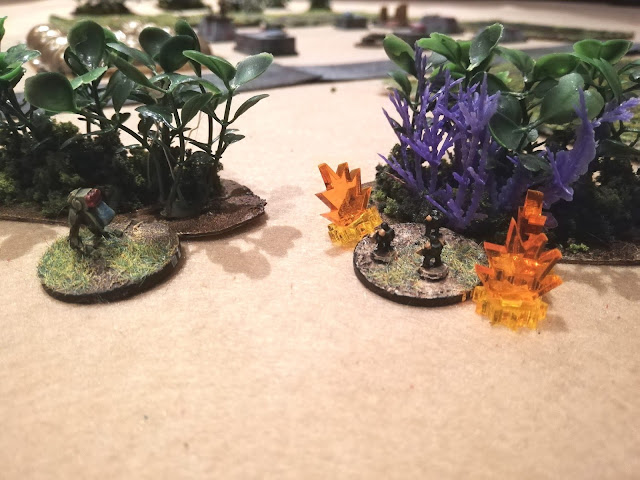 Advancing into the trees he engages a squad of infantry at close range. Bodies fly, armour shreds, and there is not much left to hint at there having been a battle. 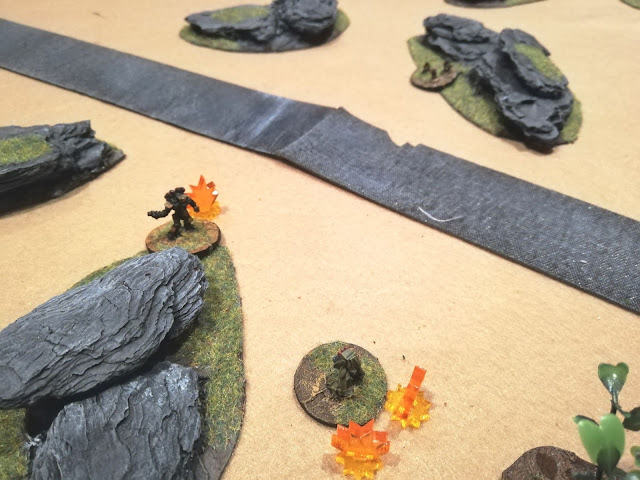 "On your six, sir!" the message screams through Forgrave's comm. Rounding quickly he manages to engage the enemy mech. Rockets explode, damage is caused, Forgrave is getting the better of the exchange until a squad of infantry join the fray. His mech collapses and Ian Forgrave struggles to breathe, his vision goes black and he drifts off. "Get... message... Central..." 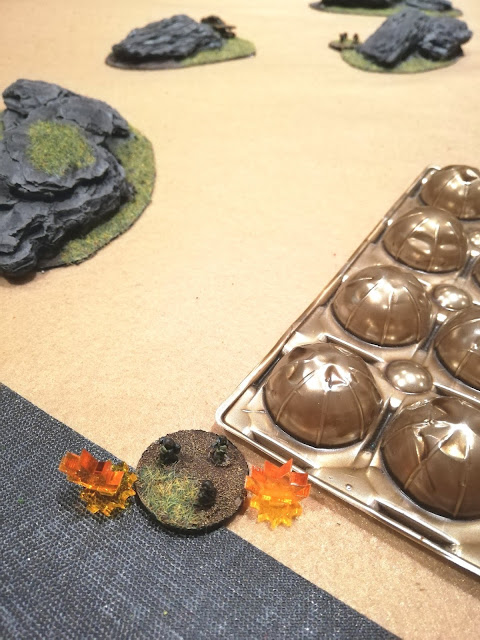 Unsettled by the loss of most of the militia force, one of the remaining squads gets caught under heavy tank fire, going down. Rifle fire joins and then stops. There is no-one left to fight back.

Back at Central Command there is a buzz. Merissa Cantos has lost contact with three militia units, all investigating unscheduled landings. Something is going on, this is more coordinated than mere pirate raids. Something more sinister is at play here and Cantos will be damned if she was going to let the colonists bear the brunt of something like this. It was time to call in the big guns. It was time to fully mobilize the militia.