Lockdown. What have I been doing? Mostly playing with my kids, working on the garden, trying to work from home, stress about how I am also changing jobs at this time, and be sad about going into self isolation without a chance to say goodbye to my students, most of whom I will never see again. Evenings have been spent collapsing in exhaustion on the sofa and binge watching The Clone Wars, in order to catch up for the new season. I have also spent some evenings playing Northgard, a cool indie computer game with a loyal fanbase, although I play exclusively single player.

I have seen a few blog posts and threads over on The Wargames Website about grid campaigns. I am unhappy with the state of all of my miniatures campaigns, so thought I would give it a go and see what happens. Here we have a map of nine possible battle grounds. The scenario: Wehrmacht forces hastily blocking the road to attempt to hold off the encircling of a town off to the West. They need to delay the allies, repulse them if possible, and failing that blow the bridge. 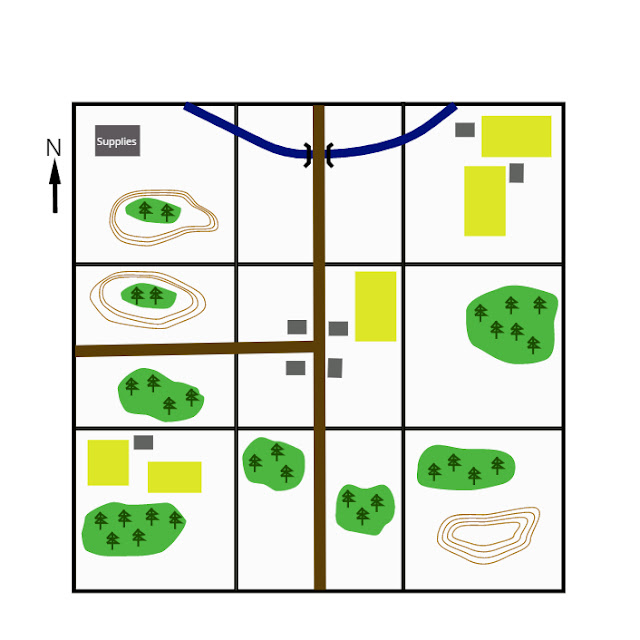 Forces? I have no idea yet. I will get my miniatures out tomorrow and have a look at what I have. It will be interesting playing the Germans as the "good guys". Rules I will be using: A Sergeant's War.
Posted by James at 9:58 pm