I picked up the ruleset "Flying Lead" a while back, and finally got around to putting together a little game for myself. With my limited time, and very limited space, I was looking for something that could satisfy my gaming need without taking over the entire house for an evening. Tonight I was able to take over the table for 90 minutes and smash out a game (including set up time). The game did not last long, at all.

The burning Panzer IV was the objective. The German squad was supposed to set up a perimeter around the tank and look for survivors. They set up on the left with the plan of running up the open field to the road junction, then fan out.

The British were tasked with investigating the pillar of smoke. They intended to set up along the hedgerow on either side of the road. 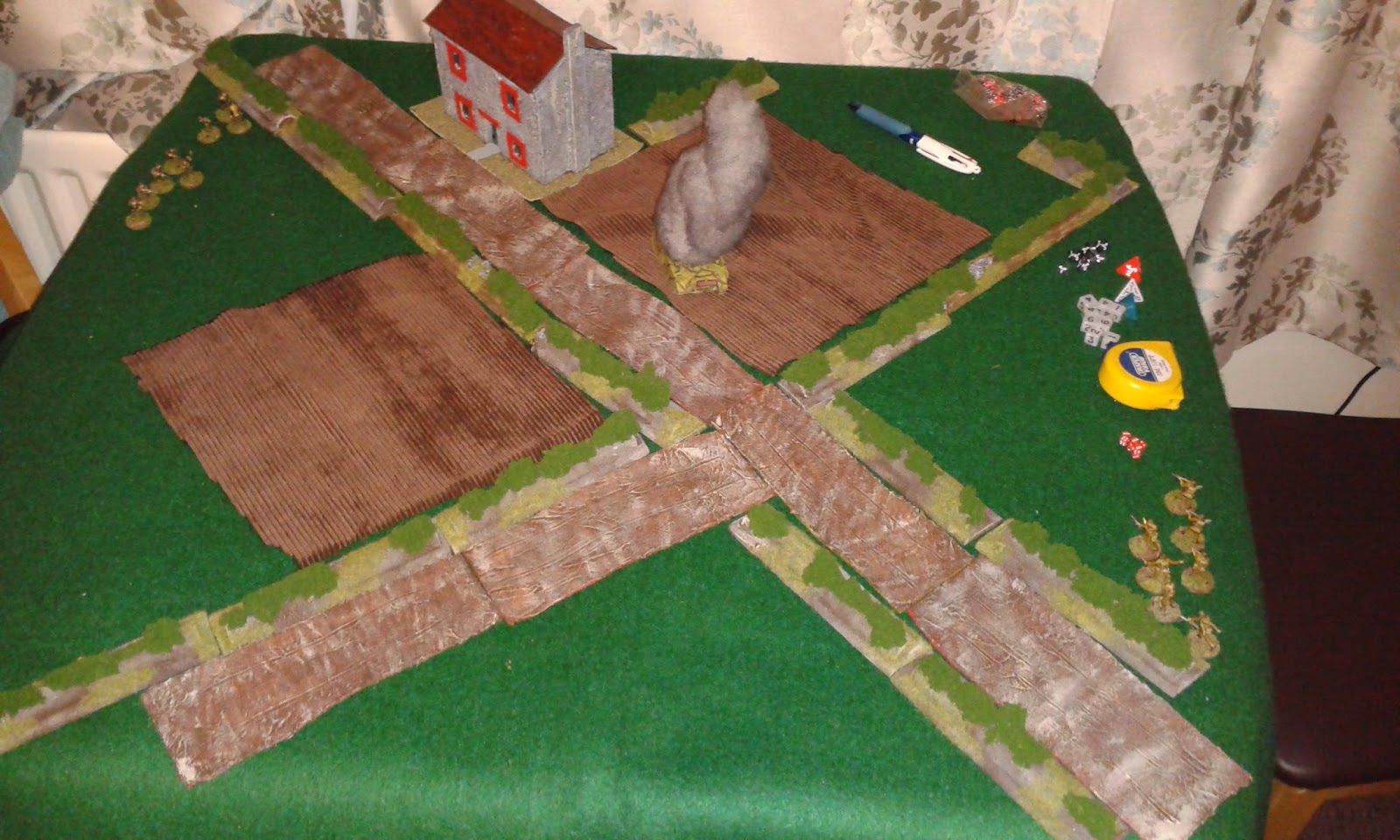 The British managed to successfully advance up to the hedgerow with the bren team ready to dive across the road to try and cover the field from the left flank. 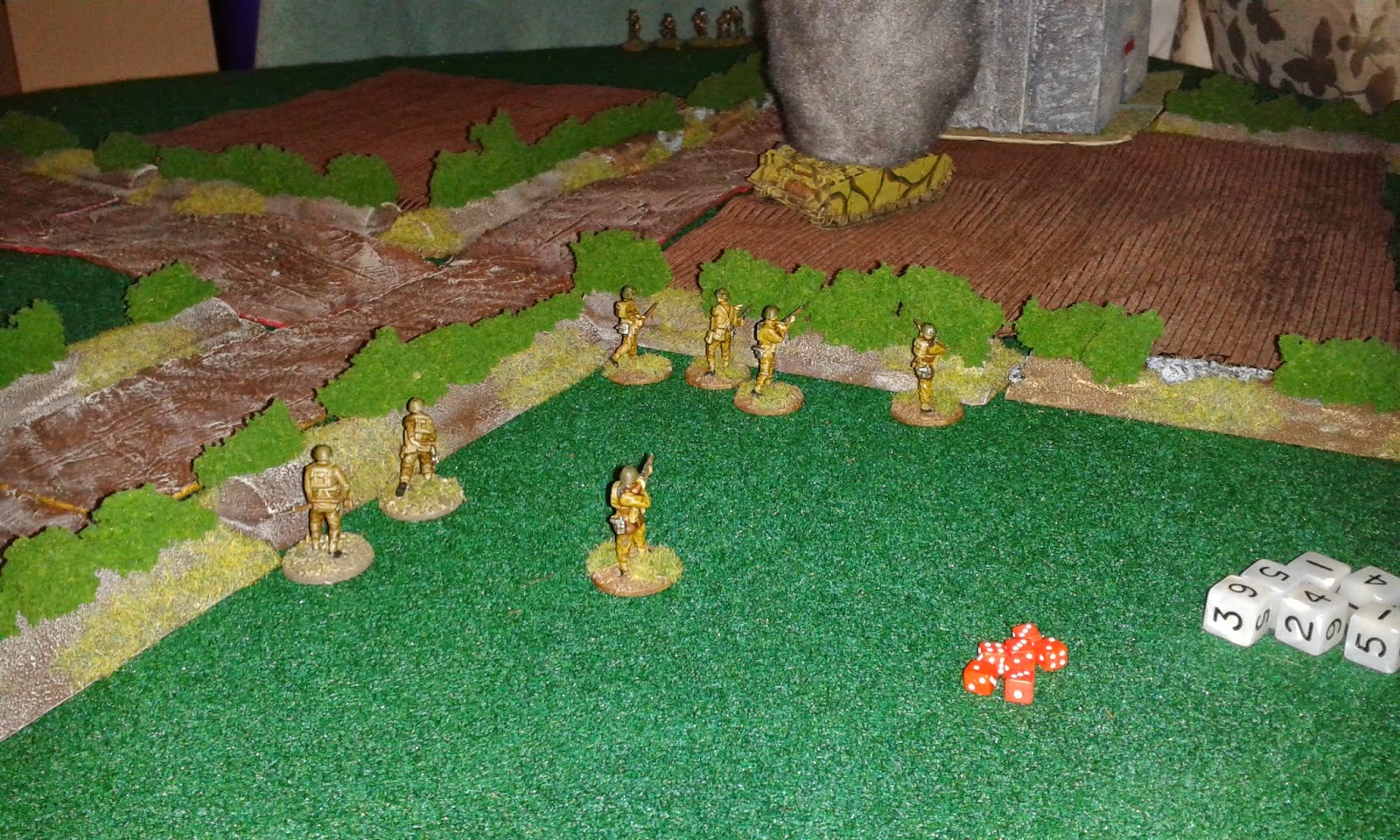 The German squad barely managed to advance on their first turn. Most of them were Q4, and it really seems to make a difference. The Q3 Brits seemed to get a lot more successful activations. 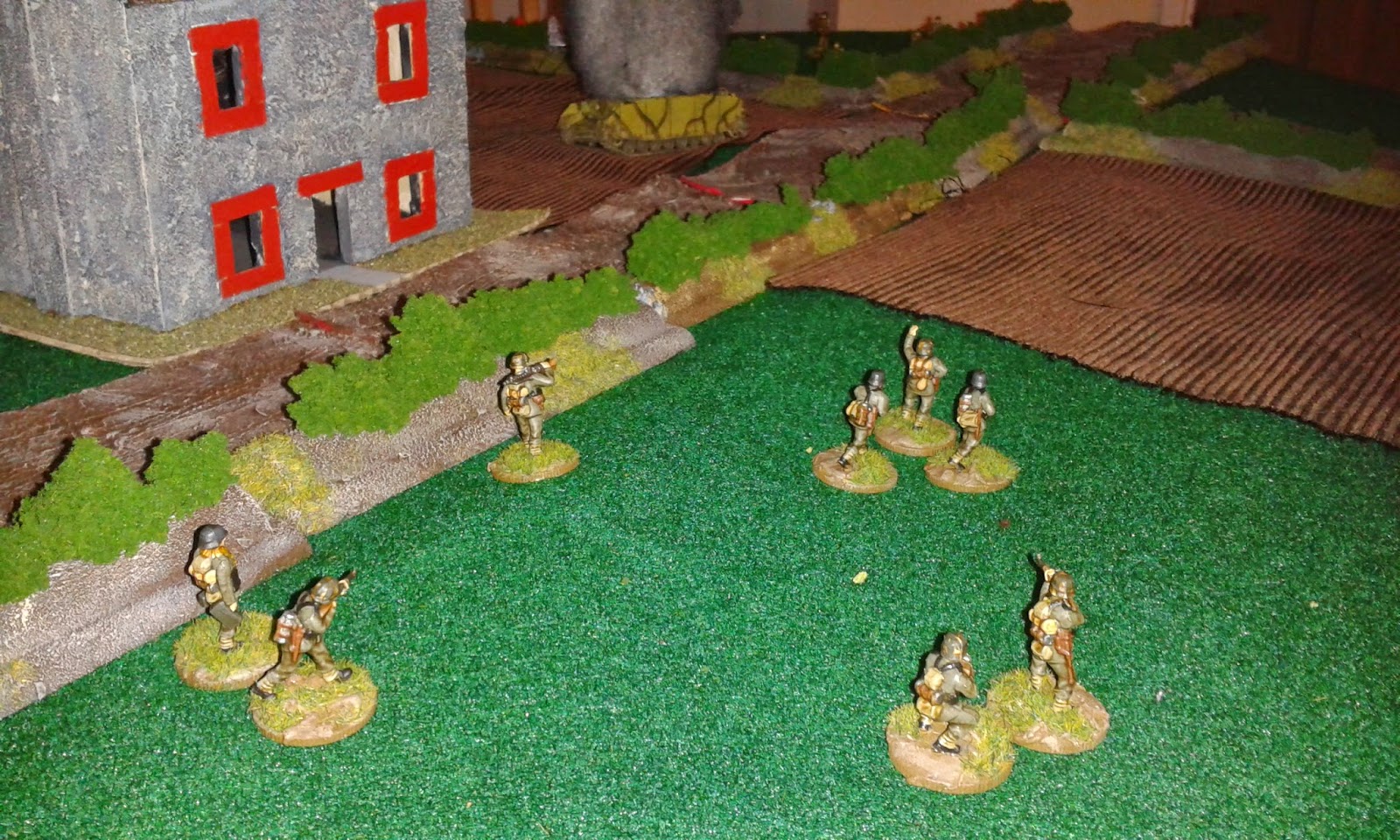 That being said, on the second British turn, only the bren team managed to activate, so they jumped the hedgerow and stormed across the road, getting ready to flank. 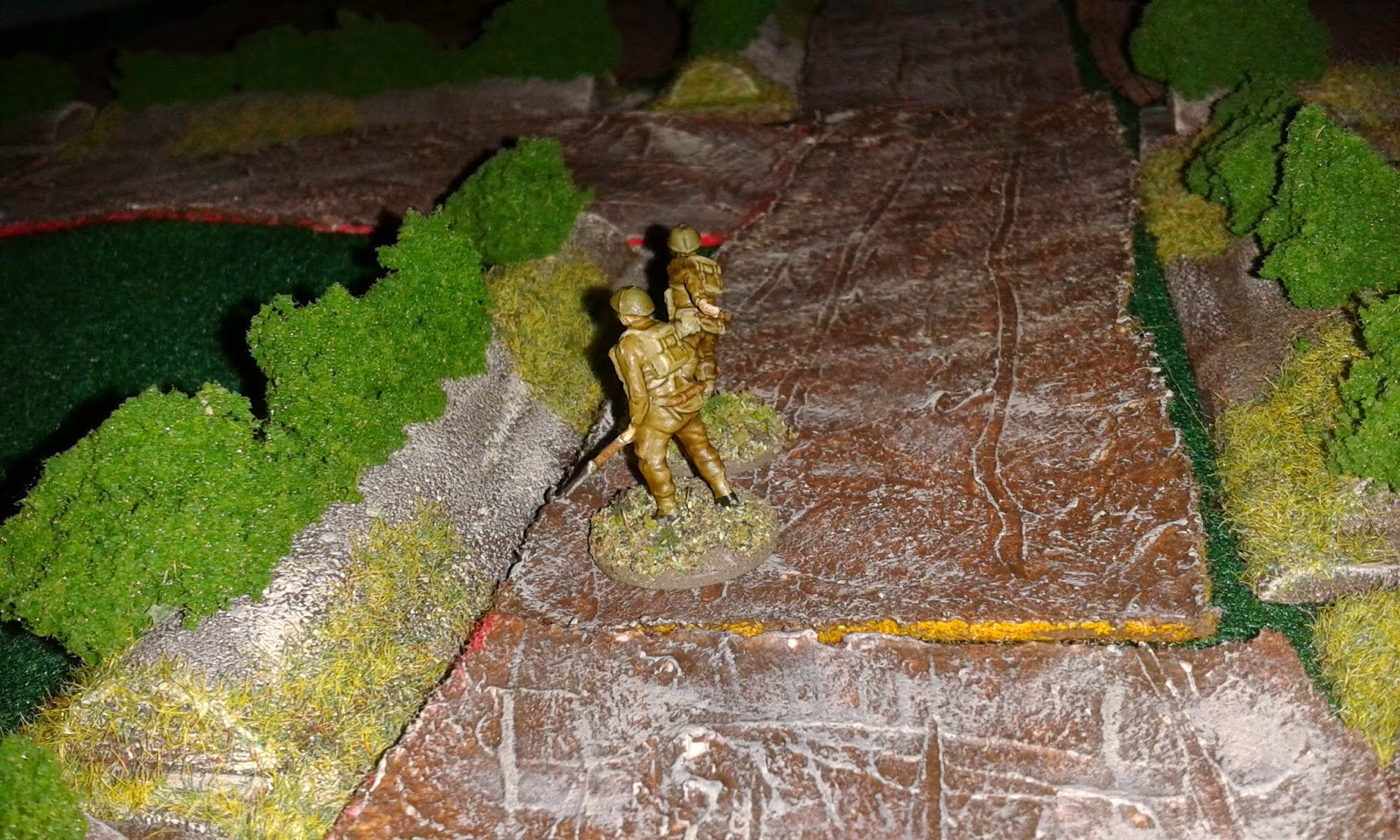 The Germans advance inexorably across the field. Will they get caught in the open? 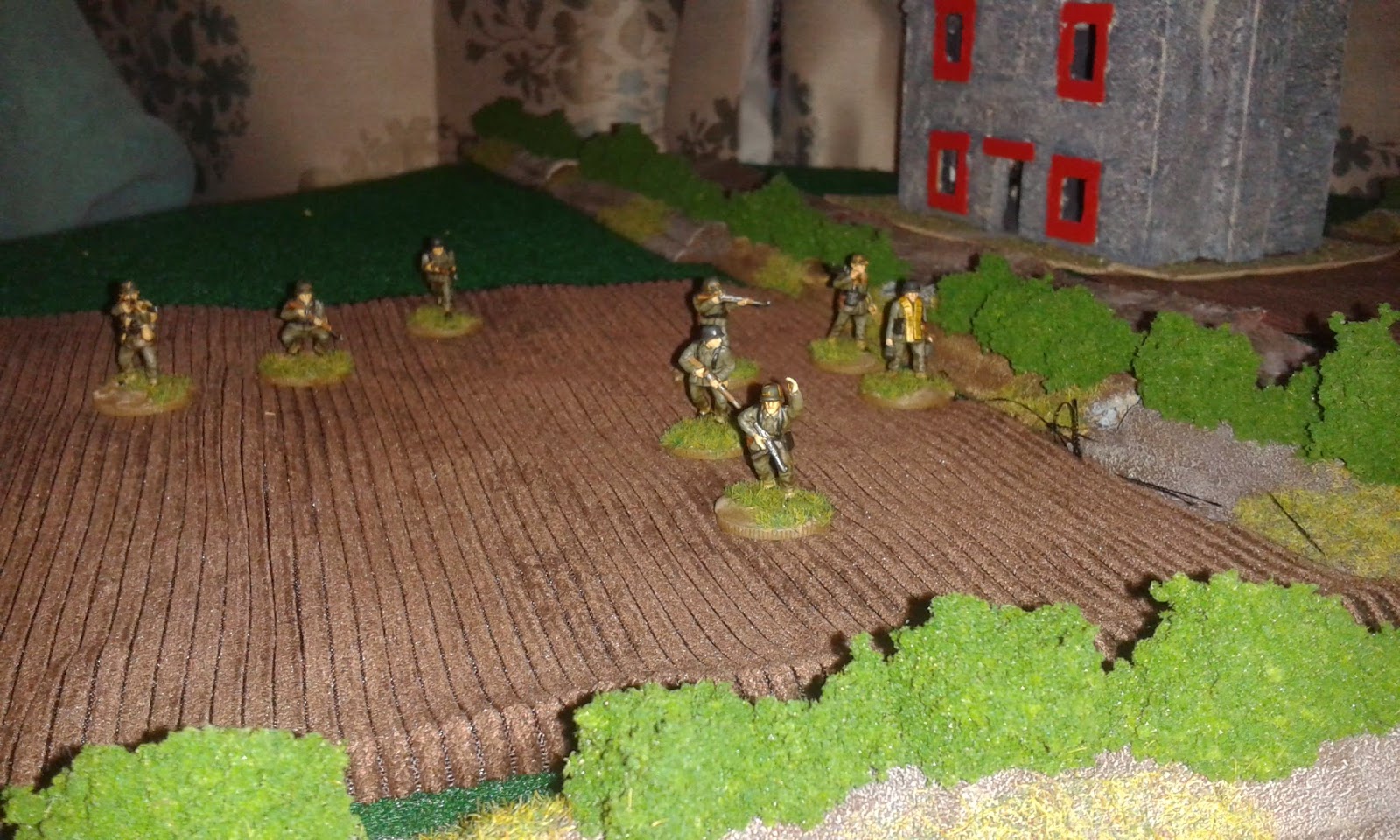 Yes, they will. Two plucky Tommies have approached the burning tank, and one of them takes an aimed shot at the MG-42  gunner, taking him out. 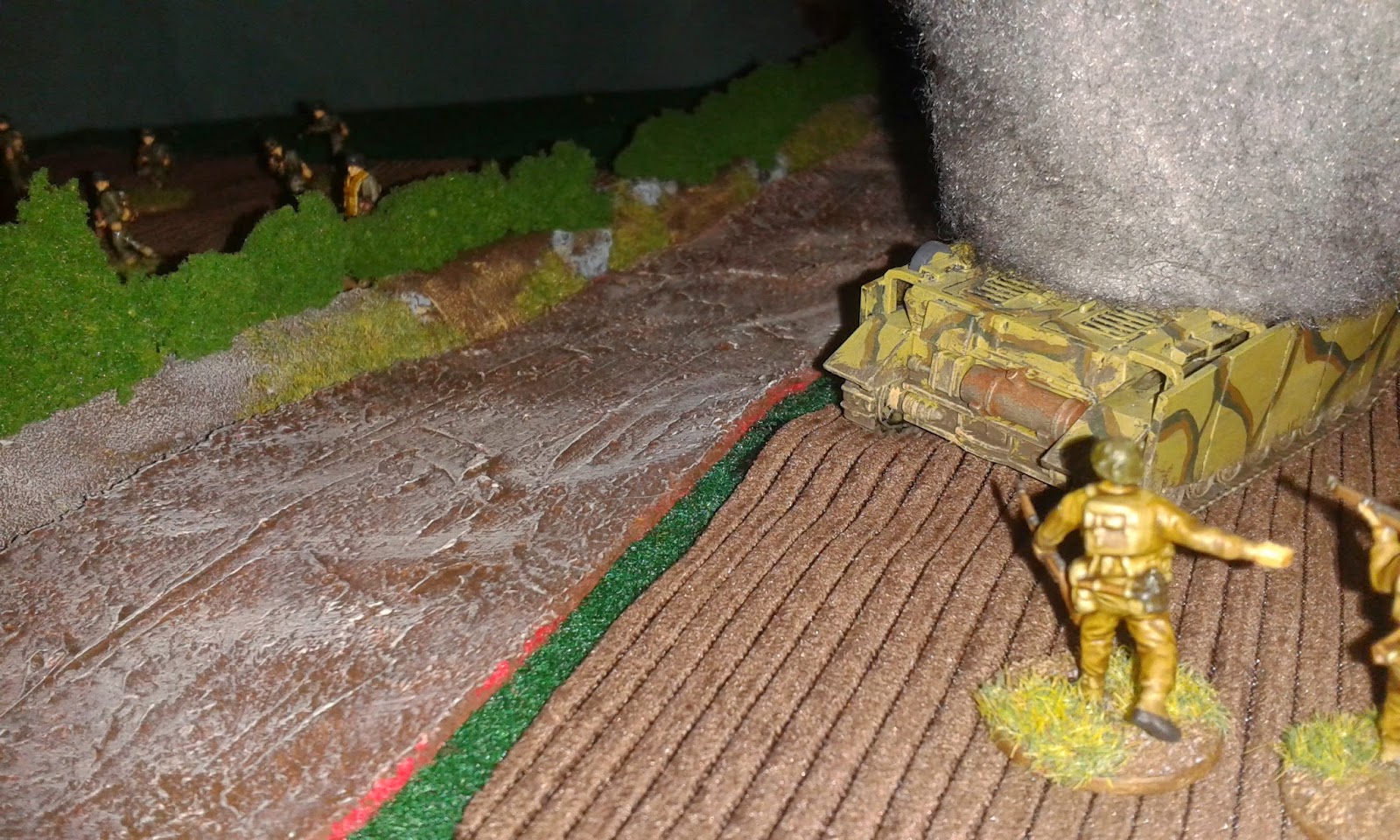 Again, the German advance stalls. It just wasn't going to be their day. 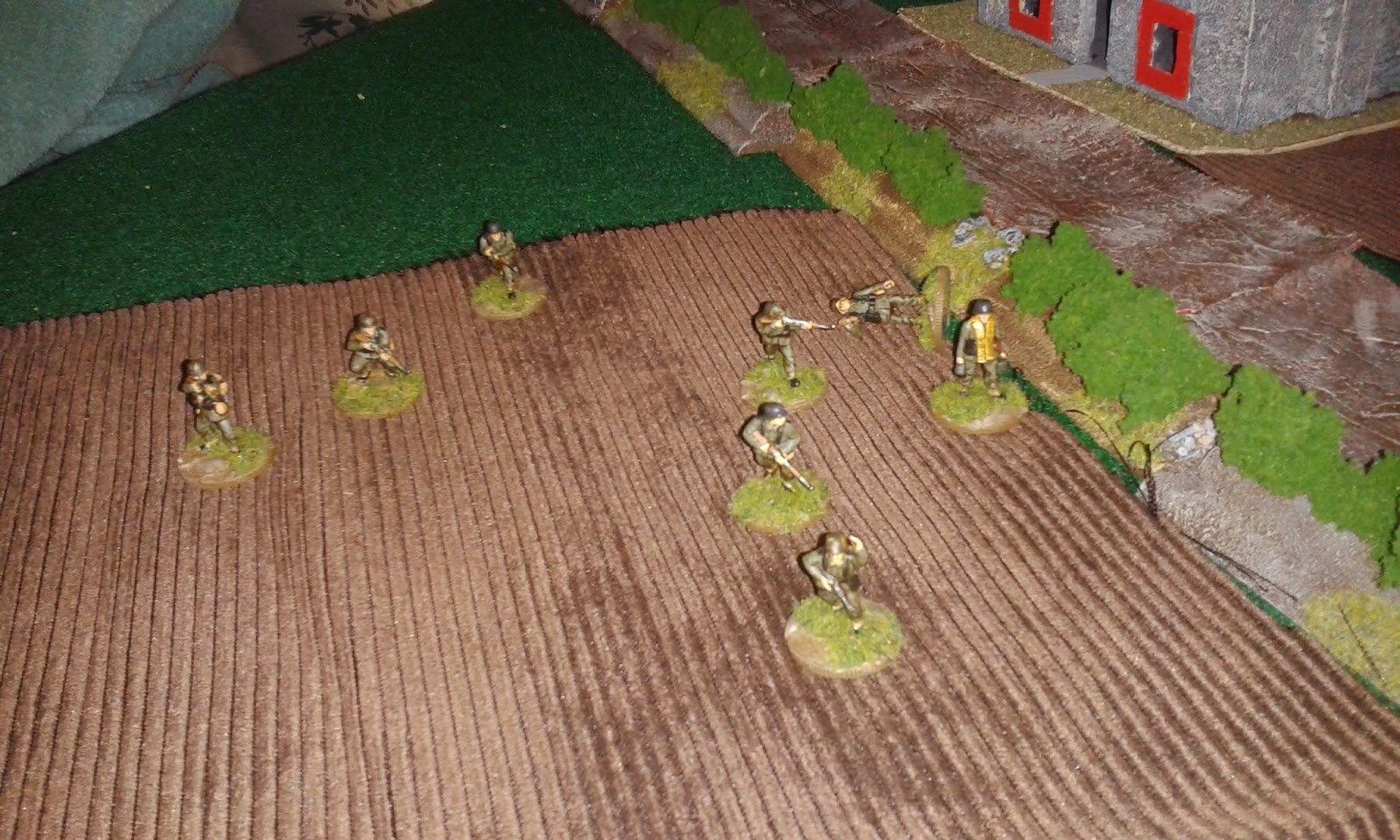 Caught in a crossfire, the Germans start dropping like flies. Their NCO did, however, manage to shake a Tommy. I think this might have been the only shot they got off the entire game. 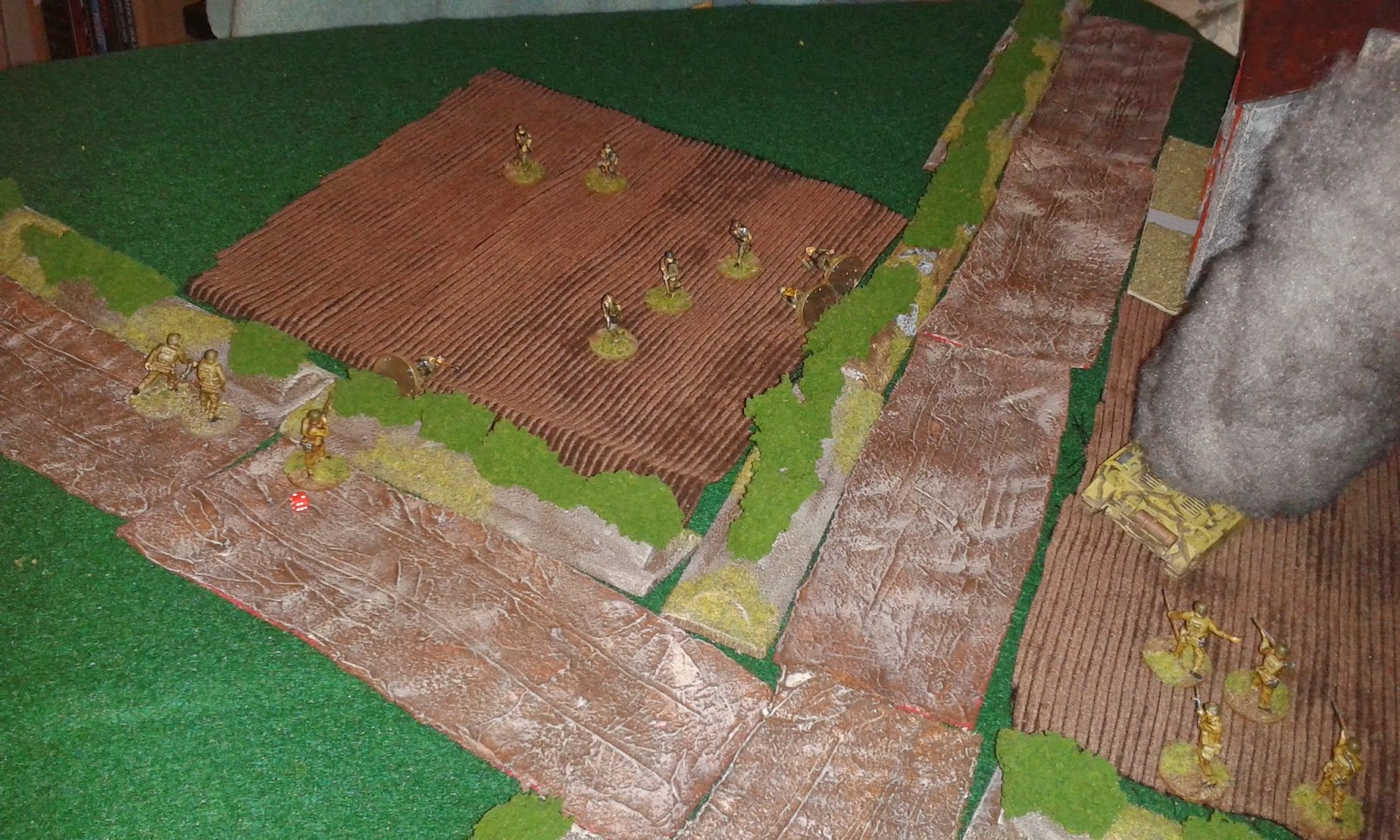 More failed activations and a couple of bursts from the bren team put an end to the German mission. The couple of men left standing retreated to call in reinforcements. 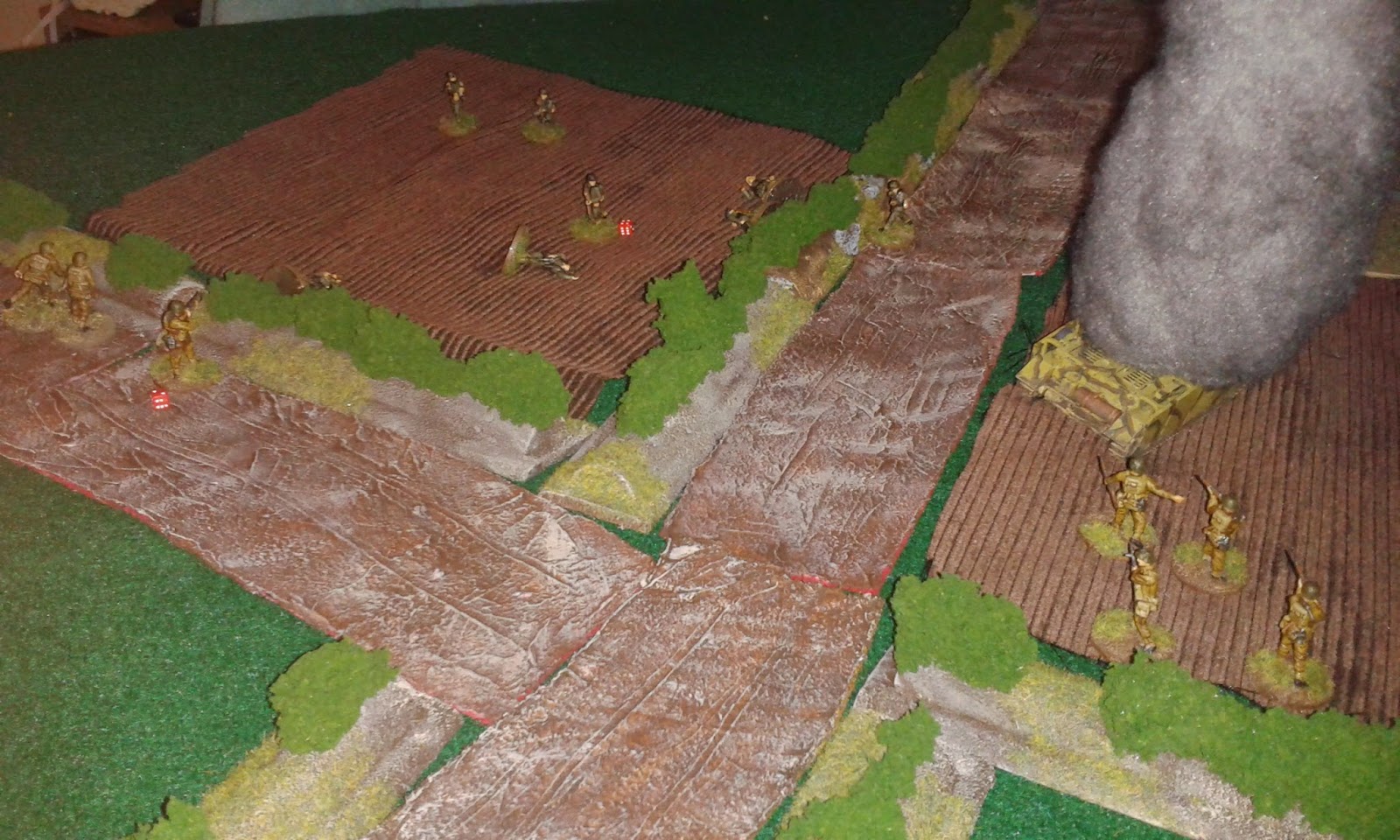 This wasn't the most interesting game in the world. The rules felt really simple, but deep enough to force me to think about my tactics.We will see what happens next time they come up against eachother.
Posted by James at 10:37 pm