Point 1: Sorry for the photo quality. It is night time, I am half watching the apprentice and the ladies are in bed, exhausted, and I don't want to disturb them by setting up a daylight lamp.

As mentioned last post, I purchased a set of UNSC Marines, NAC (I think) infantry and a set of Predator/Aliens. The descriptions of the infantry were something along the lines of "30+ infantry in various poses, including heavy weapons". I ordered them on Monday night, I think, and they arrived Wednesday. So delivery was amazing.

Below are the UNSC Marines. There are 57 of them, which is somewhat more than I would expect from a pack of "30+" infantry. You can see some flash, but at this scale, that should be easily removable by even a craft knife. 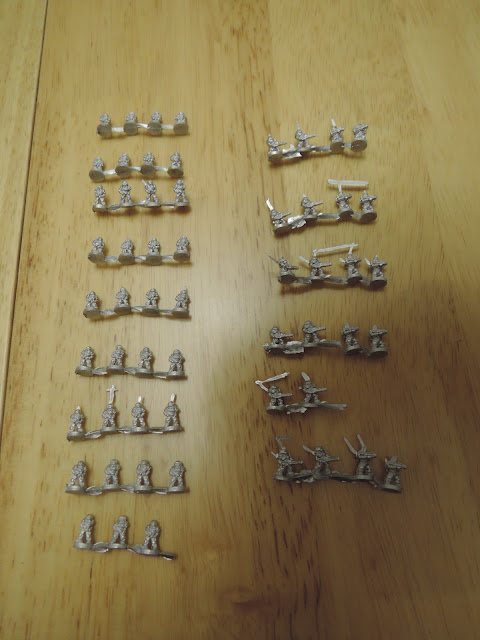 Below are the firing/heavy weapons poses. Above, on the left are troops standing, unfortunately all in the same pose. This is one tiny gripe, that can easily be forgiven considering the price, promptness, and quality of the figures. 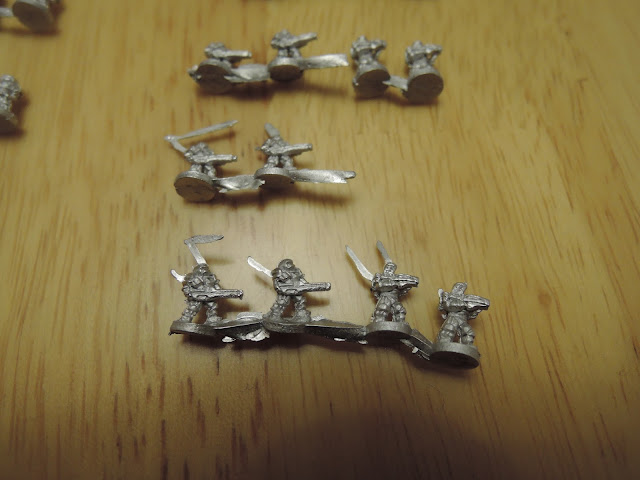 This next set are the aliens. There were suppost to be 10 of each, I think, and I have 13 of each. The aliens are my favourite. The predators are okay, but I am not too hot on their pose. That won't stop them tearing my commandos to shreds though. 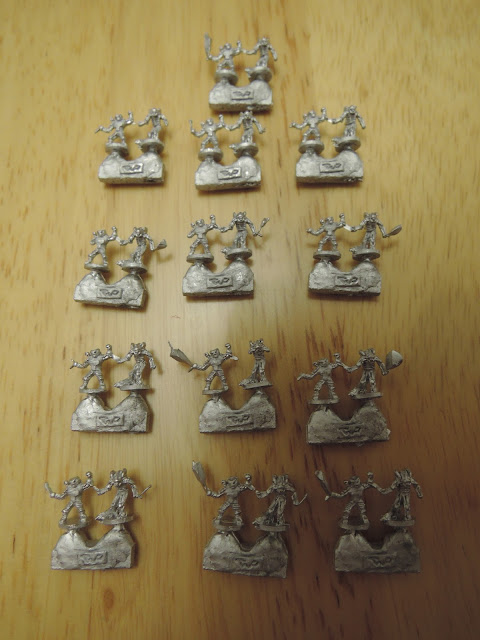 Everything being said, and my general level of pleasedness being considered, it was the NAC infantry who blew my mind. I began counting them out, and my "30+" packet contained somewhere around 85 miniatures in four different poses. There were three grunt weapons and then a rocket launcher. I am amazed at how 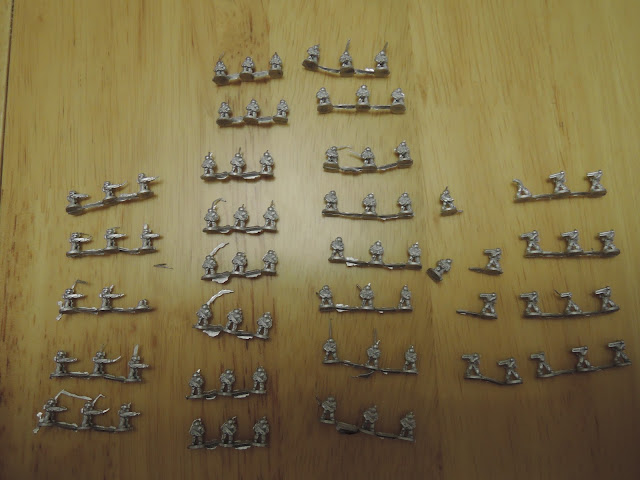 I cannot wait to paint these guys up. The bonus being, I can prime them black, paint them another colour, then paint their guns, and visors. I am looking forward to some very quick painting sessions. 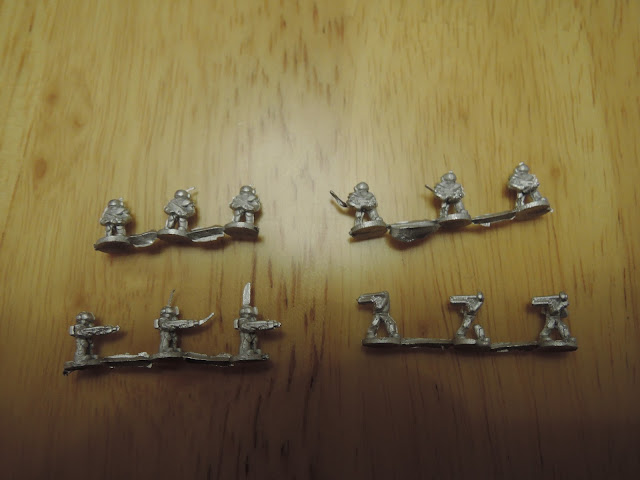 The only problem with the miniatures was that some of them were malformed. By some, I mean maybe three or four. I seem to have a set of legs, and a headless rocket man. But when you consider that I have almost 90 of them (which must surely be a packaging mistake) then what is a few casualties before hitting the painting tray? 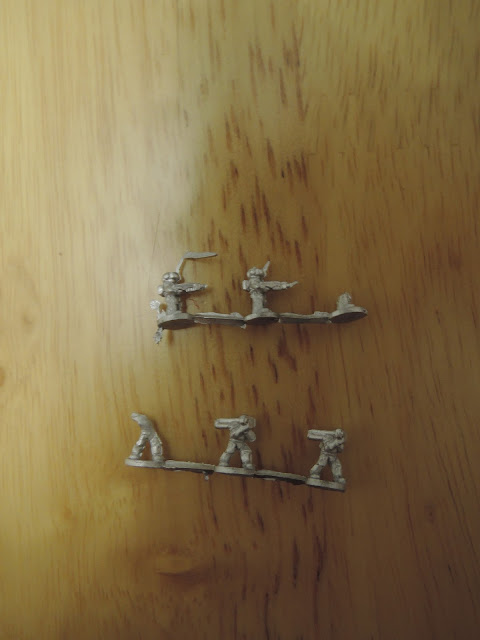 In conclusion, I would give these miniatures a high score. I don't score things right now, and don't want to set the bar too high, so will wait until my other infantry arrive from another company. I think they are "Solar Empire" Marines or something, but I paid in dollars, so they are likely coming from the USA.
Posted by James at 10:32 pm