Adonis is a colony owned by Hysys GmbH, the largest German mega-corporation. It is a prairie like planet with large swathes of open grassland. The only reason it is not a bustling world is that it is fairly out of the way and was only recently discovered. In a century or so who knows how established this planet will be?

Due to its lack of importance there is only a small, mobile garrison of Hysys security forces designed to respond to possible alien threats and the occasional pirate raid. It was unusual for them to be having to respond to a military incursion, but the intelligence doesn't lie. Quansec forces had landed south of a small settlement. Tasked to respond was a small force: there were already two light infantry elements garrisoned, and a light mech and two light cavalry units were on their way, expected to arrive imminently. 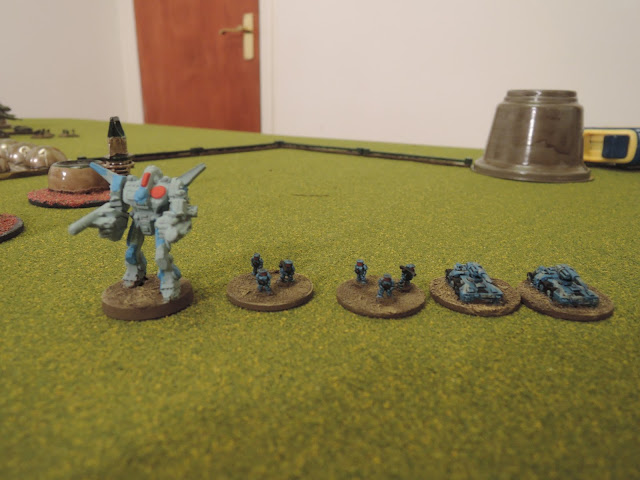 The Quansec forces approaching needed to silence the garrison quickly to prevent further reinforcements. The engagement is a Deliberate Attack, meaning if the defenders have more than 2 elements on the field at the end of the 2nd turn they win. If not, they lose. 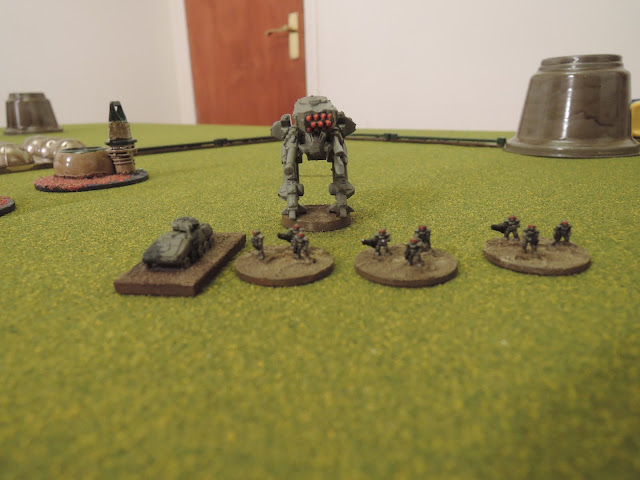 The Quansec forces sent their mech along with two infantry units directly to the settlement, while they flanked with an infantry unit and the cavalry. Hysys began with infantry inside a building and another unit behind the hydroponics centre. 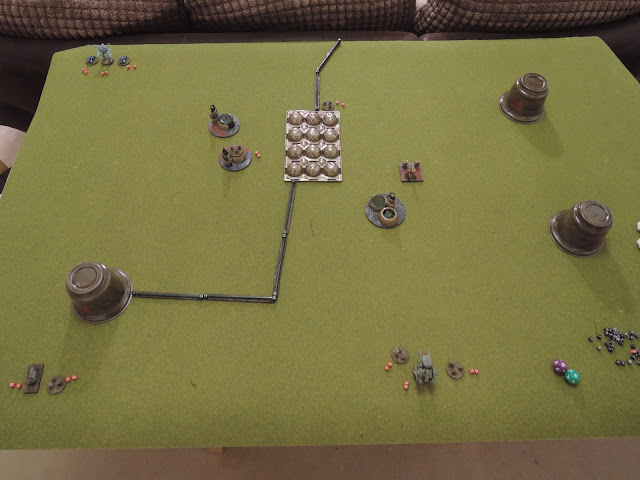 The Mech and infantry move up to the settlement all the while exchanging ineffective fire with the enemy infantry. No blood is spilled. 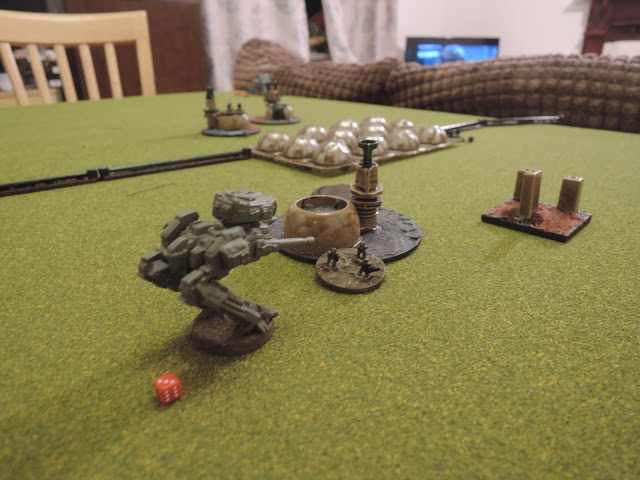 That is until the mech scores a crit, reducing the infantry's A down to 1. 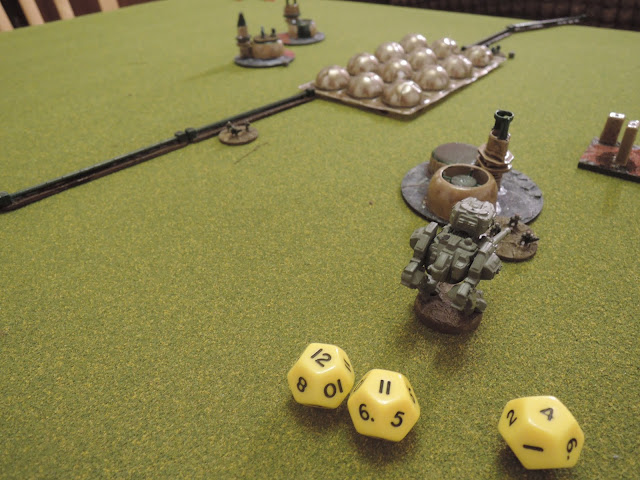 The flanking Quansec infantry score another hit and it would seem I treated it like a crit by accident, thus reducing the A to 0 and destroying the unit. 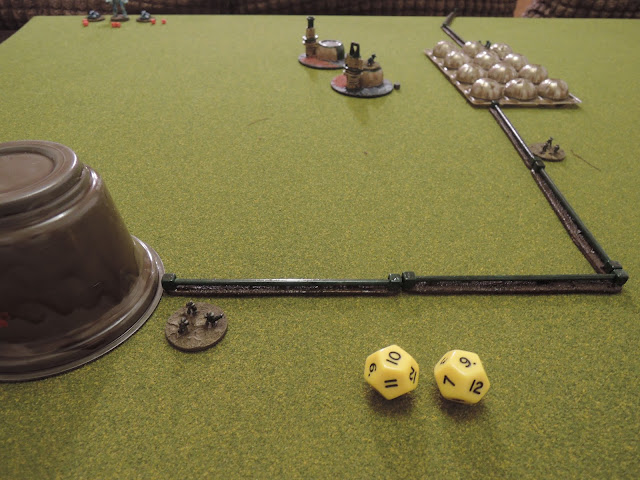 At the end of the first turn this is the picture. Hysys will bring on their reserves this turn, and thinking about it I am not sure I was supposed to allow them to bring on all 3 units. The infantry is going to be surrounded, but luckily reserves are arriving. Quansec need to advance faster and get down to business. 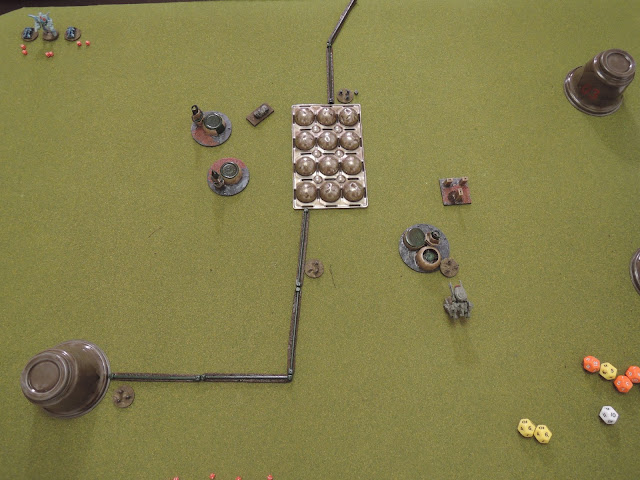 Fire is exchanged between the infantry units and light cavalry, resulting in the destruction of the Hysys infantry. 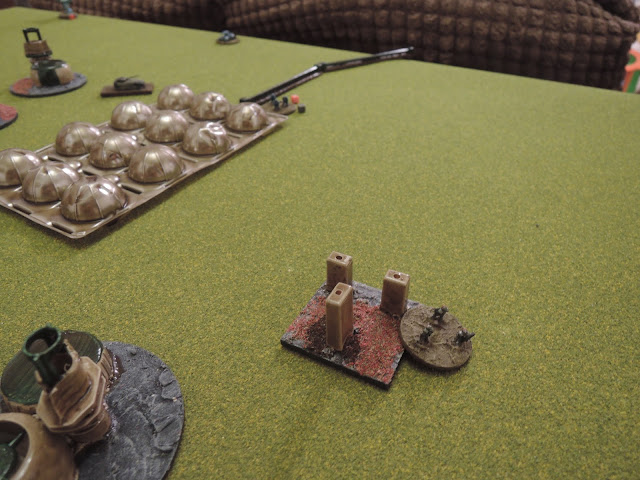 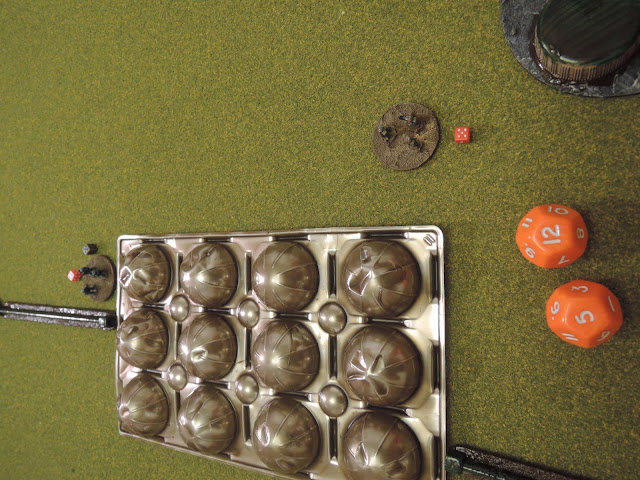 Hysys bring on a light cavalry unit who fires at the opposing cavalry, damaging it. They also bring on their light mech and send it off down the right flank, away from the fight. 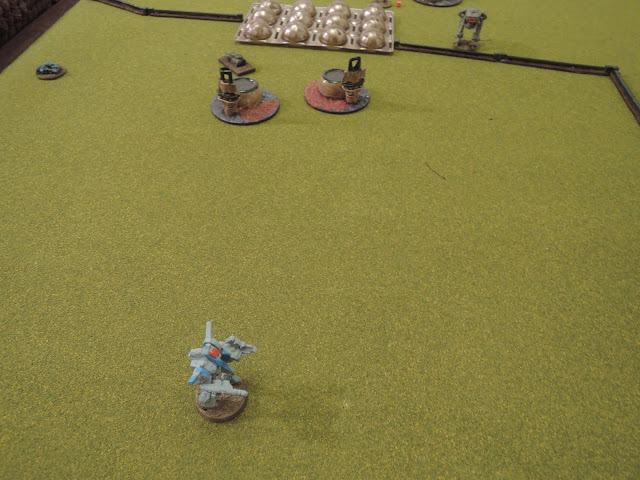 Hysys bring on another light cavalry element. The Quansec mech fires and misses the Hysys mech. It is now a desperate situation for the Quansec battlegroup. They need to take that light mech down and prevent communications getting out. But they only have two slow infantry units to try and to so. 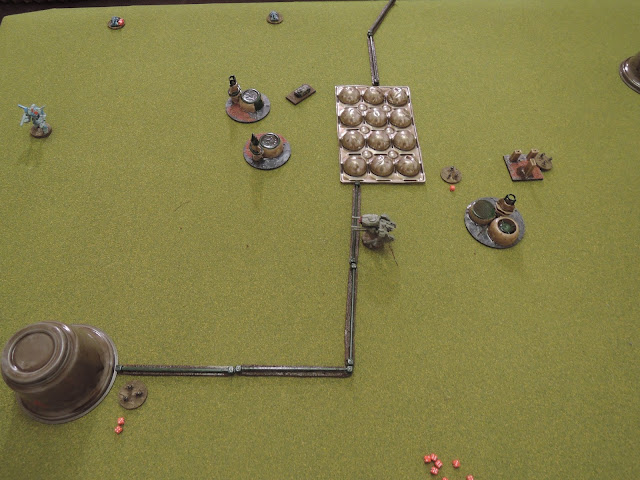 They tried. Infantry attacking the mech at all opportunities, but damn did he have some good counter measures. 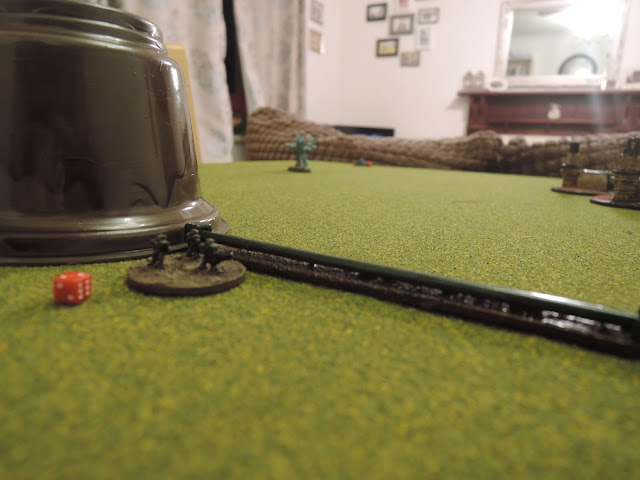 While the Quansec force has taken the settlement, they were unable to prevent communications from being sent out. Reinforcements would be on their way. Questions will begin to be asked as to why Quansec was interested in this planet enough to send a force there. 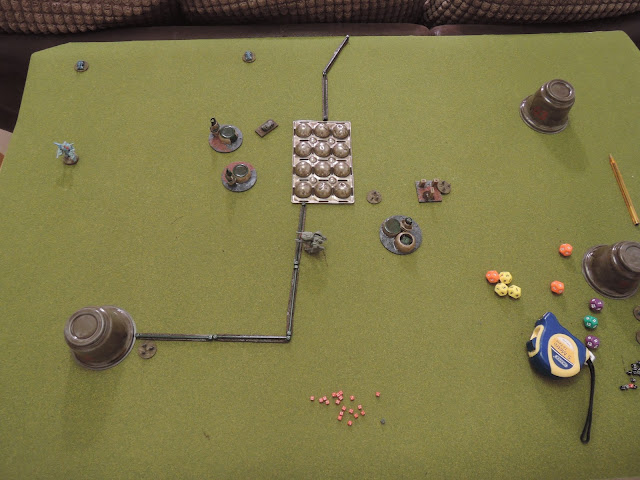 I will write a more in-depth review of the rules at a later date, but needless to say this was very fun. I messed up a couple of rules, but still enjoyed the story as it unfolded. The game played out in just under 30 minutes and had a definite conclusion. I will be finishing more terrain and miniatures as time goes on so my table will also look more impressive as it goes.