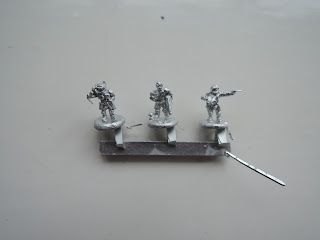 I ordered a selection of CinC Solar Empire Marines miniatures, and others from that range. Unfortunately on their website they don't have pictures of all the miniatures so a couple of the packets were a bit of a gamble. I am now posting photos of the miniatures so they are available.

The first photo is the Command strip. You will get these with most packets of actual Solar Empire Marines. They are awesome. 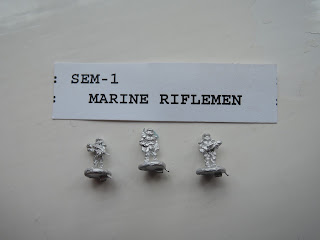 These are the three poses of riflemen in the standard infantry pack. 15 of each and some commanders. 51 miniatures in total. Lovely. 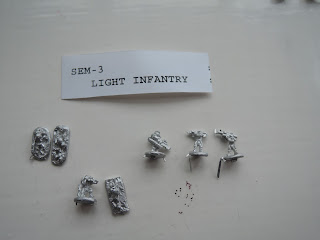 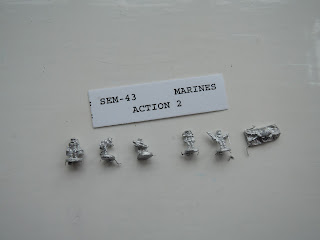 SEM 43 Marines in action packet 2. There are some great poses here, but there was no picture online. This pack has 51 miniatures and quite a lot of them are the kneeling pose. 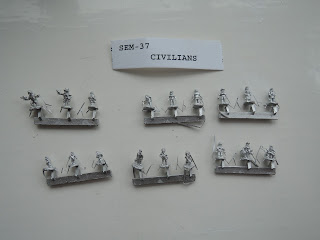 Civilians. These are brilliant. I have a couple of gunslingers and random people to populate my worlds. I may base a few of these together to make refugee stands for Horizon Wars. 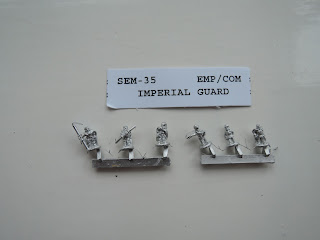 Imperial Guard. Inspired by the Star Wars Legacy comics? Either way, useful for me. None of these will be based for Horizon Wars, these are all Starport Scum. 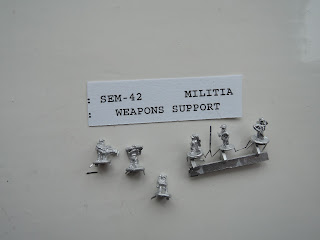 I feel like the militia are who I was mostly interested in getting. These support weapons will be very nice. 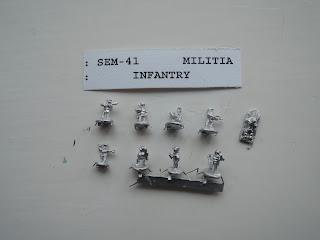 And finally the milita. Good for security in planetary orbital platforms, or just generally anywhere.
Posted by James at 11:46 am