In an attempt to create more cheap, easy fields I spent some more time this week trying a few ideas. The top photos are are the same field. It was a square of hand towel that I soaked in an ice cream tub that had watered down green acrylic craft paint from The Works. I soaked it for a minute and took it out hen left to dry.  It took a few days to dry,  but that may have had something to do with me not squeezing out excess water, and leaving it on my cutting mat. Once I hung it on the railing in my garden it dried faster. It is pretty crispy and I like it. The paint is also a bituneven which lends itself to looking real. Some of the material is also quite matted down which I also like. 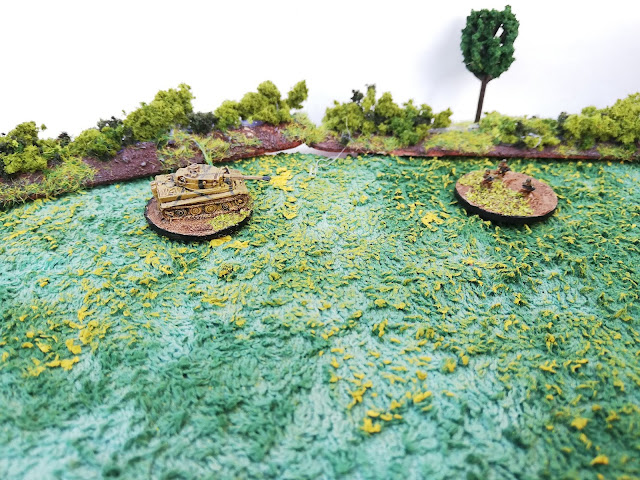 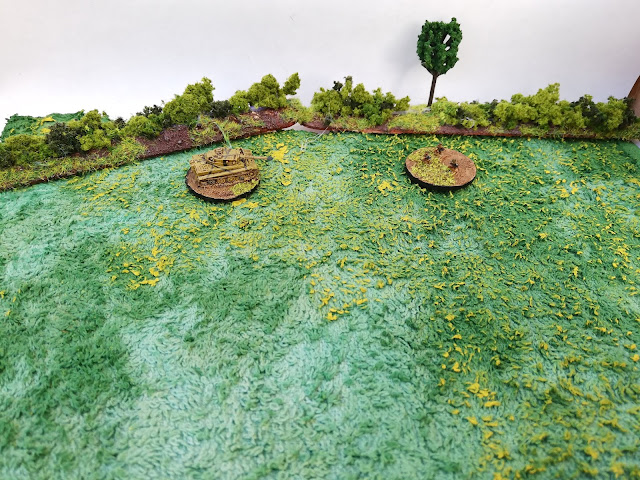 However, I wanted to try it out a little differently next time. So I took an entire towel and soaked it in a bigger ice cream tub with a mixture that was more watery than the last one. I also tried squeezing out excess moisture, but it started going white again. I then hung it on the line. The tub of ice cream never had a layer deeper than 2cm of paint mixture but I did have to top it up a few times. I am pleased with how it looks and it took about 24 hours on the line to dry through...although a few times I had to hide it in the play house due to rain showers.

I wonder what will happen when I chop it up. 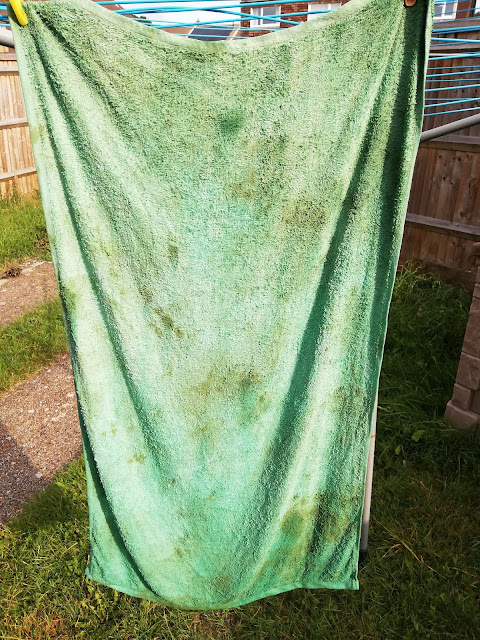