Invasion France: The beginnings of an army

I have recently become fascinated by the early war Wehrmacht. As such, I am building an army so I can invade France or Poland with it! My Panzer 38(t)s are coming on nicely. I have basically done all I want to do on them, until I find a satisfactory matt varnish. I picked up a humbrol spray and will be testing it out on some of my younger brother's old models.

The Pegasus panzers are pretty great. They were easy to put together, yet have good detail. Once I have varnished them, I will drybrush on a bunch of dirt. They are far too clean right now. 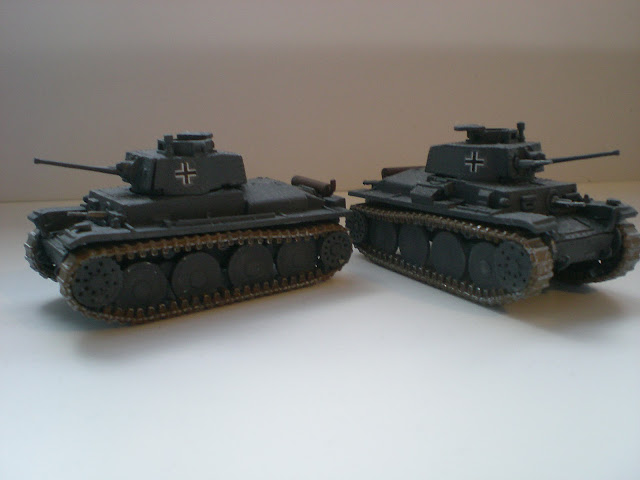 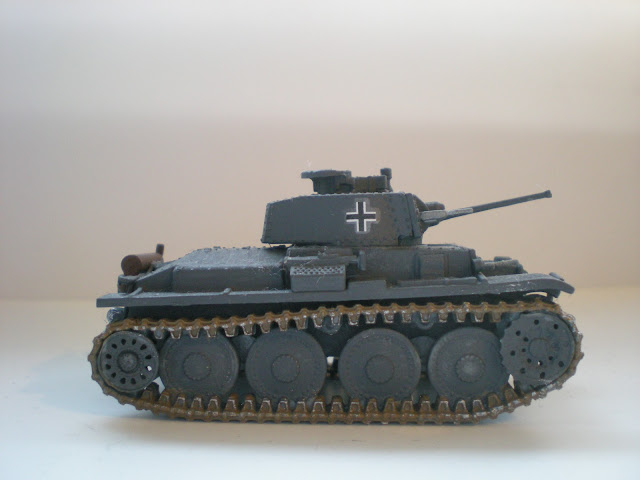 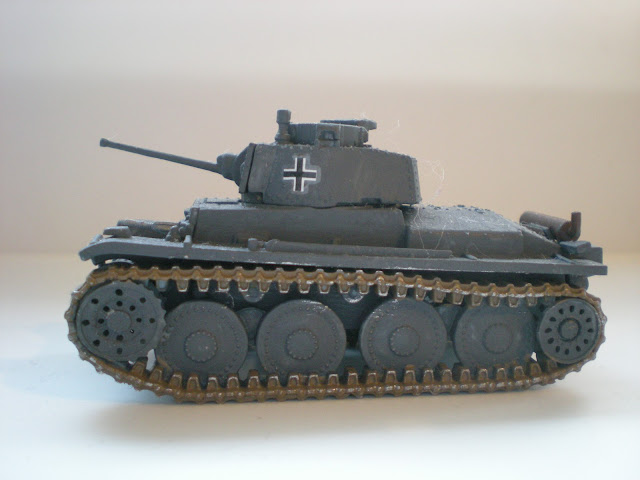 Here is a Revell Krupp Protze and Pak 36. Again, I am now waiting to choose my varnish and will finish it off. I also need to get hold of some crew for her too. 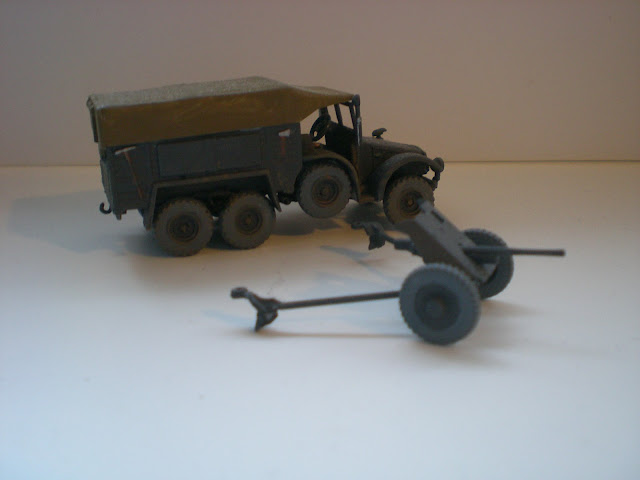 I have some other panzers, and a few other things in the works. I will eventually post my entire invasion force up, and then get to work on some BEF forces. I may get some French and Polish going too.
Posted by James at 9:45 pm