These Iron Wind Metals mecha (10mm battle armour) have been sitting around on my painting mat almost finished but not quite for a few months now. Tonight I finally gave them a few highlights flocked the bases. 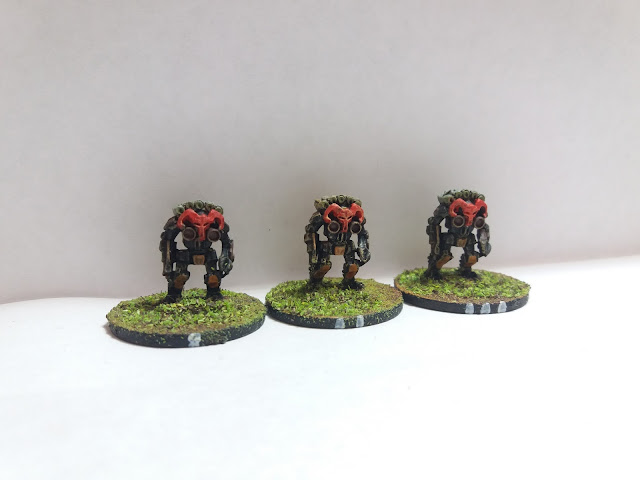 The Crimson Skulls. These are the support mecha of one of the better known mercenary groups in the Fringes of human space. The infantry are well trained, usually former military, or trained by former military drill sergeants. They tend to accept contracts that fall on the side of legal, but occasionally may get involved in some more questionable ventures. 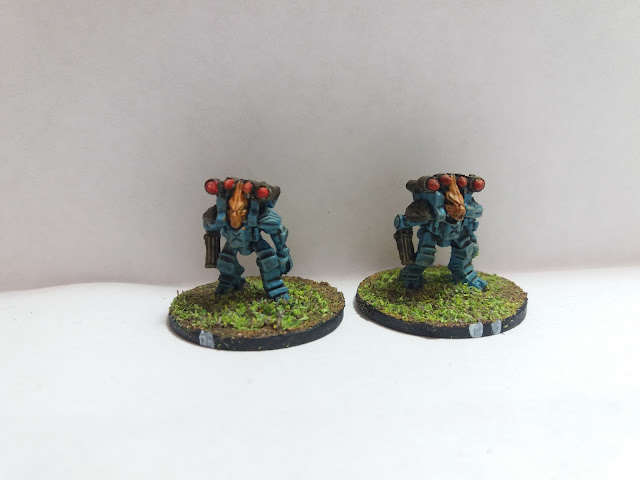 The Twins. Little is known about the operators of this armour. They have been on the payroll of HySys for a while now, but their contract is coming to an end... 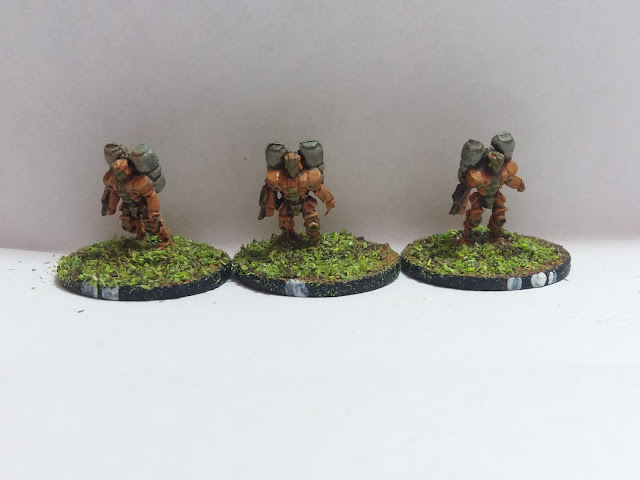 Soldiers equipped with this battle armour are trained to jump from low orbit, land in the rear and cause trouble before making a quick getaway. These three suits were scavenged from the remains of the First War of Independence. 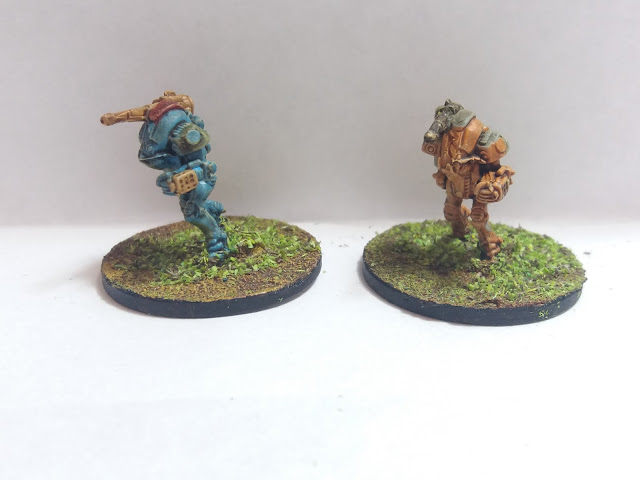 If your settlement can afford it, you get at least one mech. These are multipurpose combat platforms. The shoulder mounted weapon can be used for anti aircraft, vehicle, infantry, mecha purposes. Fairly easy to maintain and versatile, this type of mech is popular on fringe colonies that can afford one.