I have some updates.

The Sunspoke Mining Company has a system where it transplants an entire semi self-sustaining colony onto a planet in order to save costs with having to deliver as many supplies across the vast expanse. Sometimes, however, the venture can prove unsuccessful and the company pulls out, taking with it as many people as want to go.

These people are members of Sunspoke security, or were until the company pulled off this rock. They decided to remain to help provide law enforcement to the other settlers who decided to remain. Many of those settlers were farmers, who provided the nourishment element of the self sustaining colony. 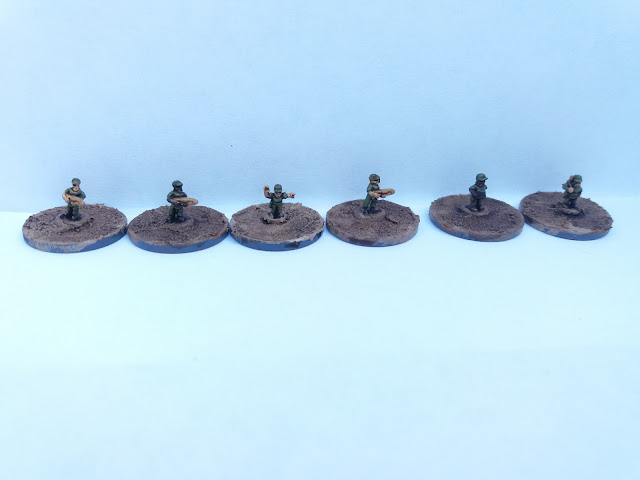 Below are other miniatures who I have spent the weekend re-basing. I used a cheap craft paint from The Works, I guess it is beige. I then used Agrax Earth wash quite heavily and as it stands I am very pleased with them. They are generic enough that they will fit in many settings, and don't just look like I couldn't be bothered to finish painting after texturing the base. 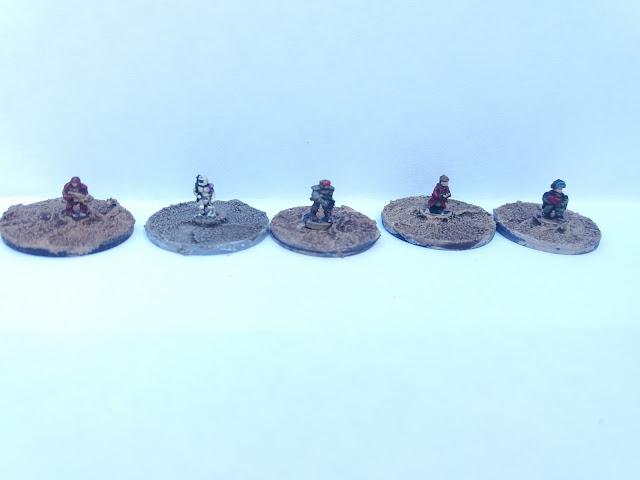 Pleased to be getting back on track.
Posted by James at 4:09 pm