I ran a youth camp from Wednesday to Friday. There were only a handful of lads on camp so when thinking of what we could get up to in addition to compass, map, knot tying skills. I decided I would bring some model making stuff, and my 6mm Horizon Wars forces. It turned out to be a great hit!

However, disaster struck on the first night when it was discovered that the marquee was not as water proof as I thought. My dice tray, after a couple of years service now needs to be replaced due to water damage. 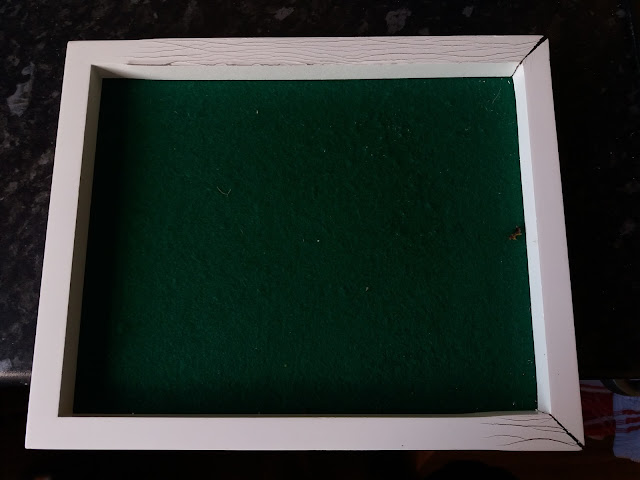 I brought some yogurt pots, dunker tubs and bark. They all decided to build those tower/gun turret bases, for which I was too lazy to make rules.

Having sprayed them, I decided to just throw them down on the table and have a game. Each team had 3 infantry elements, two cavalry elements and a mech. I made the stats up as I forgot the rule book and they had a blast. First blood came quite quickly, but in the end after about 90 minutes we had to pack away our tents and the momentum was lost. The blue team won with 5VP against the green/orange team's 2VP. 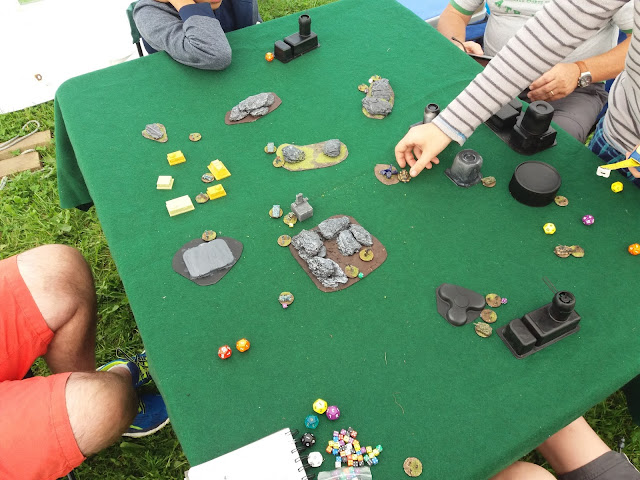 I reckon I have come converts though. 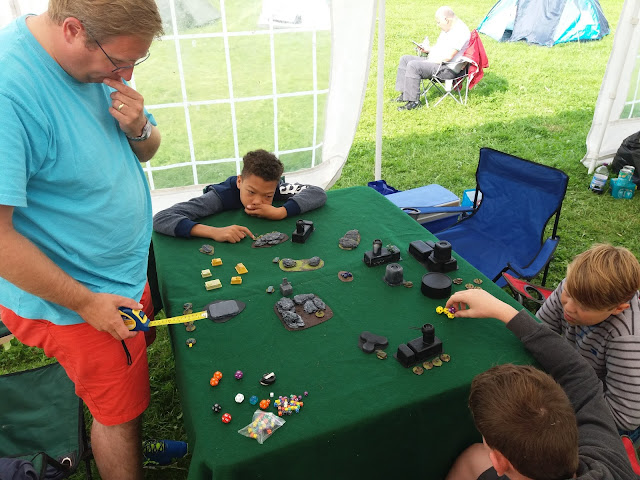