Meet Flint Church and friends. We may remember Flint from his time working bounties with Rhoro Tharik. Having been raised on a smuggling vessel, Flint spent much of his youth involved with that business, broke away to become an independent smuggler at 18, met Rhoro a few years after that and joined his crew. Then, having gone through that adventure, and having lost good friends along the way, he decided to settle down and start a family, using skills picked up from living on a ship to become a mechanic at a Sunspoke Mining colony.

He is the NOT Malcolm Reynolds figure, second from the left. 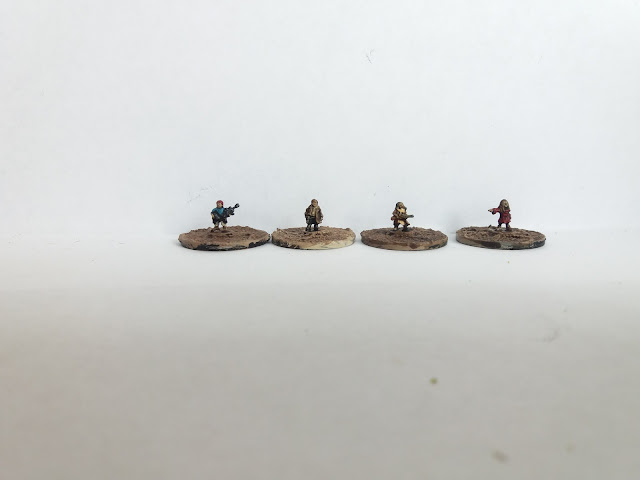 The other figures are people he will meet along the way, some working at Sunspoke, others from other avenues. 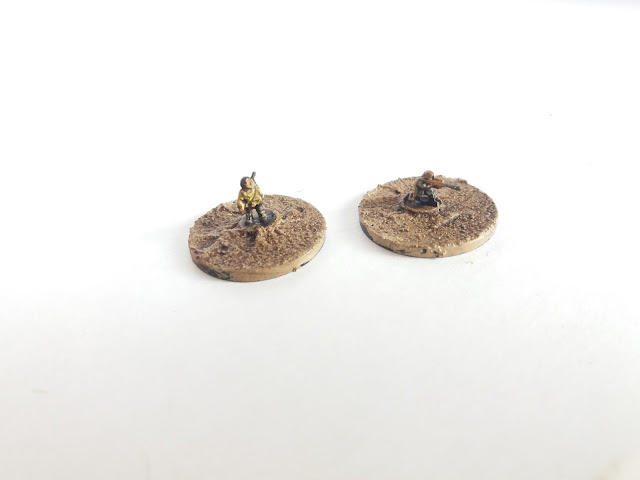 Above we see a pair of hunters who make a living exploring new worlds for various corporations and governments. Skilled at survival, they have seen things and have some stories to tell.
Posted by James at 10:11 am