"Join us in Paradise or we'll send you to Hell"

With a strap line like that, it is no wonder the Neo Christian Union took their followers and retreated to fringe space. Whether to avoid persecution or because their extreme views are unwelcome to many civilised people across known space, it was decided to colonise a system of planets out of the way. God willed it.

New Charon had, however, already been settled by the Freehold, a commune of quasi religious folk who felt by escaping the central systems they could keep themselves clean of the evils of cybernetic human "enhancement".

Below we have a typical Missionary force, bringing the light of Truth to the heathens. 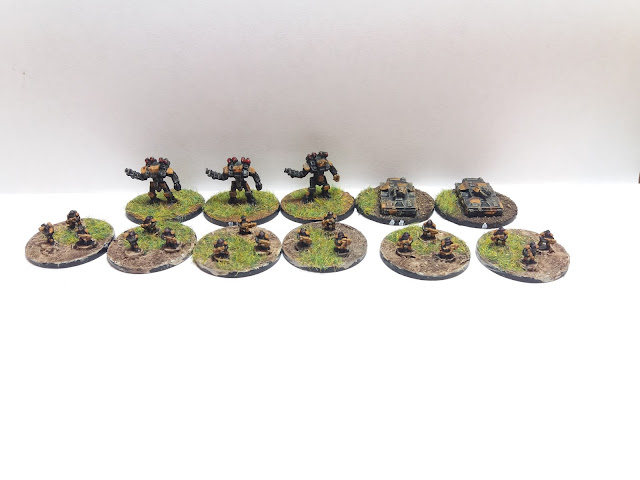 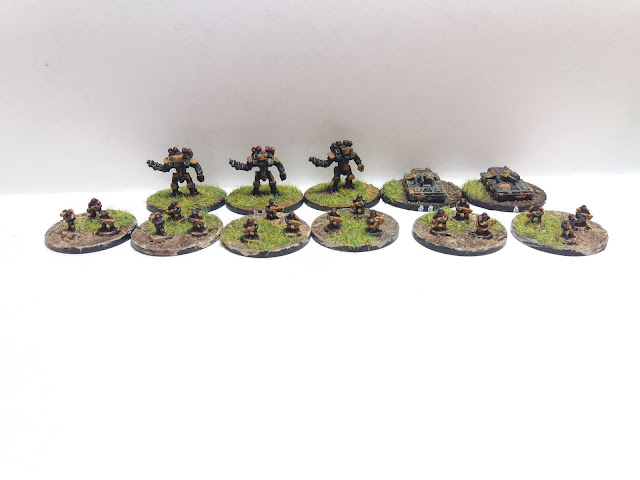