Edge of the Storm part 2: Youbos: Grabbing a Ride.

Garen's Spring. A small township where moisture is purified, turned into drinking water and then sold on. It is also the nearest settlement of any consequence to Sara's farm. This is where Sara, Ulrich and Corde are headed. Sara knows a mechanic with a vehicle that will be able to  get them across the wastes to a town large enough to have a space port. 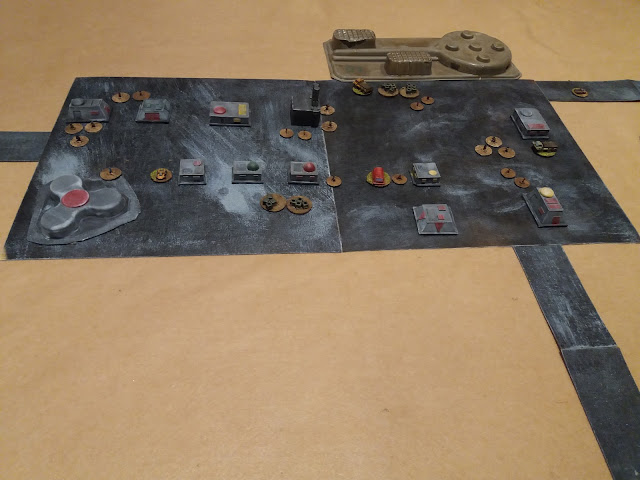 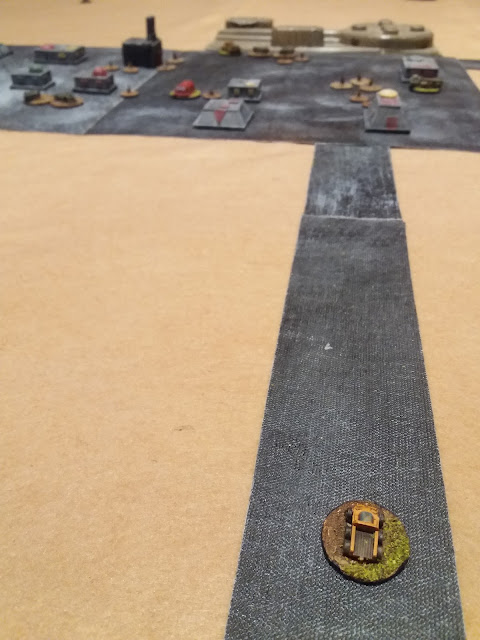 Sara and Corde approach Garen's Spring. So far there have been no suspicions raised. The lawmen who escaped may still be being debriefed. Ulrich dismounted earlier and has circled round to the west of the town. He will be covering their exit should the heat come down. 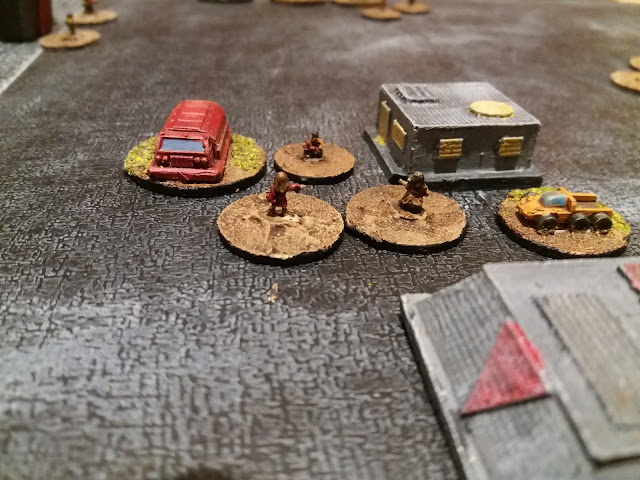 With suspicion still low, Sara and Corde dismount their car and meet up with the mechanic. They will be taking the red van across the wastes. 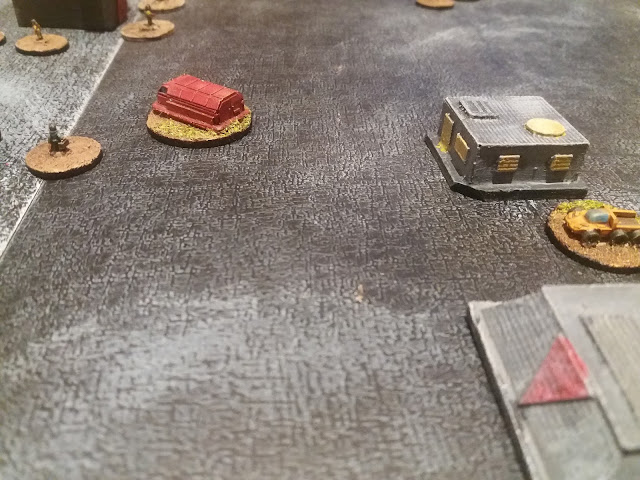 They begin their journey out of town, the local law still none the wiser. 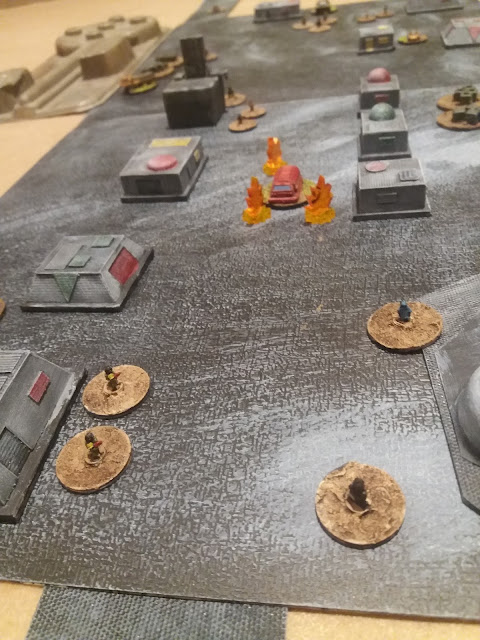 Luck runs out. Three officers open fire at the van causing minimal damage. Sara puts the pedal to the metal in hopes they can escape without fighting. 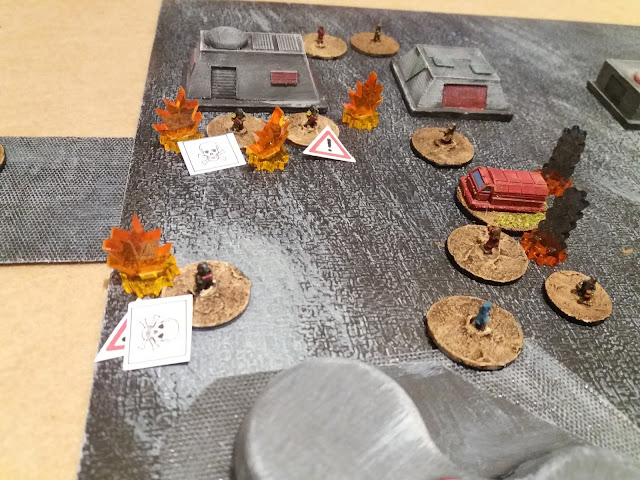 A few bullets to the propultion system and the van shudders to a halt, smoking. Corde and Sara jump out firing wildly to immediate effect. Two officers crumple to the ground and another dives for cover. They might make it out of town, but now need to find a ride somehow. 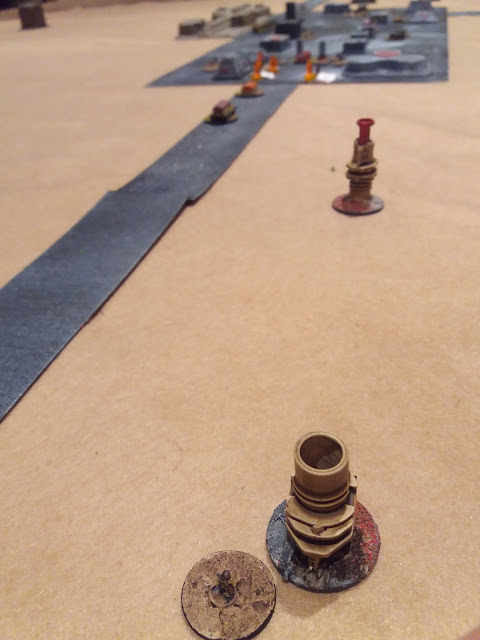 Ulrich takes a shot at the final remaining guard, keeping him pinned. 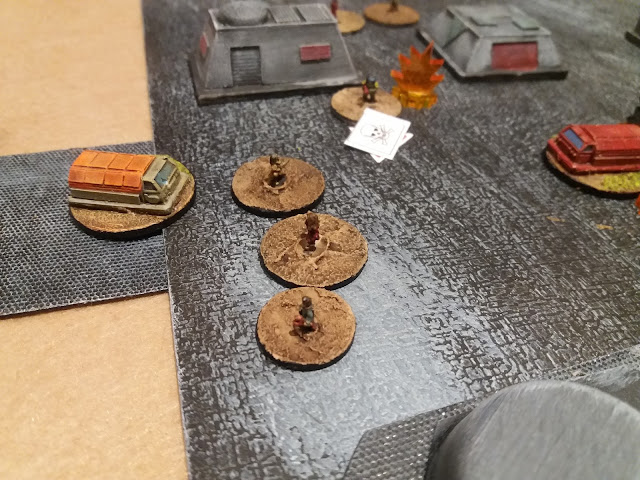 Our farmer turned criminal flags down a vehicle, threatens the driver and climbs aboard, mechanic in tow. Corde takes out the final guard and hops on the back. Officers from across town begin heading over taking pot shots to no effect. 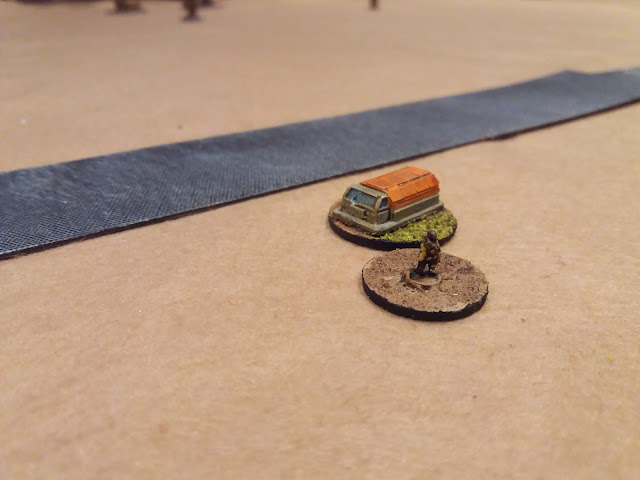 On the way out of town Ulrich hops aboard. Next stop a space port, a ride off of this dustball and a journey over to the Khalla sector.