When they said to invade the Tedrion system, it was meant to be a walk over. The fleet battle was quick and brutal, with the Alliance Navy having to retreat out of the system having taken heavy damage. The ground fighting on Tedrion III on the other hand, was not going as planned. Bloody jungle fighting had turned the campaign into a battle of attrition between the defending Alliance forces and the invading Pan Asian Combine Army. 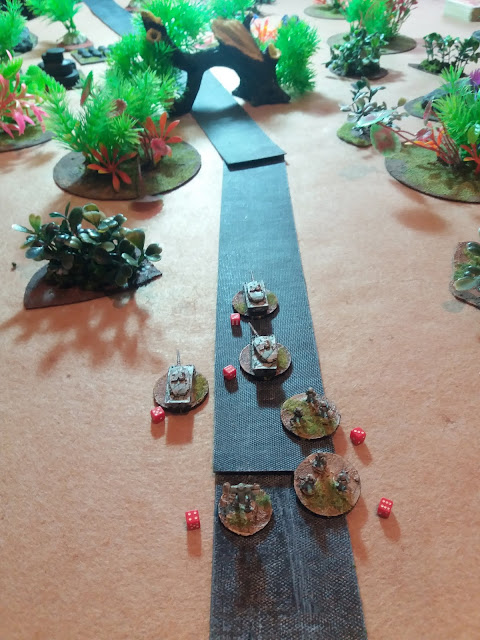 Tasked with joining up with another unit the PAC battlegroup had to advance along the jungle road, passed an abandoned settlement. 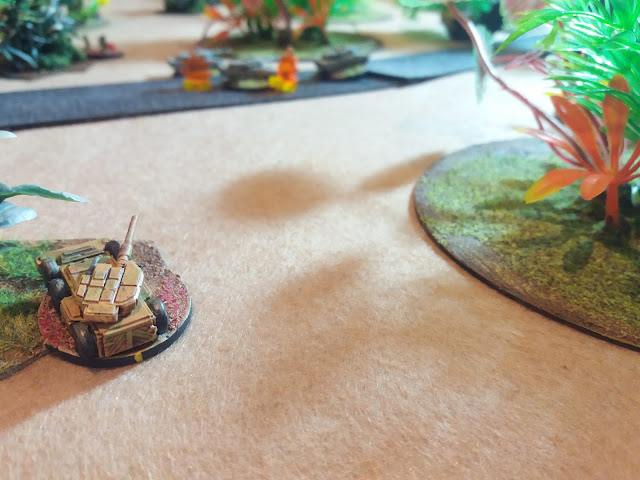 AMBUSH! An Alliance tank emerges and opens fire, damaging the PAC armour. The PAC commander realises the advance may get bogged down in rear fighting, but he can little afford this. Some units may have to fight a heavy rearguard action. 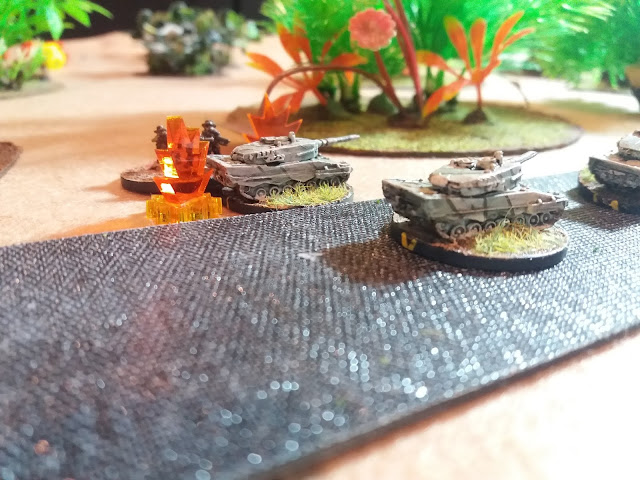 Alliance infantry charge at the PAC armour, causing damage, but taking heavy damage in the process. Any PAC casualties caused will delay or maybe even prevent a larger attack on Tedrion City. 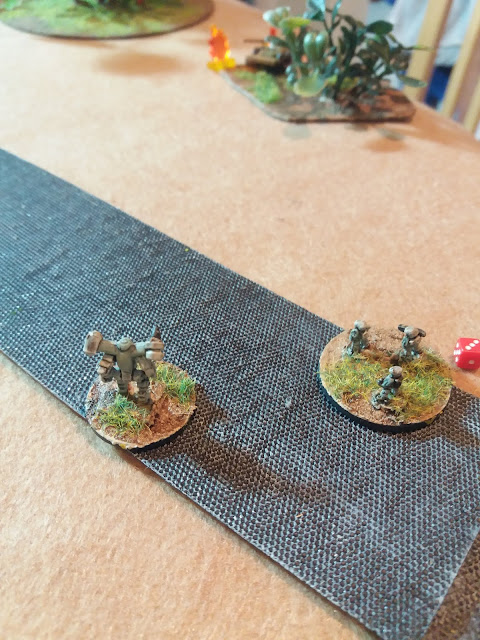 The bipedal PAC Destroyer fires a few salvos at the armour, causing even more damage. They can't afford to get bogged down fighting an unexpected battle in the middle of the jungle. 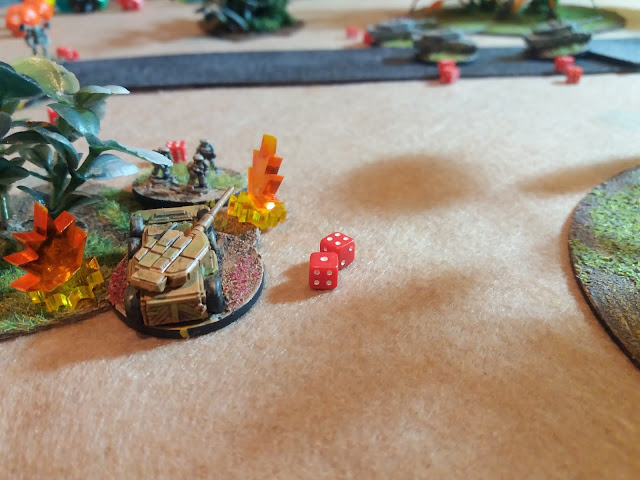 Hero PAC infantry charge the tank down and engage. Using hand held anti tank weapons they manage to destroy it, opening up the road again. 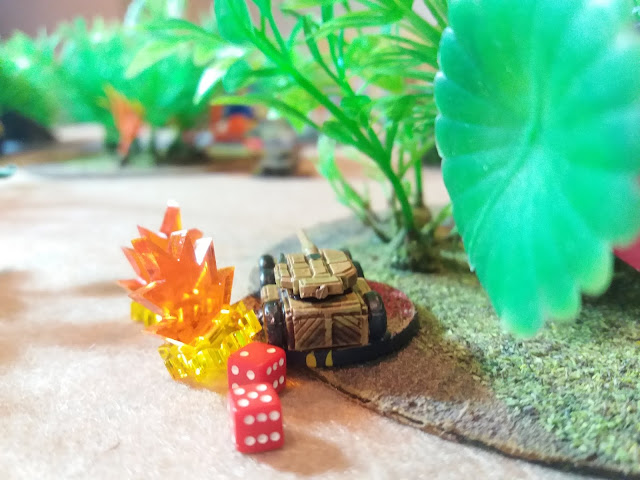 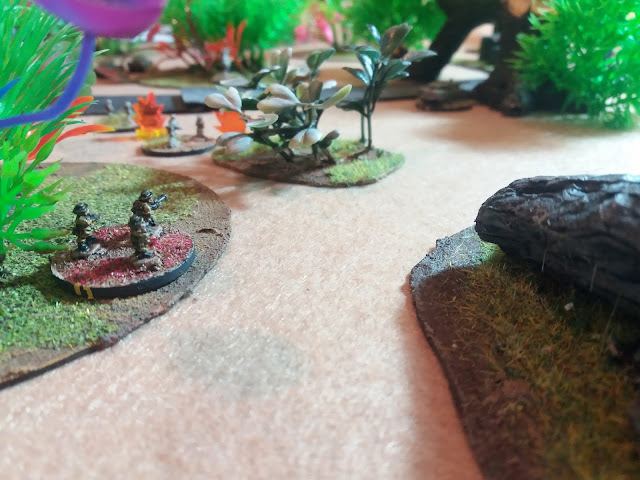 Another unit of infantry emerges from the jungle to engage. PAC infantry scramble for cover as a firefight breaks out. 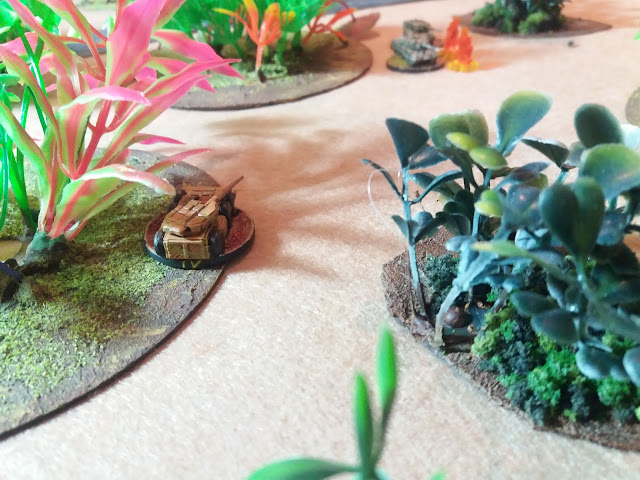 Also emerging from cover, another Alliance tank reigns down destruction on PAC armour before being destroyed itself. 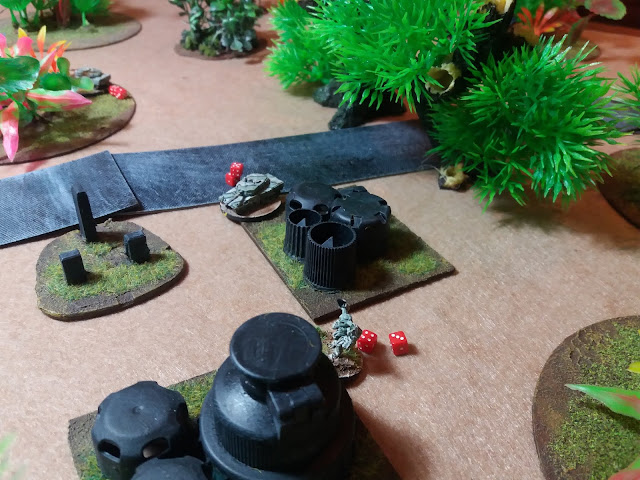 Time is running out, but the PAC forces have managed to advance to the abandoned settlement. The armour and a Destroyer set up defensive positions in case of an Alliance counter attack. 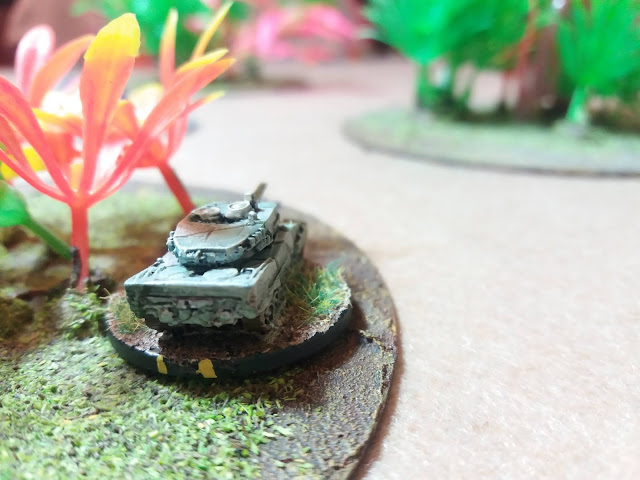 Taking her chances one of the PAC tank commanders engages some emerging Alliance armour at extreme long range. 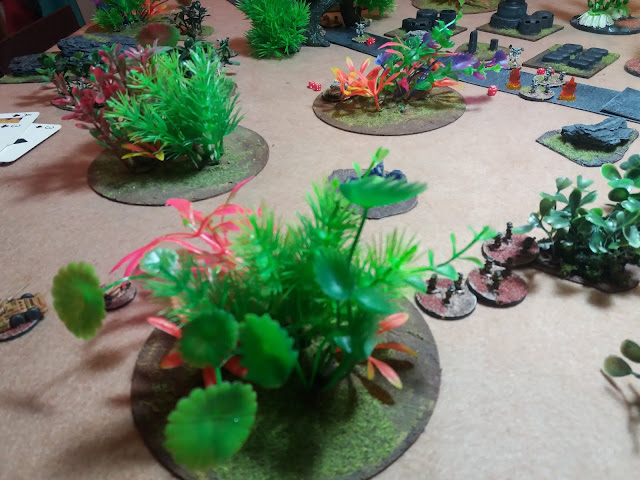 Alliance forces advance through the jungle to engage the PACA in the settlement. Any disruption caused will be worth it. This last ditch effort will hopefully be able to disrupt the planned attack on Tedrion City. 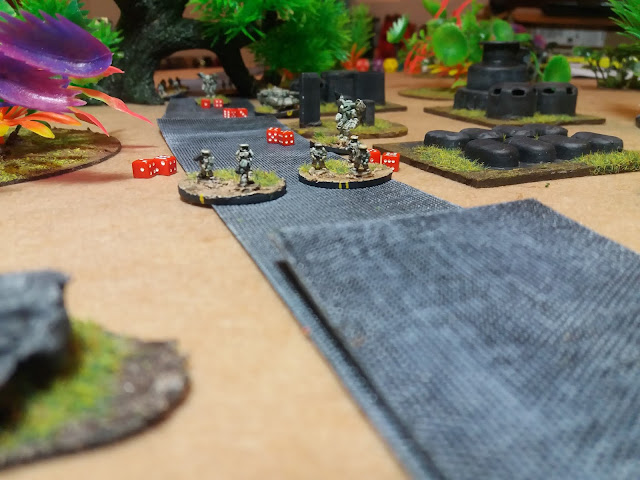 The PAC forces are nearly there. They are regrouping and forming up in the settlement ready for the final push out of the jungle. 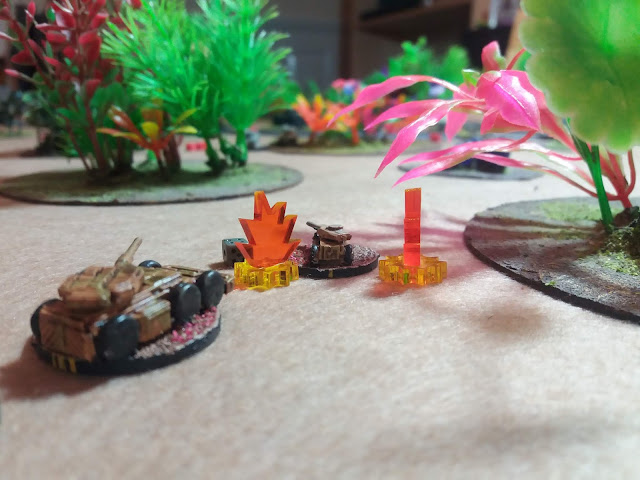 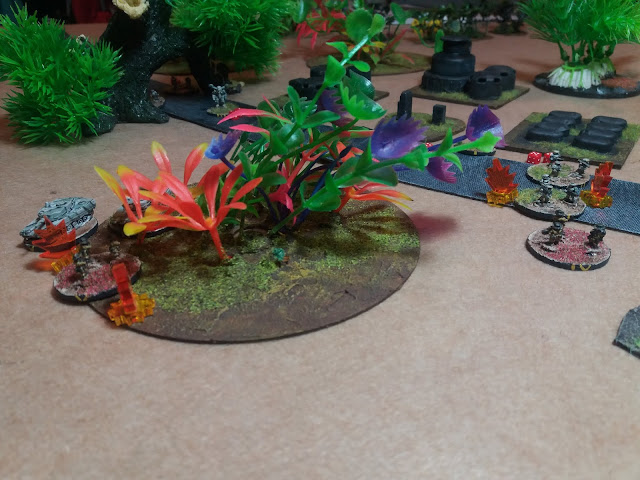 A series of close combats occur, with infantry dying on either side. At this point the PAC force can afford to take some casualties, while the Alliance are running out of reserves. 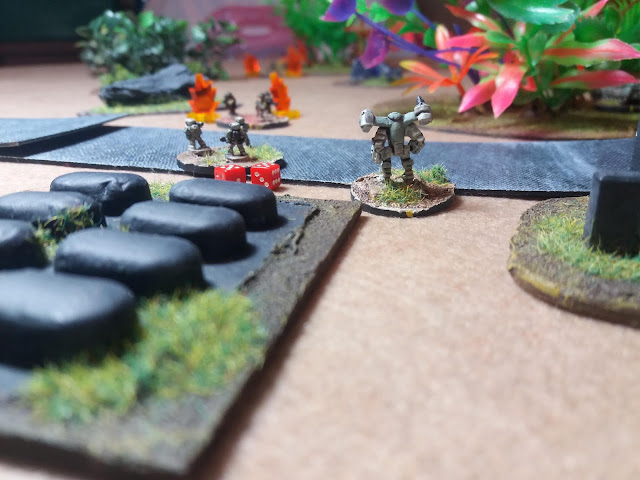 In the final monents of the battle, the lead Destroyer obliterates the remaining Alliance infantry, causing the rest of their enemies to break and flee.

While delayed and having suffered some casualties, the PAC commander considers this a victory, continuing his march to meet up with the other battlegroup and launch their attack on Tedrion City.


This was my first time using the Horizon Wars Solo extention. I did, however, modify it and invent some events based on an old game of Blitzkrieg Commander I read many moons ago.

1. For every terrain feature that the PAC forces passed, a die was rolled. 6+ resulted in a unit appearing. On another die roll 1-6 brought infantry on, 7-12 brought heavy cav.

2. Whether I misread the rules, I decided to give the AI forces just one action each. I did, however use the card based activation system. I never got to create a complication though.

3. I did not use the scenario provided. I made my own up. At the beginning of turn 5, the remaining Alliance elements would enter from the north edge to try and intercept, and follow the card system.

4. I used my breaking point chit system, stolen from the Battlegroup rules.

I quite liked the solo rules, although it resulted in a lot of close quarter combat, which is pretty deadly.