Reinforcements - completed some armour and a little terrain.

Having pocketed some bark from the park, I didn't want it to hang around in my house for over a year again so got cracking last night. It is now ready to be primed black, then have a few layers of drybrushing and a flocking. So simple, but great LOS blockers. 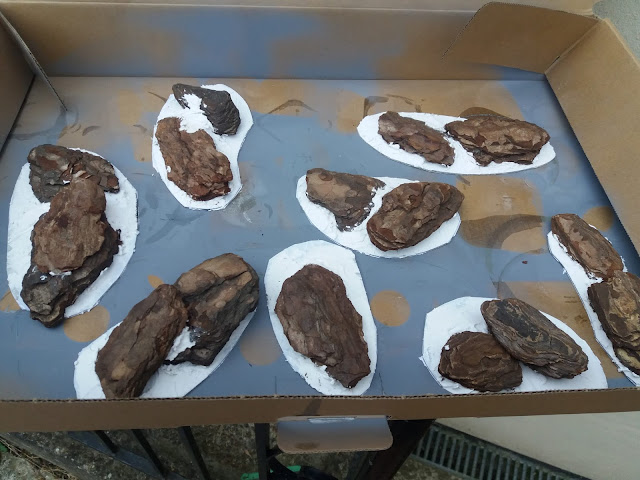 The following vehicles simply received one colour, some grey and then a highlight. I don't know who they belong to. I just wanted to get them off the painting bench. 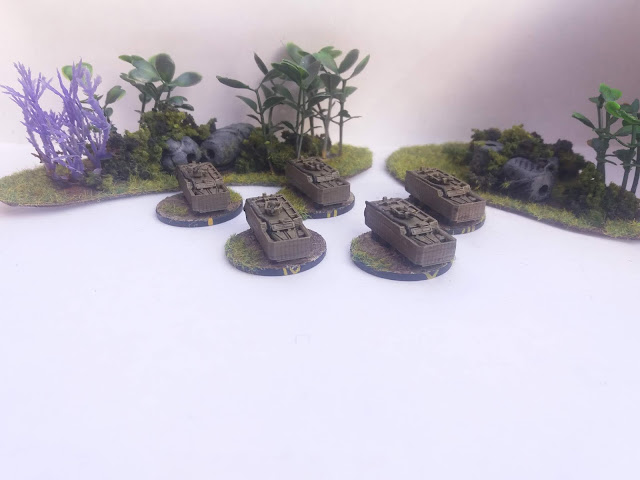 These will likely match up with either the Western Alliance or the UCS. They are a similar camouflage pattern as the other three vehicles of this type. 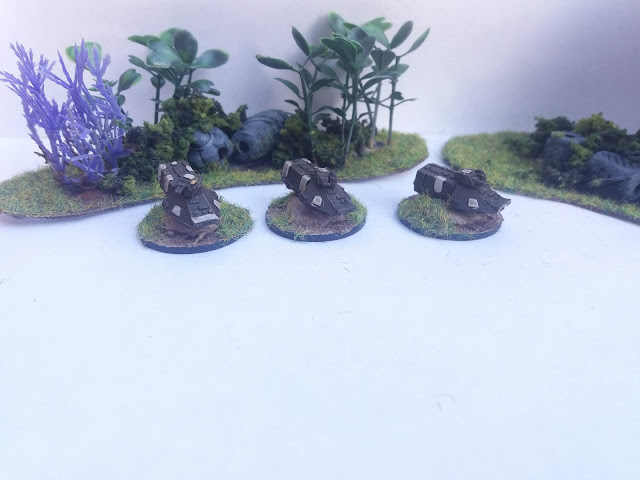 My Angry Birds McDonalds Happymeal launchers. Now they are planetary defense cannons, built into rocks. They are capable of shooting down orbiting craft. I figured they will be useful objectives and campaign mcguffins. 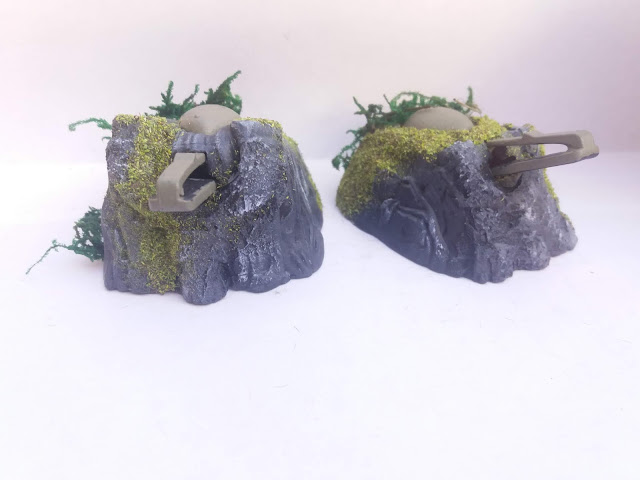 I will now be house sitting for my inlaws for the next two weeks. I hope to make use of the extra space to create things that can dry outside or in a spare bedroom.
Posted by James at 7:31 am