I shall be introducing the kids at school to the old OOP Wizards of the Coast game of Star Wars Miniatures. Discontinued in 2010, I had been collecting for just over a year, but was completely hooked. I carried on collecting and playing. I even play-tested characters for the first few community produced V-Sets until my studies and desire to play Starcraft 2 took over. After a pause, I put in a few months of training so I could compete in the 2012 Gencon tournament over in the USA, won 3 games, lost 3 games and have pretty much not touched the game since except to play a few Hoth games with my giant AT-AT.

During my year abroad in Germany, 2010 - 2011 I got into customizing the miniatures so I could have more accurate representations of new community created characters for which there weren't existing miniatures.

In preparation for tomorrow's introduction, I dusted off the miniatures and had a rifle through them. Here are a couple of my customizations, and early examples of my painting. I had not discovered washes at this point.

Behold the Tonnika sisters and some droids. 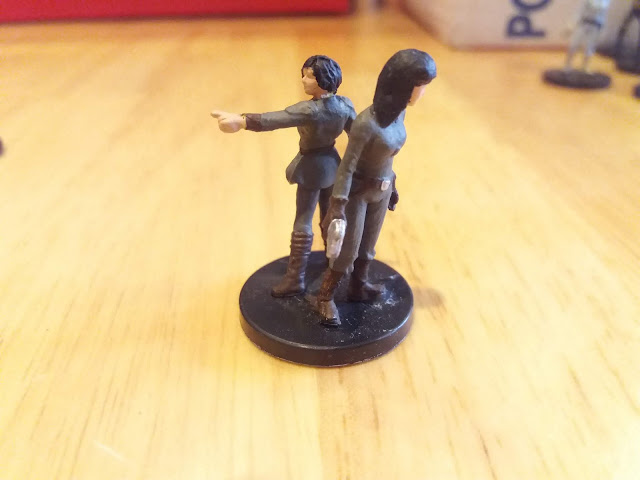 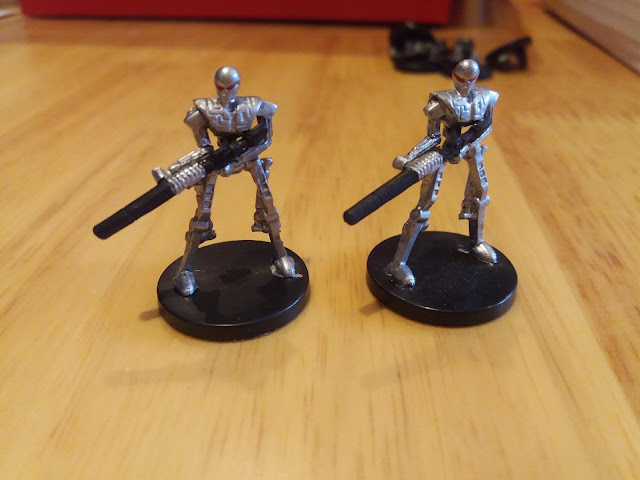