Finally finished with this faction, they now have some speedy vehicles to go along with their infantry. There are four figures per base, I think this hearkens back to my purchase of Laserstorm, a set of rules I have yet to put into use. I think it suggested that many figures per base, or something. Either way I haven't played it, and am now moving back to three figures per base. Cheaper that way and easier to paint.

The Coyotes - preying on colonists on the Fringe for years now. The vehicles are the British army Jackal and a Soviet BRDM with rockets (A22? Maybe?) I wanted fast looking all terrain vehicles without having to pay loads for sci fi specific miniatures. Both vehicles from Heroics and Ros. 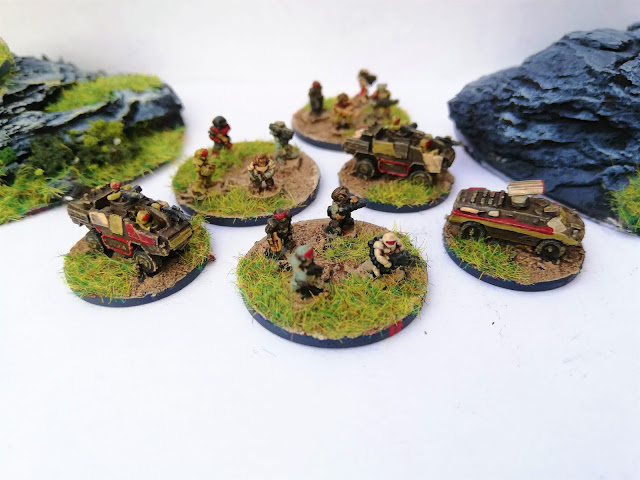 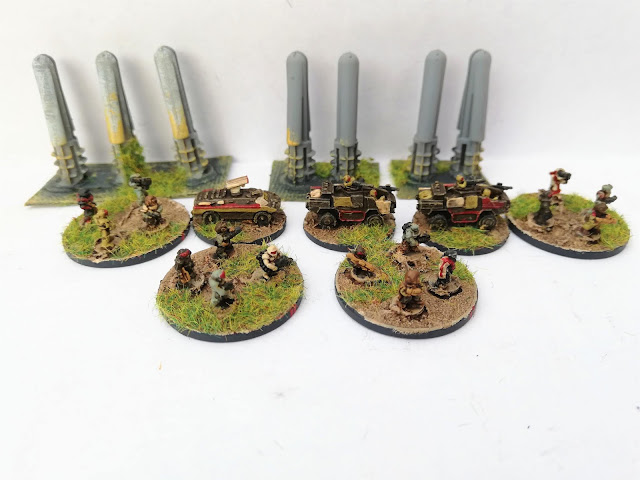 Some civilian vehicles from Heroics and Ros. The Stalwarts are very nice and sci fi looking. The pick up looks generic and I think will be fine mixed in with other things. I can also put my irregular riders in the back when painted. 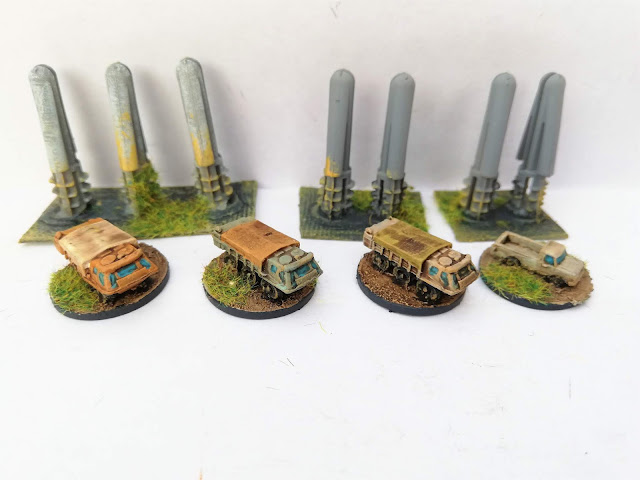