The military wing of Quansec has created its own ideas regarding command structure. The incursion onto Adonis had been led by Sector Commander Johnson. He was a company suit who had been moved over and trained by former military experts. Unfortunately bad intelligence had led the Quansec board to grossly underestimate the strength of the HySys forces stationed on Adonis. A scouting mission had, however, uncovered what was most likely to be the entire reason the Board had sent him here. Ordering the most combat effective units to converge at Research station AD16, Johnson hoped to capture it and discover why HySys had loaded the planet militarily.

Reports were coming in to fleet that a HySys attack group was approaching the system, with enough fire power to be able to disperse the Quansec logistics fleet. The troops on the ground did not have long to take the facility and investigate. At the end of each turn a dice would be rolled. On a score of 11/12, the Quansec forces would need to break off the engagement. 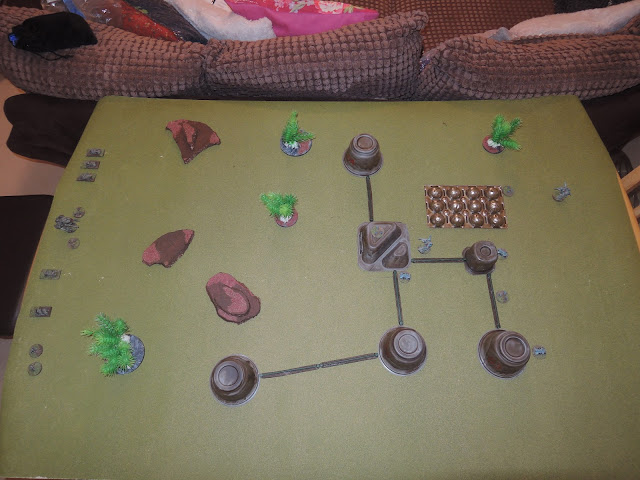 Johnson wanted his infantry and artillery to draw fire in the centre while his mechs and cavalry flank the enemy. HySys positioned themselves in cover, making themselves hard to hit. 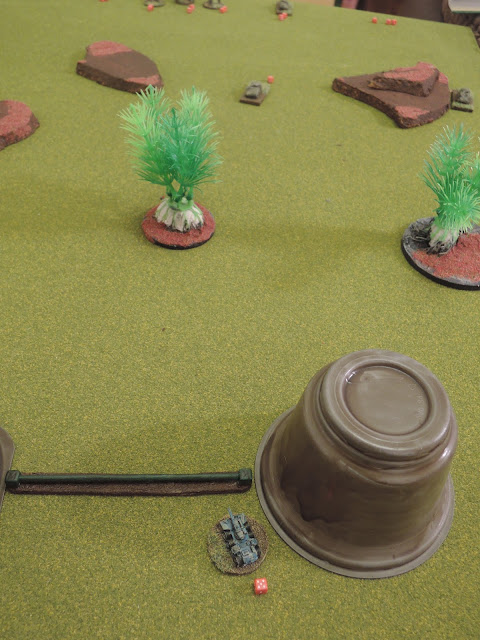 First blood. Quansec cavalry advance, but take hits from the heavy cavalry hidden behind the generator. 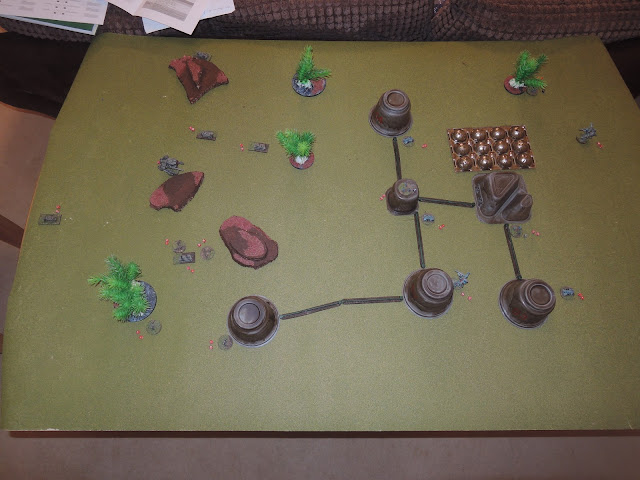 The first turn ended with a few exchanges of fire, but no real casualties being taken. The HySys fleet has not yet arrived, and is not near enough to require a withdrawal. 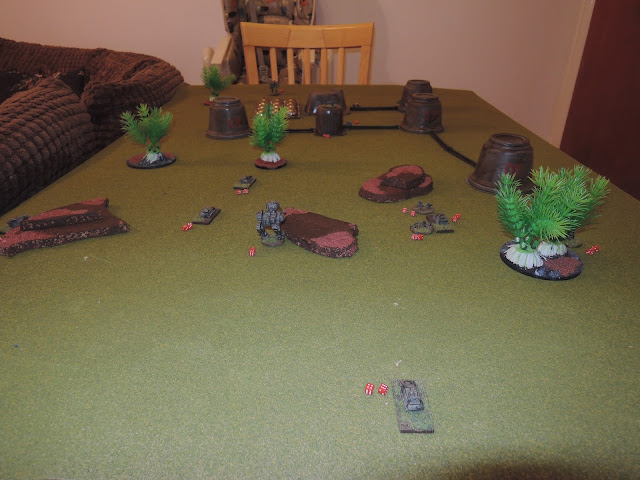 Artillery barrages taking little effect. It was lovely rolling 7 firing dice, but they were just too far away to have much effect on the heavy cavalry with their A5. Giving the P3 mech the Guide Fire ability was nice, and helped the artillery be effective later. 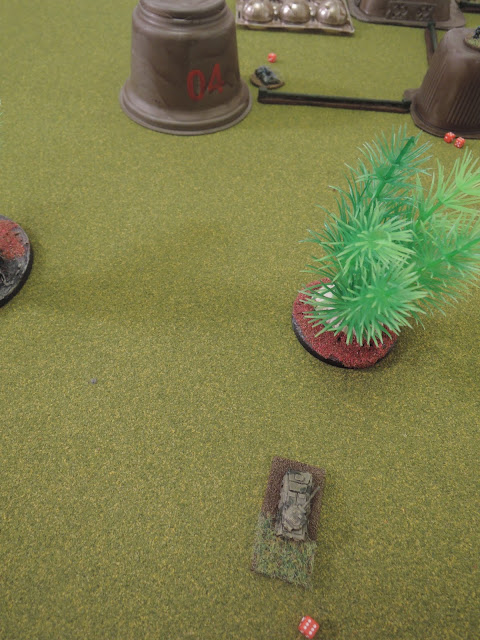 Getting caught in the open by heavy cavalry, the first casualty of the engagement happened. 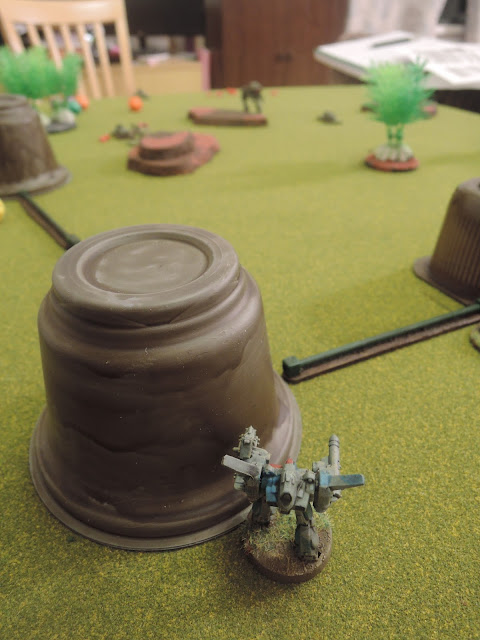 HySys CHQ mech taking pot shots ad the Quansec CHQ. Damage being done to the legs and armour, but that mech is an absolute beast. 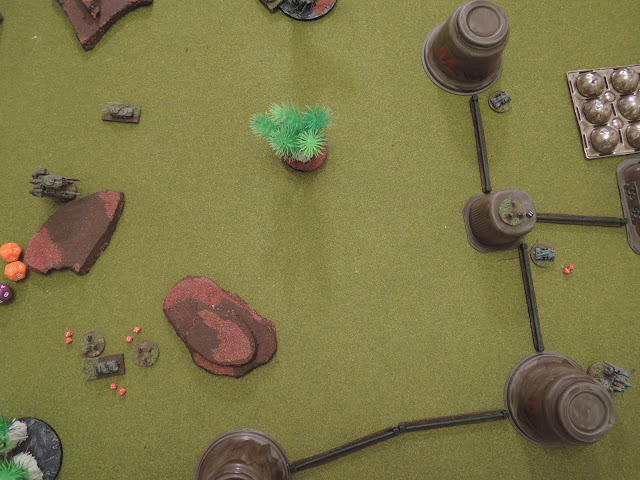 The centre is bogging down. Heavy cavalry and dug in infantry are hard to budge, and they keep pecking away at the attackers. Johnson decides to send his infantry up the right flank, supporting the light mechs. This decision would prove to be a bad one. 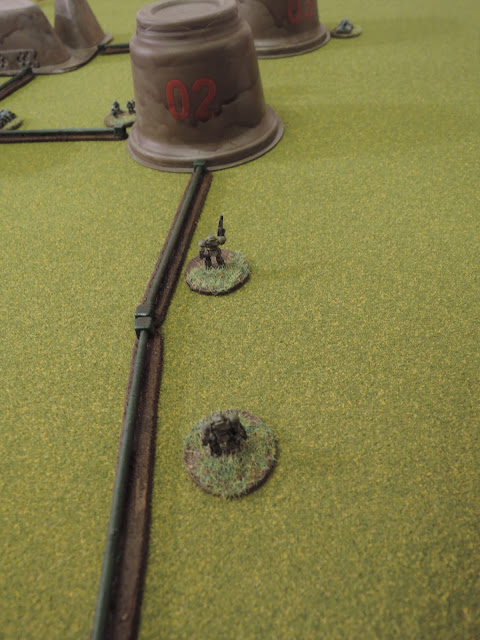 Mechs charging up the flank. Brave lads driving these new machines, testing out their combat capabilities. 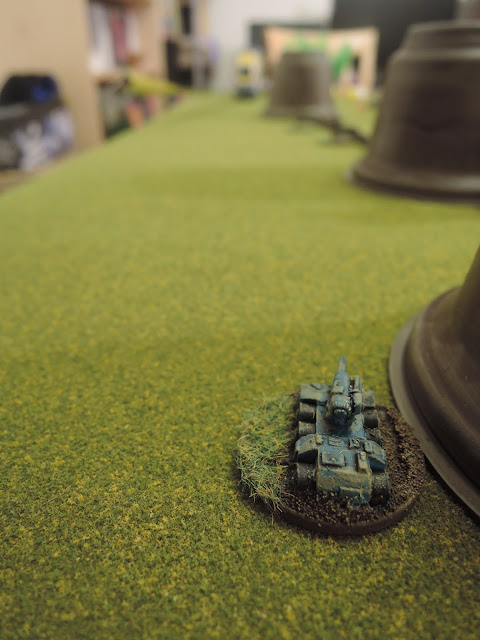 Heavy cavalry that had been waiting in the read appears to lay down fire, damaging the leading mech, but not significantly. The driver checks and still has all capabilities. 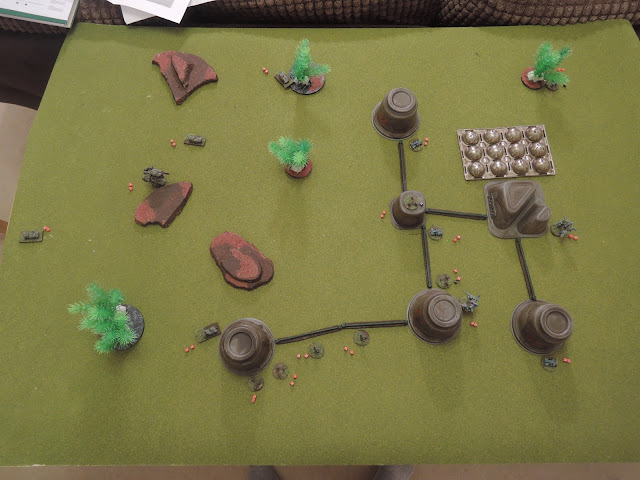 End of turn 2 and the fleet is still not danger close. 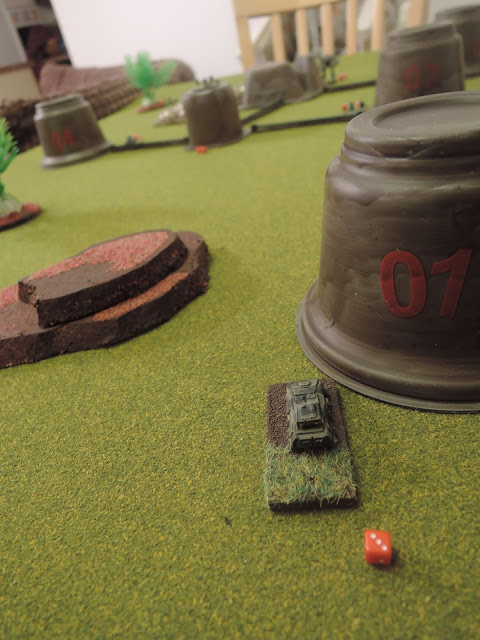 Closer to the enemy, a barrage of rockets rips into and destroys the heavy cavalry unit holding the centre. At last some good news for Quansec. 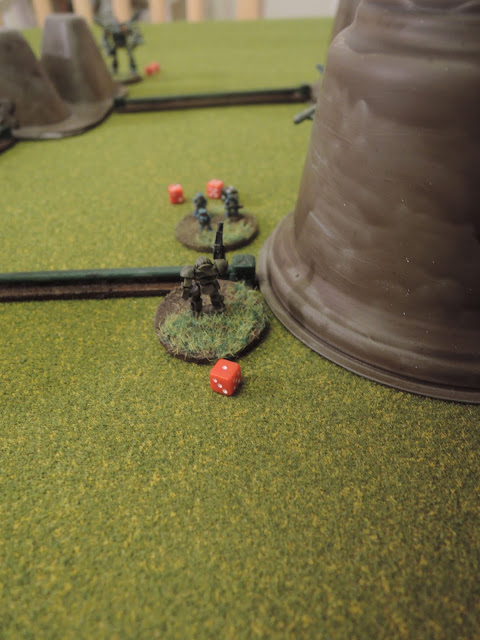 Wanting to test the capabilities of his mech, one of the drivers charges down a unit of infantry, unloading it's auto cannon. Men fall, bits of armour fly everywhere and the infantry unit is down. Survivors can be found nowhere. This hero mech. 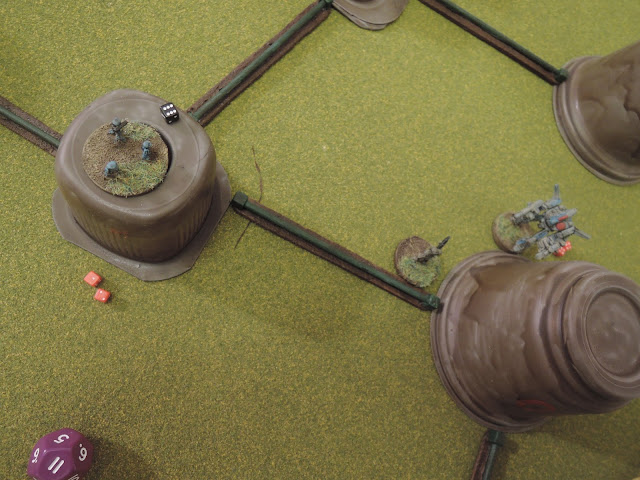 In a cruel twist of fate, the heavy infantry garrisoning the forward building unload on the mech, achieving two critical hits, directly smashing through the cockpit area, killing the driver immediately. 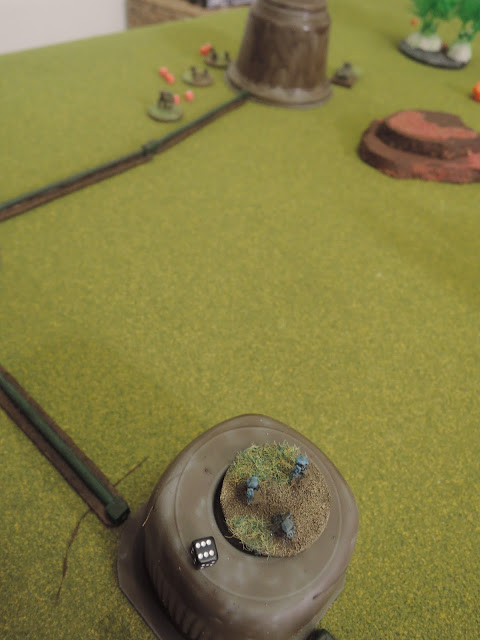 With his second attack, the Gods are with him as he also completely destroys the other mech. The Quansec flank falters and the supporting infantry look at eachother, wondering whether to push on. 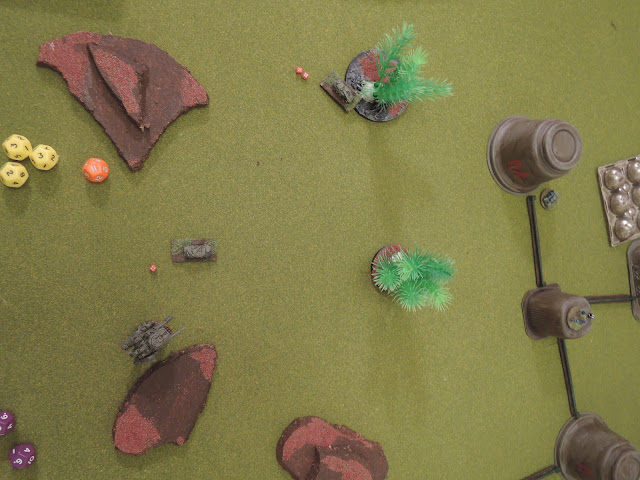 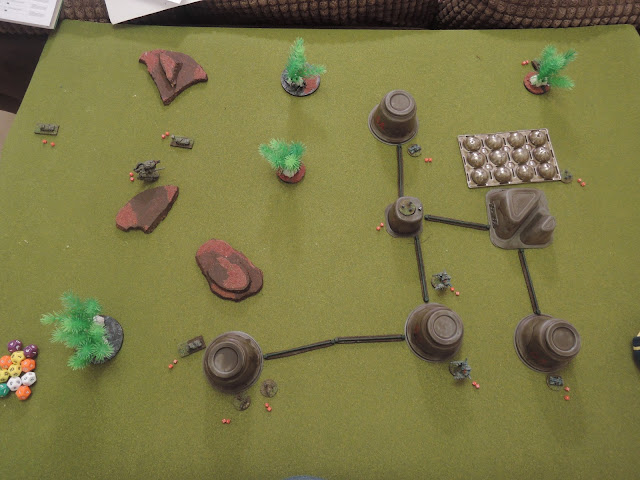 The end of the third turn heralds the imminent arrival of the HySys fleet, making it unsafe for the Quansec forces to remain in the system. The attack is rather anticlimactically called off. The Board will need to rethink how to get the information about what is hidden on Adonis.

The game ended rather too soon for my liking, but I put that stupid random ending condition in there as a part of the scenario. I will probably leave it out next time. The random hit assignment stolen from Lasers and Broadswords worked nicely though.
Posted by James at 12:36 pm