Rhoro Tharik had had enough. Scraping a living smuggling, getting just enough to keep his ship in the sky was not how he imagined life after the corps. When approached by an old friend about collecting a bounty he jumped at the chance. Life as a bounty hunter could be a lot more dangerous than life as a smuggler, but the job seemed simple enough. A Collective sniper had been found attempting to infiltrate a Quansec mining operation and was being held on the orbital platform above the 3rd planet of the Helveka system, awaiting transport.

The Helveka system is not the most important of places and the orbital platform likely only had a basic group of security operatives, although they would probably be well armed. Rhoro and his two partners Jarek O'Neil and Flint Church (both long time smugglers) arrive at the orbital platform.

For this first game I put together my characters:

Jarek O'Neil
Traits: Brawler, +1D6 on brawls
Never Back Down, Does not back off in brawls.
Weapon: Shotgun/Rifle combi: +1D6 under 12 inches, knock targets back 2 inches if within 12 inches
Body Armour: 2D6 saving roll.

They would be up against a squad of goons each with a 2D6 body armour saving roll. They are led by their sergeant, and Ace.
Trait: Inspiring Leader: -1 to fear score.
Weapon: Assault Shotgun: +1D6 under 12 inches, -1D6 over 12 inches, roll hits for all enemy within 2 inches of target. 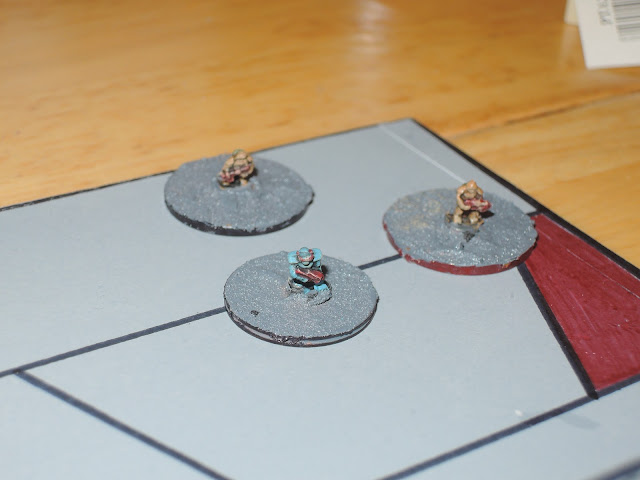 Rhoro in his blue armour, flanked by Jarek on his right and Flint on his left (red rim). 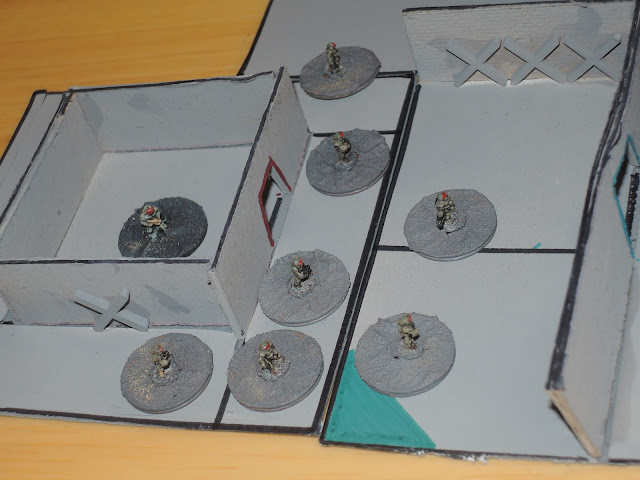 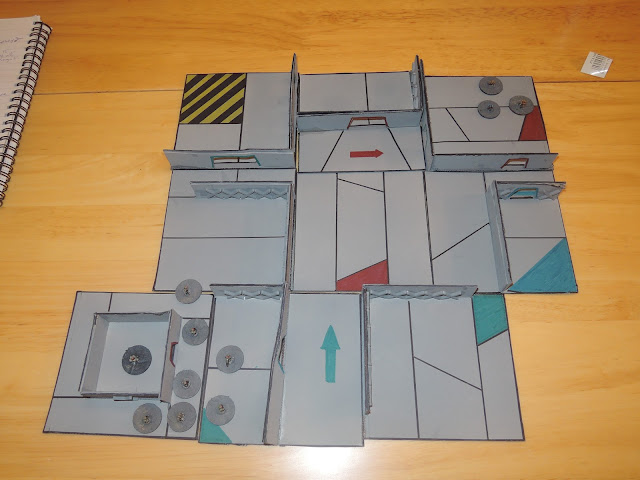 The Orbital Platform, or the level that matters. It was obvious the prisoner would be kept here as this level was pretty deserted. 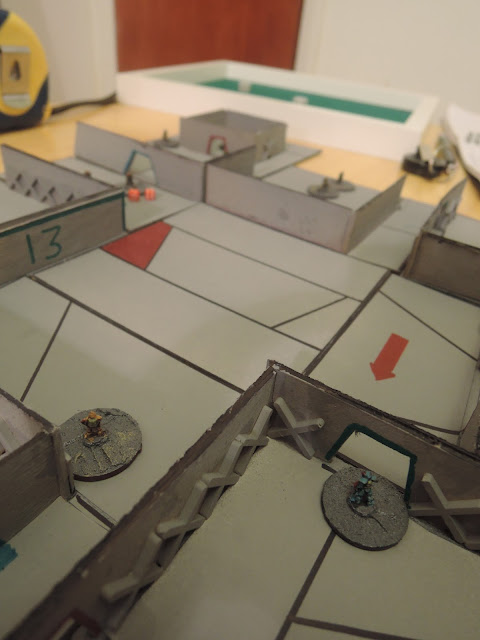 The Quansec guards hear the arrival and move out to check on what is happening. The random 1D6 of movement was interesting and meant that some moved further than I needed and others moved very cautiously. Unfortunately for them Rhoro and Jarek came out guns blazing, immediately dispatching one of the hapless guards. 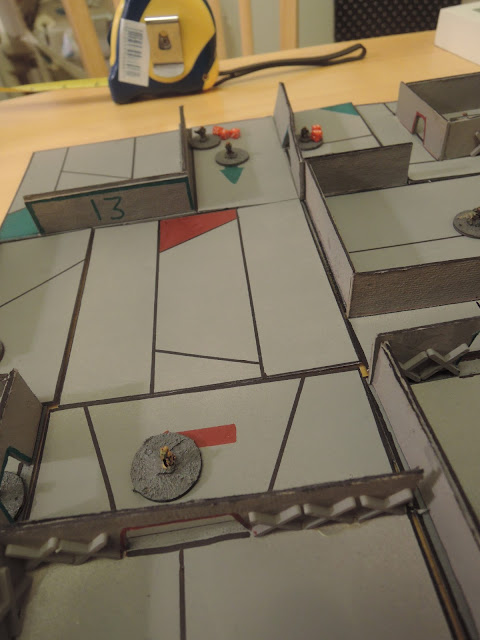 Not wanting to be out-done, Flint runs out into the open firing his shotgun with the skill he often shows. Unscathed, the leading guard looks at his armour, wondering how he got so lucky, turning around to the sergeant he stops dead. He had never seen so many holes in a person before...

The horrible death would count against a morale roll next turn. 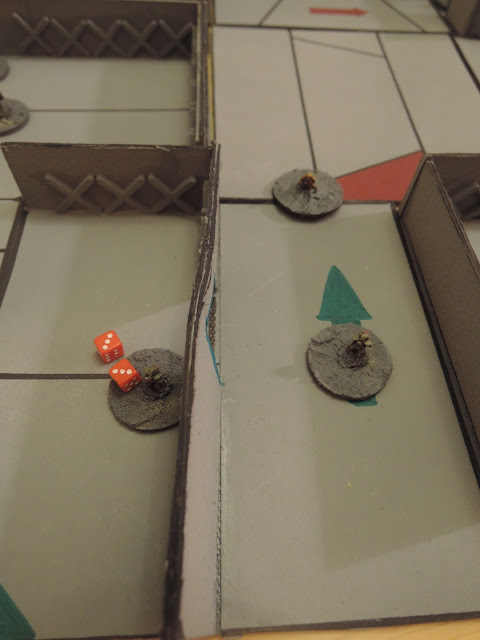 The Quansec guards just pass the morale test, but are now rattled. One more fail and they will give up the fight and scatter if possible. This isn't helped by Flint getting the initiative and charging in firing. Miraculously the guard who survived his last assault survives unscathed again. Not such good luck for his partner who goes down in a pool of blood, wondering how this day had turned out so bad. 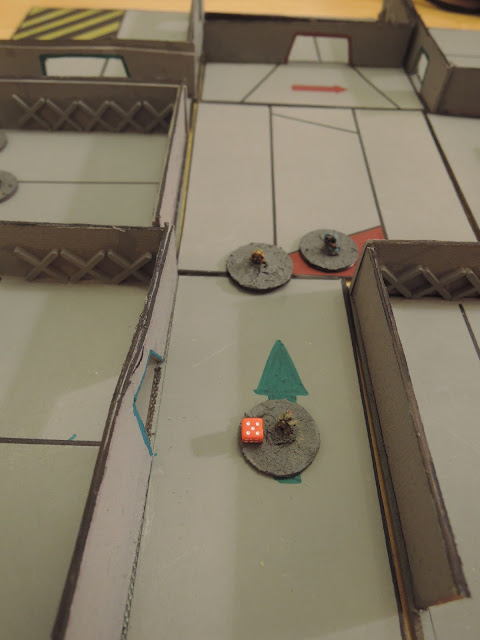 Rhoro runs up behind, firing his Raptor at the guard, pinning him. 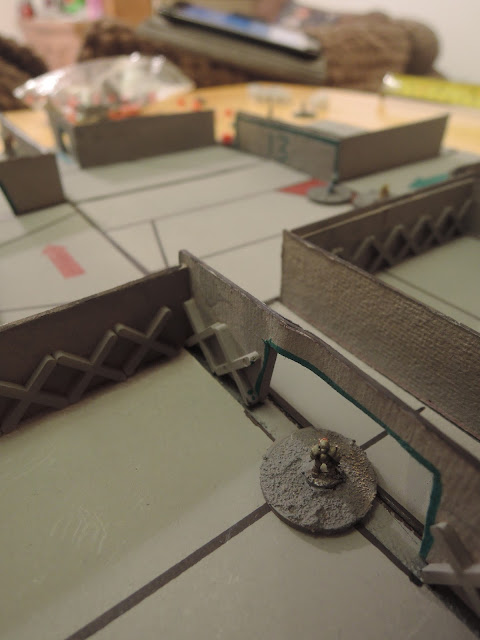 One of the Quansec guards manages to pin Jarek down from across the platform. Jarek, embarrassed scampers into cover and keeps his head down. 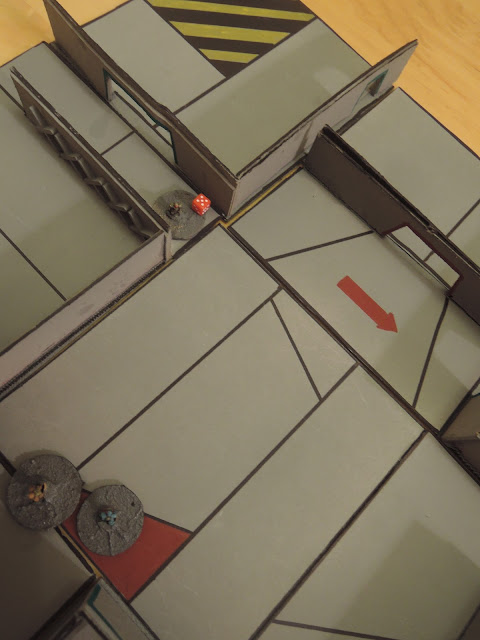 Quansec guards manage to pass their morale check this round, but only to get unloaded on by Rhoro, who pins the sneaky guard who was trying to flank them. 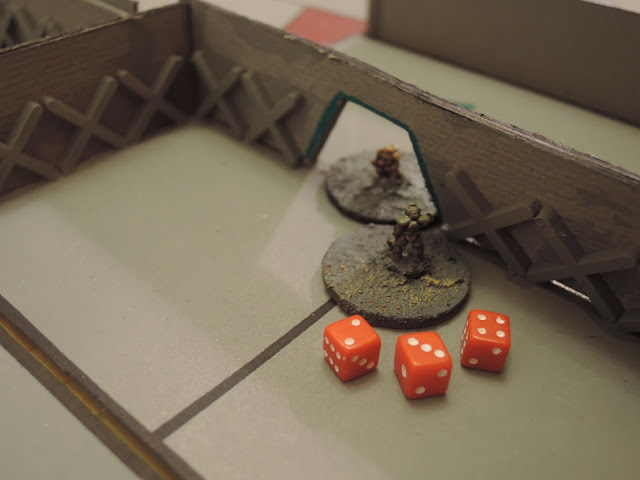 Always one to want to get close and personal, Flint charges into that guard who had escaped his shells and dispatches him with a point blank shot (brawling, but the shot seems cooler). This horrible death would be the undoing of the Quansec forces. 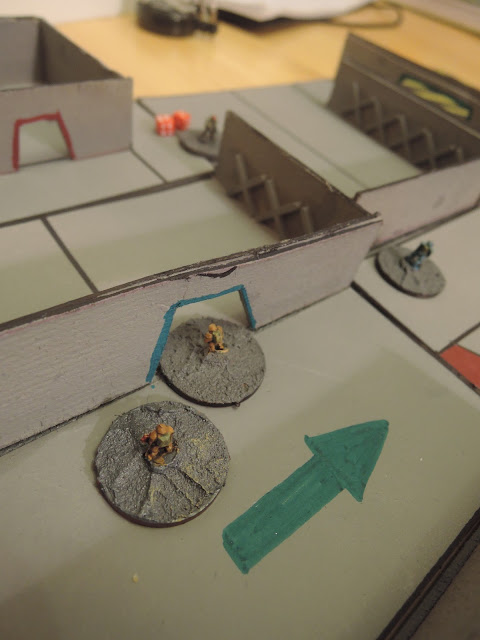 Hoping to play an important part, Jarek runs up and shoots the last guard out in the open, killing him. There were just two guards left, and they were at breaking point. The turn ended and the guards broke, fleeing. 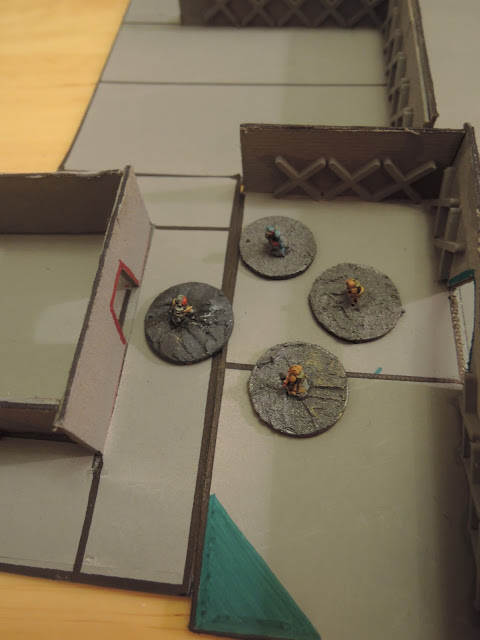 With the sniper rescued, their mission was over. Now to collect the bounty.

"Wait, I don't want to return to my unit. I have...seen things...things that need to be reported", said the Sniper.

"What kind of things?" asked Rhoro.

"I will fill you in on the way out of this system."

I found these rules to be fast (40 minute game) and have a good narrative way about them. I was never worried for my heroes, but there is enough danger to make it interesting. The Goons went down very quickly, although they did have some survivability because they were wearing body armour.