With school winding down, I found I had quite a lot to do. I got a couple of quick games in, but did not make a huge amount of progress on painting and populating my worlds. I had a bunch of Angel Barracks civilians and ruffians to paint, but because they aren't in uniform, trying to decide what colours to paint them proved difficult. Last night I just said screw it, got out some blue, yellow, light brown and went for it. Here are the characters: 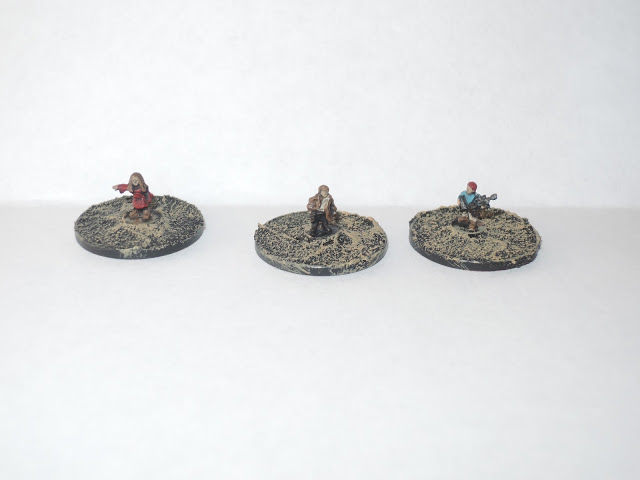 I can't decide whether these are going to be Rhoro Tharik's crew without armour, or if I will just make a new crew. They might be NPCs. I also have an unfinished woman of darker complexion, with a gun. 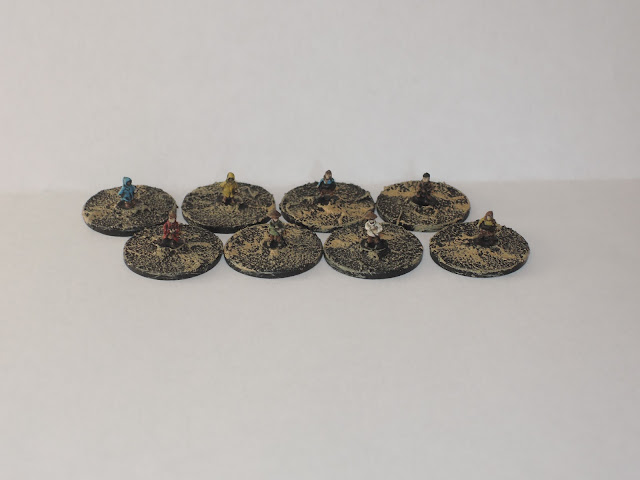 Various civilians. It will just be nice to have people to get in the way, and interract with. 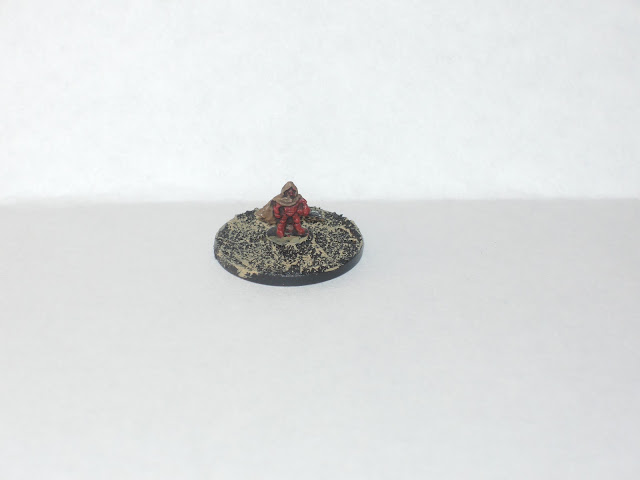 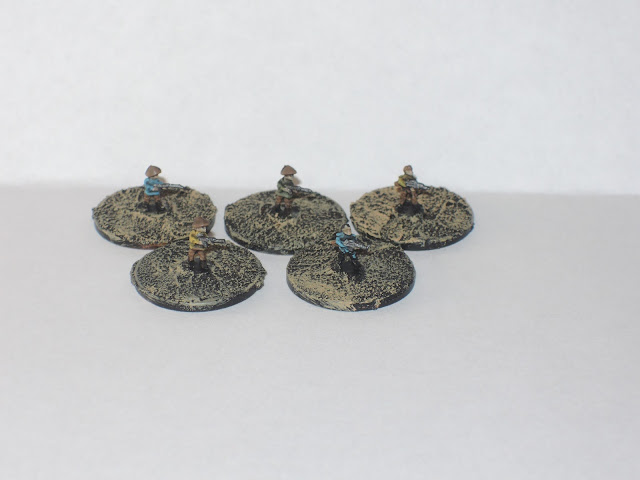 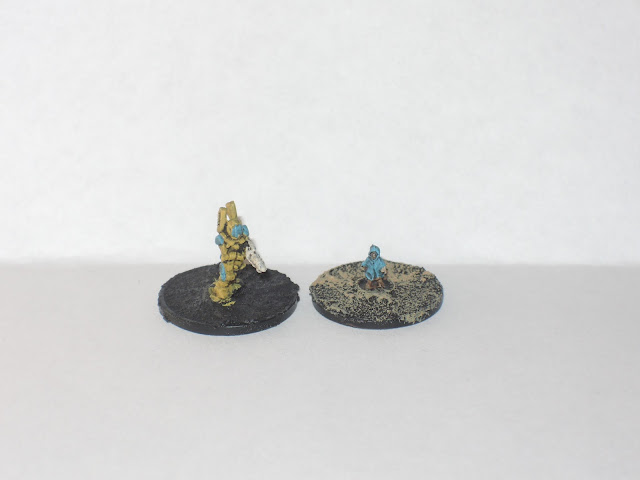 Civilian for scale. Do not mess with this person. 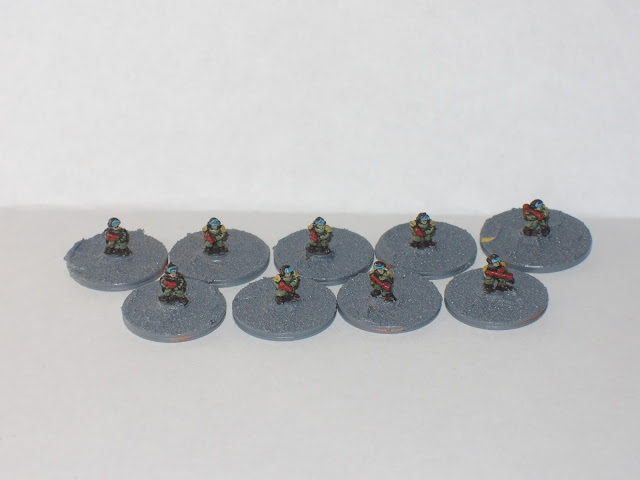