Just beyond the abandoned Meehua settlement lies another. This nameless village is still populated, although by the looks of things the people there were not the original colonists. Even though the Helveka system is too far out of the way to be profitable, it is still possible to eek out an existence farming and salvaging.

Surveying the scene, Rhoro does not like it. There is some civilian activity, but there is a new building that does not fit in. The remaining red-armoured gang members fled in this direction...maybe they are here? 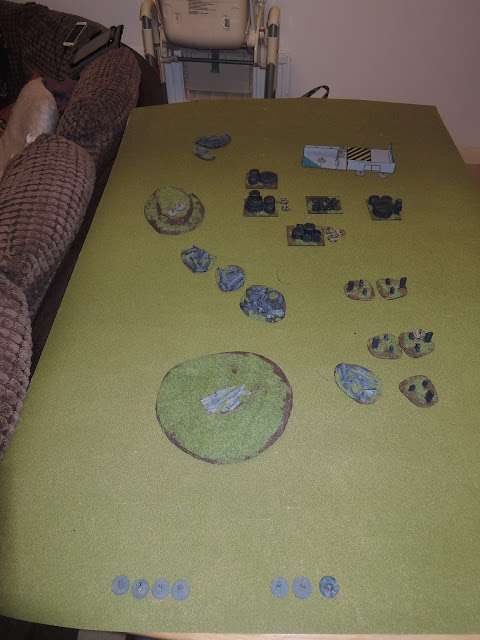 Approaching stealthily, Flint mentions to Rhoro that it might be worth engaging some of the civilians to see what is going on. 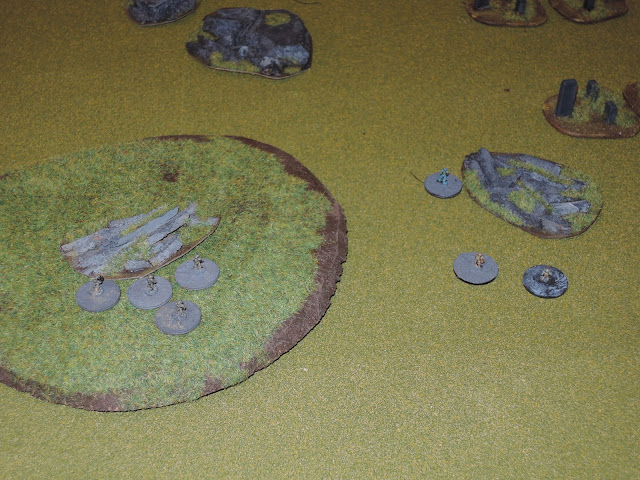 The former Quansec operatives advance, taking some high ground. They also remain out of sight. 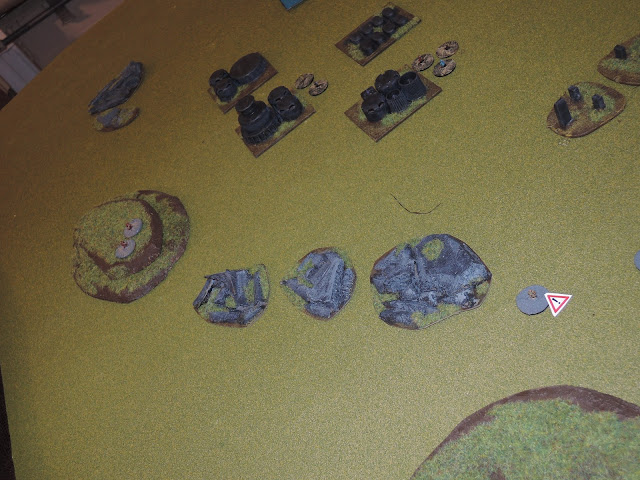 Flint gets spotted in the open! Luckily for him the goons up on the hill fail to report their sighting. A helmet malfunction means they have to take another action. 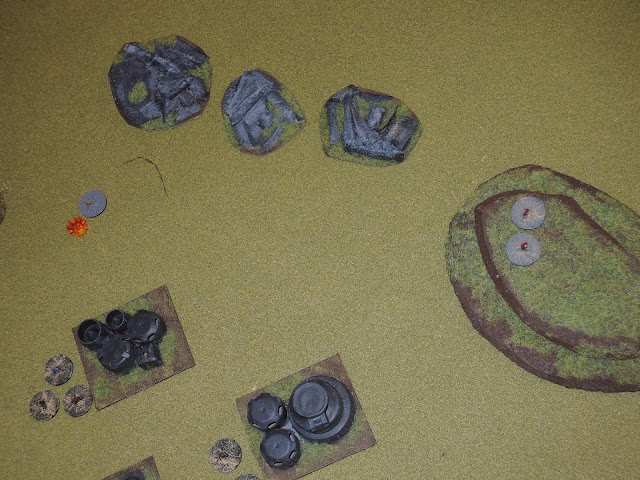 The gunshots from the top of the hill bounce around Flint, but nothing enough to worry him. 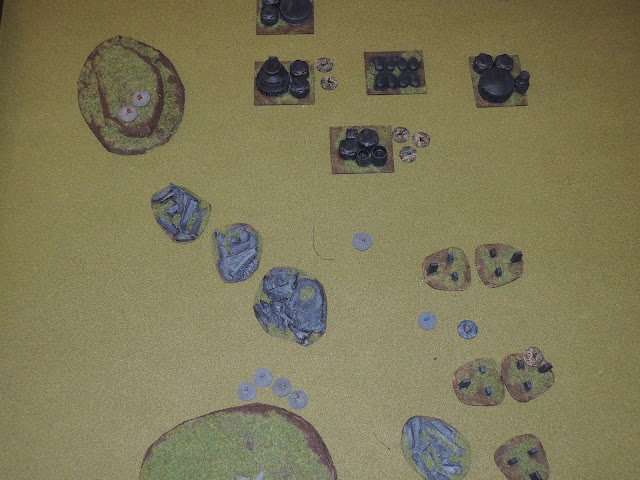 With their stealthy approach blown, our heroes make a dash to talk to the civilians. 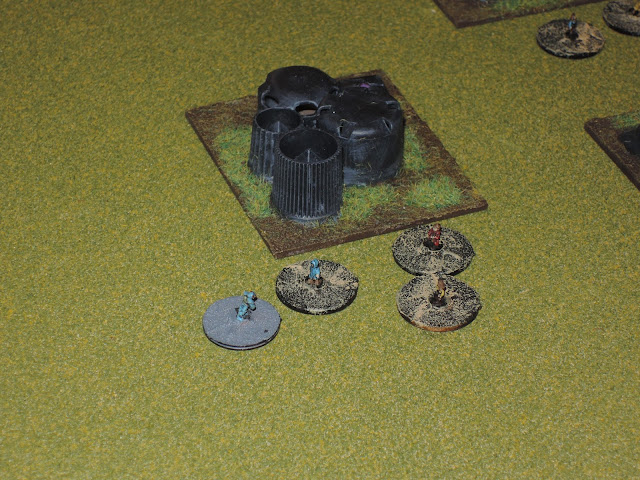 Rhoro reaches some of them, and successfully manages to convince them to take up arms. The civilians pick up their weapons and resolve themselves to take on the gang that has arrived and messed up their status quo. 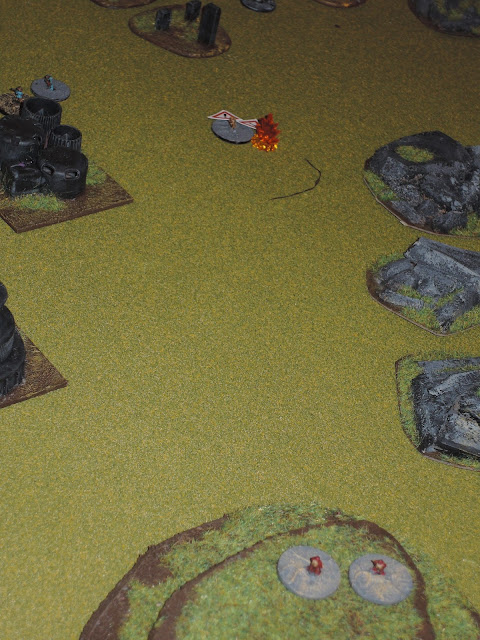 Gang members on the hill lay down fire at Flint, wounding him. He backs up behind some rocks to allow the triage unit in his armour to do its work. 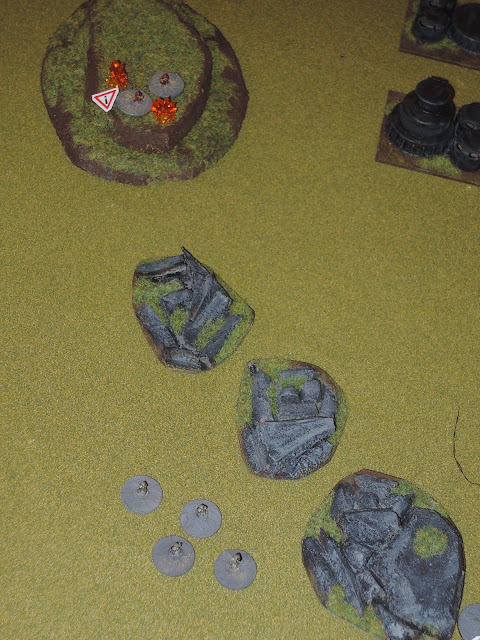 The Quansec operatives advance and cover the hilltop in fire, pinning one of the gang members down. 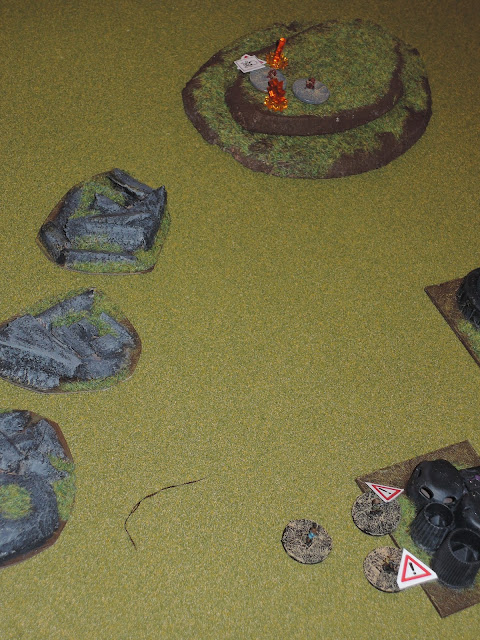 With the alarm sounded, guards at the door open fire on the villagers, sending two of them scrabbling for cover behind one of the buildings. A remaining villager runs up and fires at the guards on the hill. A lucky shot bursts through the armour, mortally wounding the guard. 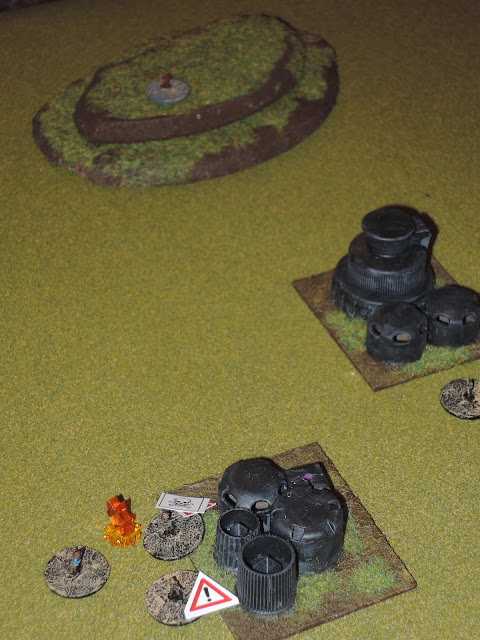 Fire is returned and one of the villagers crumples to the ground. With his last breath, he regrets his decision to leave the core worlds. 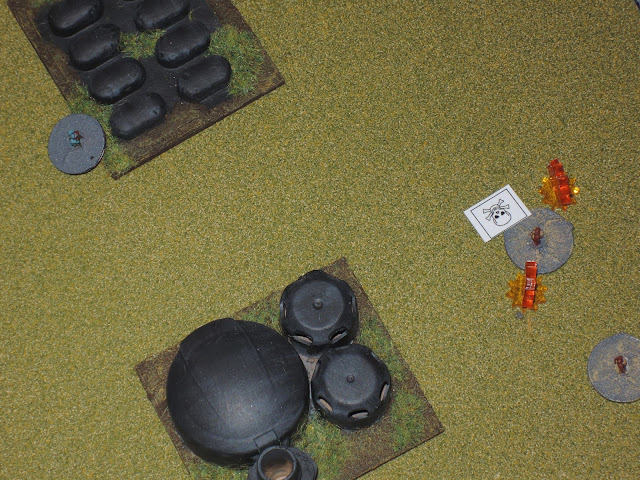 Rhoro charges towards the guards sending one sprawling to the ground in a pool of blood. 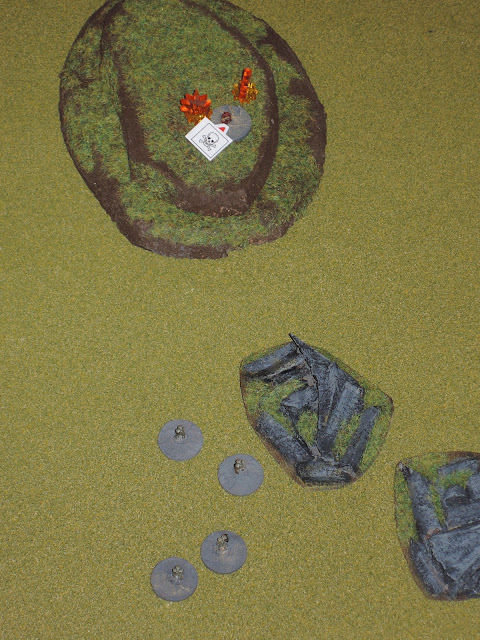 The Quansec guards break cover and shoot down the remaining sentry on the hill. He topples over, clutching the holes in his armour, trying to hold the blood in. 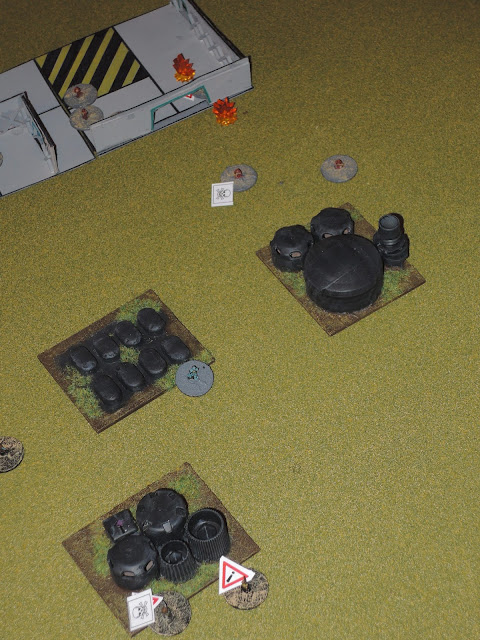 A pinned villager manages to fire into the new complex, pinning down one of the guards. 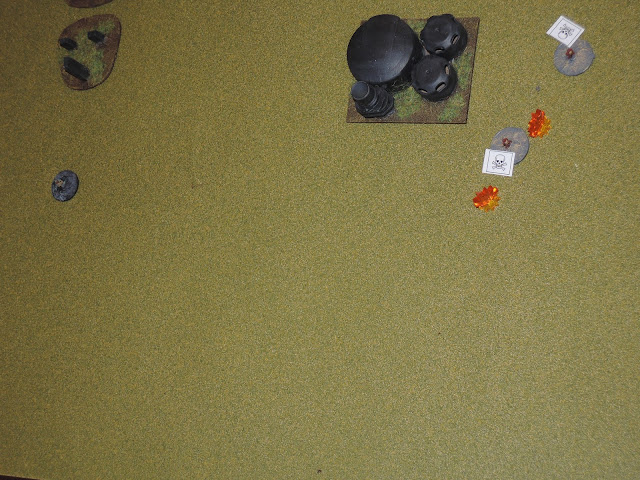 Lem, fired up to find his family, runs across and sends another guard into the afterlife. With many of their number down, the guards will be forced to check morale. They pass the test, remaining resolute to hold these attackers off. 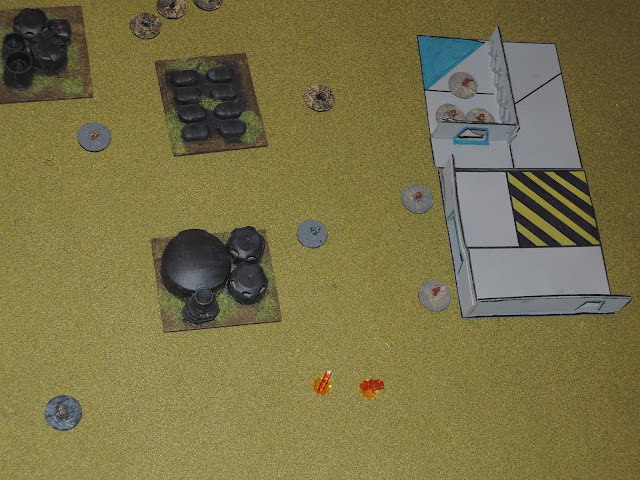 Rhoro manages to connect to their coms and explains the situation. The building is being surrounded, and they probably won't make it out alive. Anyone who wants to surrender will be allowed to leave. Two guards decide to take him up on the offer and come out of the building. They are allowed to go their way. 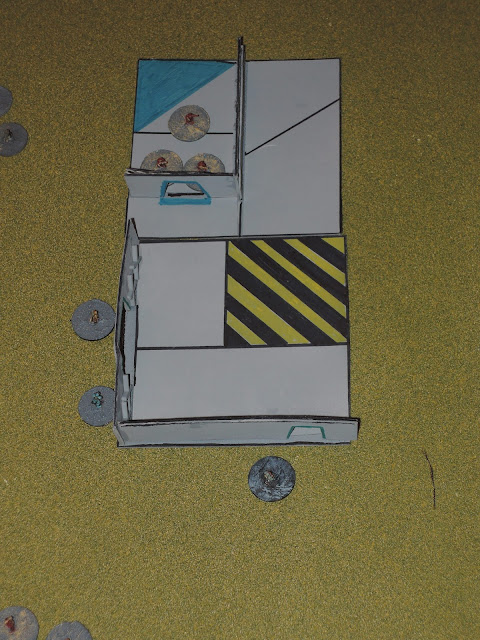 With the building surrounded, Rhoro gives the remaining members of the gang the chance to surrender. All they want to know is where the people are being held. Unfortunately for Rhoro, they did not realise they had The Buzzard in custody. He explained to our heroes that all of the sentients kept in this facility had been sold and were on their way out of the Helveka system. If he was lucky, he might be able to catch them on the Quansec research station before they were shipped to who knows where. 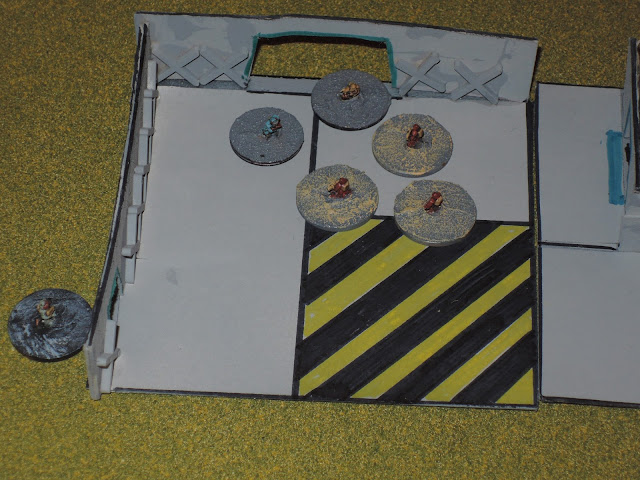 "Well I guess we need to make it up to the Research Station before they leave" suggested Flint.
"I need to be there. I need to find my family" replied Lem.
"Don't worry, we will find them" Rhoro calmed Lem down.

With that decided, our team moved out. They needed to get back to the seldom used landing port to take back off and hopefully catch up the transport ship.
Posted by James at 10:59 pm