Arthur C. Clarke — 'Two possibilities exist: either we are alone in the Universe or we are not. Both are equally terrifying.'

As humanity expands its reach this question becomes ever more apparent. Are we alone? Will something be found? Will contact be made? 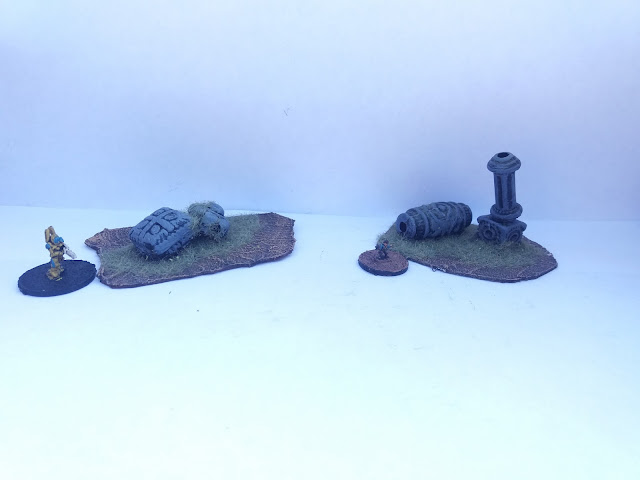 At school we run an activities week towards the end of the summer term. If you do not run an activity or organize a trip then you get assigned to support other activities either at random, or you try and get your colleagues to pick you to help with whatever they are running. Last year I didn't run anything and got lucky with the trips I helped with. I also managed to get a day where I didn't support anyone and got loads of work done.

This year, knowing I am not that lucky, I decided to run a wargaming activity. I thought, on three days I can run the same activity for different year groups. I said I can run for 12 kids each time. I thought if I have two games going on at once, three factions on each game, 2 kids per faction making decisions together. However, apparently it is much more popular than I thought and I have 20 kids on one of the days. I just spent the evenings of my holiday in away planning out battles, factions, teams and hoping that I would have enough miniatures to support three or four games simultaneously.

Here is my planning so far:

I am pretty much forced to use Horizon Wars. I had thought about other rules, but have in the end opted for Horizon Wars because I can run smaller armies. Also because it is a brilliant game.

I can have the following factions:

This puts me at 10-12 armies. I have enough terrain mats to run 2 large games (big felt mats, probably like 6x6 or so), 2 medium games (fake grass from Lidl, 1m x 2m each, could be joined if needed), and finally one small game (the original grass roll that is probably about 3x4).

I have terrain, but not loads. These past weeks I have been collecting vacuum packaging to spray and varnish as the most basic of terrain. I am tempted to draw doors and windows on them with sharpies. Yesterday I made some more modular, grassy hills. I am looking to create roads also and have found what looks like a good way of doing it.

I will update with pictures as the event nears. But I just wanted to get some ideas out on the web. Does anyone have ideas?
Posted by James at 1:26 pm No comments: